Here’s A List Of Some Of The Most Unusual Animals, Reptiles Available At A Typical Wuhan Wet Market
Ford Springer Reporter
December 18, 2017 3:53 PM ET
Font Size:

Eminem is all for making America great again, but he clearly doesn’t think Donald Trump is the man to make that happen.

The 45-year-old rapper just released a new album called “Revival” in which he raps about politics and race more than he ever has. In an interview with Vulture published Monday, Eminem revealed that, like Trump, he wants to “Make America Great Again,” but argued that the president needs to be impeached for that to happen.

“All jokes aside, all punch lines aside, I’m trying to get a message out there about him,” Eminem said. “I want our country to be great too, I want it to be the best it can be, but it’s not going to be that with him in charge.” 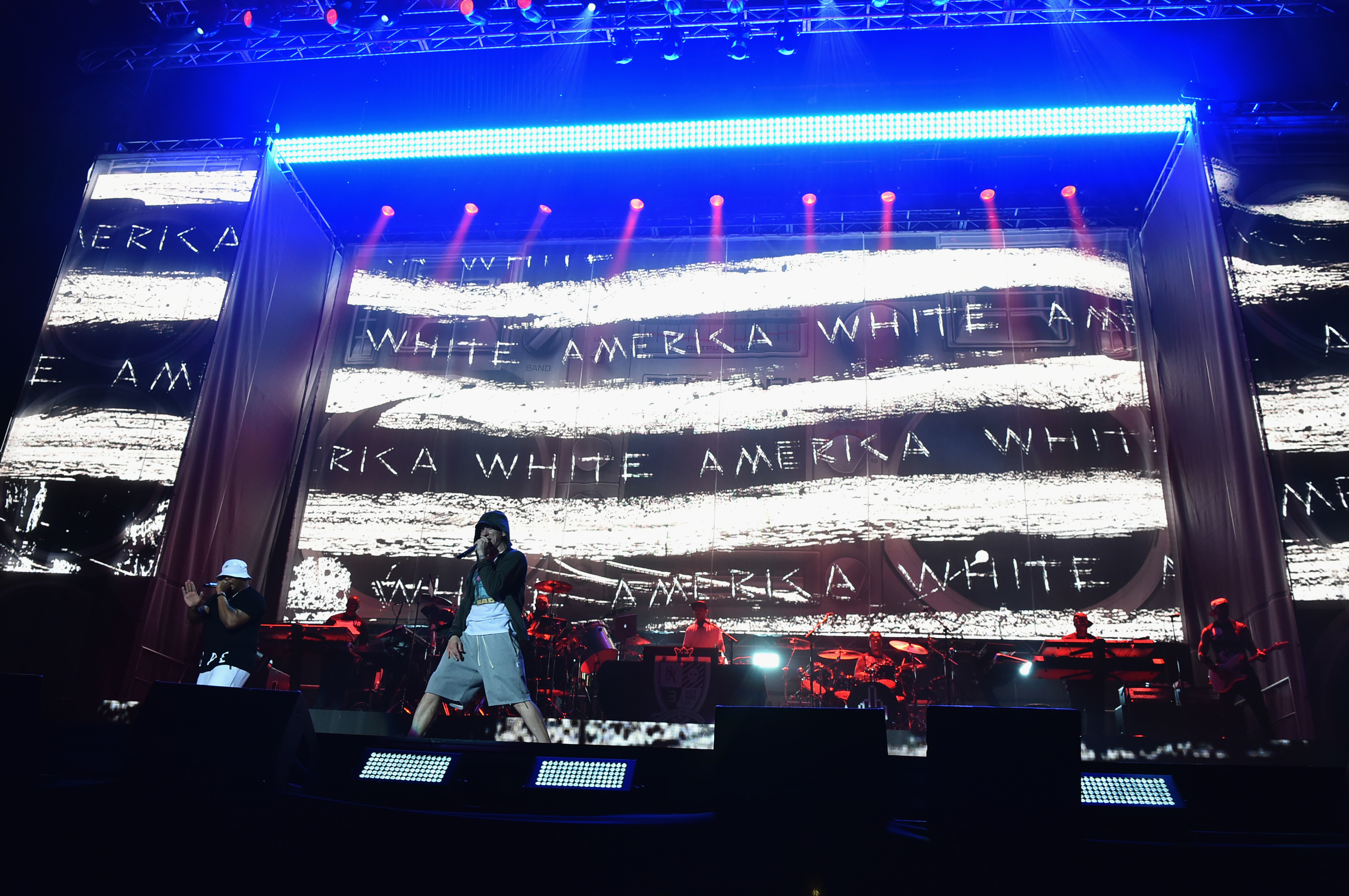 At first Eminem didn’t hate the idea of having someone like Trump, who’s never been in politics, running things in Washington, but he’s flipped on his opinion of him since then. He’s hoping the 45th president gets impeached sometime in 2018.

“I remember when he was first sniffing around politics, I thought, We’ve tried everything else, why not him? Then — and I was watching it live — he had that speech where he said Mexico is sending us rapists and criminals. I got this feeling of what the f**k? From that point on, I knew it was going to be bad with him,” the rapper said. “What he’s doing putting people against each other is scary f**king shit. His election was such a disappointment to me about the state of the country.”

Now Trump makes his “blood boil,” leading to the president becoming the subject of a recent freestyle and the inspiration to multiple songs on his new album. Eminem even admitted to trying to get a rise out of the president and has some things prepared for him if he ever does.

“It’s not so much about him hearing something I have to say, because there’s nothing I’m saying about him on ‘Revival’ that he doesn’t already know about himself. It’s more that I want him to answer me because I got ideas for all kinds of shit to say back to him if he does,” the “Lose Yourself” rapper said. “I’m not going to give any away now, but I’ve got lines ready if he says something about me. I get almost flustered thinking about him — that’s how angry he makes me.”