After the House passed a historic tax reform bill Wednesday, key members of the Republican caucus headed over to the White House for a victory lap. Mitch McConnell and Paul Ryan were there along with a multitude of senators and congressmen who had a major hand in passage of the ultimate bill.

President Trump also delivered remarks from the south side of the White House, during which Tim Scott, Republican senator from South Carolina, stood behind his left shoulder. Scott served as one of the key advocates for the bill during heated debates on the senate floor and cable news over the last few months. 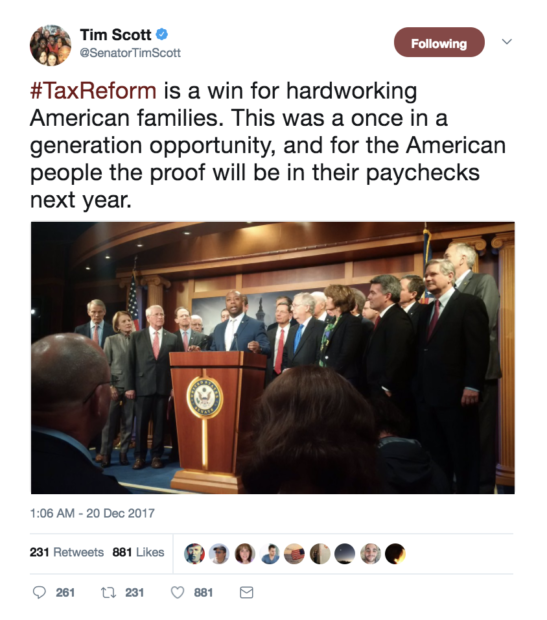 However, some online commenters did not appreciate Scott in the background of the speech. Huffington Post contributor and political and pop culture analyst Andy Ostroy had a particularly bad take on Scott’s presence, calling the senator a “manipulated prop” for being the “ONE black person” standing by Trump. 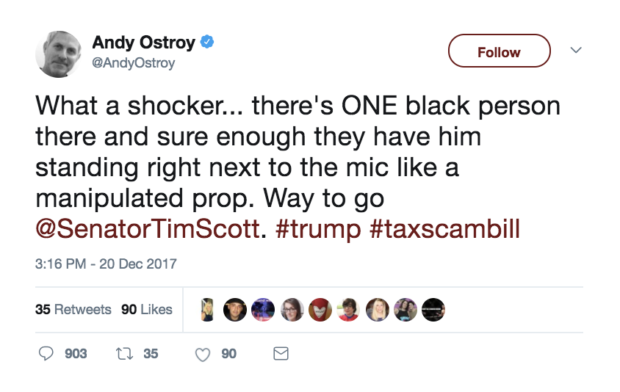 Tim Scott hit back on Twitter with pure fire. 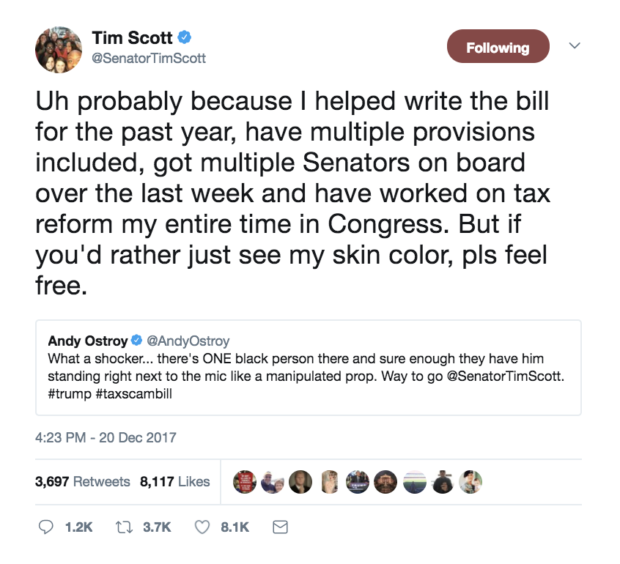