“All The Money In the World” director Ridley Scott admitted that he wasn’t “completely surprised” when the allegations of sexual misconduct came out against one of the stars of his movie – Kevin Spacey.

“[I was] not completely surprised, and I knew there’s a bit of a reputation,” the 80-year-old director told ABC’s “Nightline” in a report Thursday. “”I keep out of that. I don’t concern myself with that. I don’t read tabloids. I don’t touch it. All I’m concerned about is the individual as an artist.” (RELATED: ‘The View’ Blasts Kevin Spacey For Tying Homosexuality To Pedophilia) 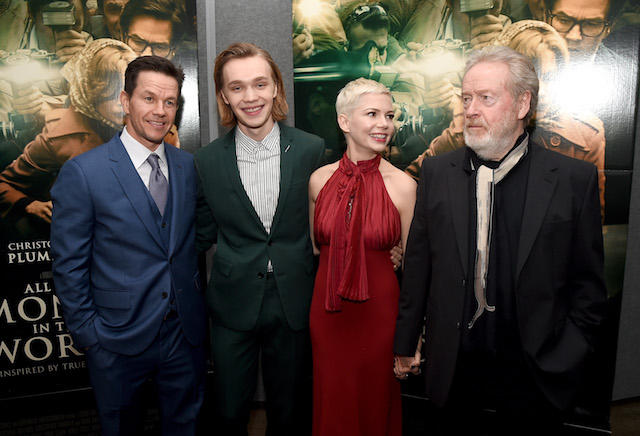 Scott, who had originally cast the former “House of Cards” star to play billionaire John Paul Getty, decided after the film was shot to recast and reshoot the movie without Spacey and replace him with Christopher Plummer. The move came about following the flood of allegations of sexual harassment and assault against Spacey that started after Star Trek actor Anthony Rapp accused Spacey of making a sexual advance towards him when he was 14 years old at a party in 1986.

At first, Plummer wasn’t keen on taking the role.

“He said, ‘Screw you. Why didn’t you offer it to me in the first place?'” Scott explained.

Plummer then changed his mind and jumped into the role. They flew to London two days later and the reshoot took nine 18-hour days and 22 scenes taking place in two cities, London and Rome.

Though Scott hasn’t spoken to “The Usual Suspects” star, the director said he hopes all of Spacey’s work isn’t forgotten due to the allegations and thinks he should still receive praise for them.

“I think it’s a big endless debate and a big question, but I think yes, it should be. That film that he did, ‘American Beauty,’ is a great movie. What are you going to do, take that away from him? You can’t,” Scott shared.

“All the Money in the World” hits theaters Christmas day, three days behind its originally planned release date.