Donald Trump fired off a tweet at North Korean despot Kim Jong Un Tuesday night that had the world talking. 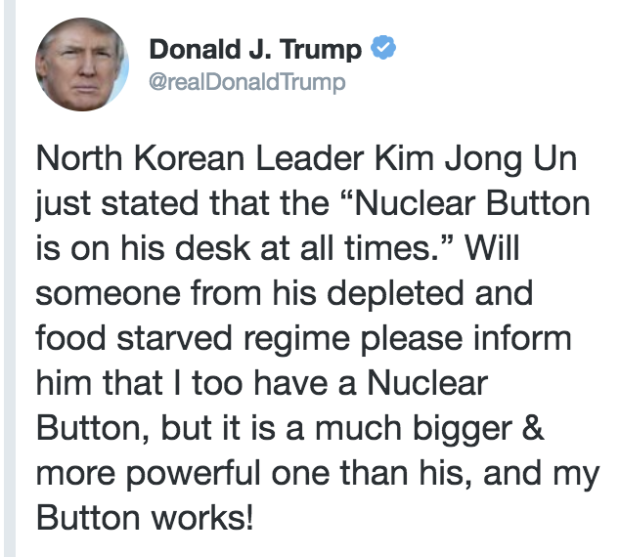 At Wednesday’s White House press briefing, Sarah Sanders faced a litany of questions over the tweet. Sanders was asked by one reporter if the tweet would harm the curtailing of a nuclear North Korea and not “help” allies in the region.

Sanders then dropped a scorching hot nuke of her own on Barack Obama’s legacy in the region.

“I think what didn’t help was the complacency and the silence of the previous administration,” Sanders said. “This is a president who leads through strength and he’s going to do that. He’s going to focus on everything that he can do in order to keep Americans safe and he’s not going to be pushed around by the leader of North Korea.”

Sanders went on to say that the policy for North Korea is to “apply maximum pressure” and then “hopefully North Korea will make better decisions.”