James Damore, the ex-Google employee fired after writing a memo decrying Google for pushing diversity, is now filing a lawsuit against the company.

The class action lawsuit, filed Monday by Damore and another ex-Google employee, alleges that Google discriminates against conservative white men. Or, as put in the lawsuit, their “perceived conservative political views,” their “male gender,” and their “Caucasian race.”

The lawsuit gives an alarming glimpse into the runaway progressive culture present at Google. One of the more brazen tidbits the document provides is evidence of a number of Google employees outright endorsing political violence against “Nazis.” Who qualifies as a Nazi? According to one employee, Breitbart is on that list.

The following screenshots are provided in the lawsuit under a section titled “Google endorsing political violence.” 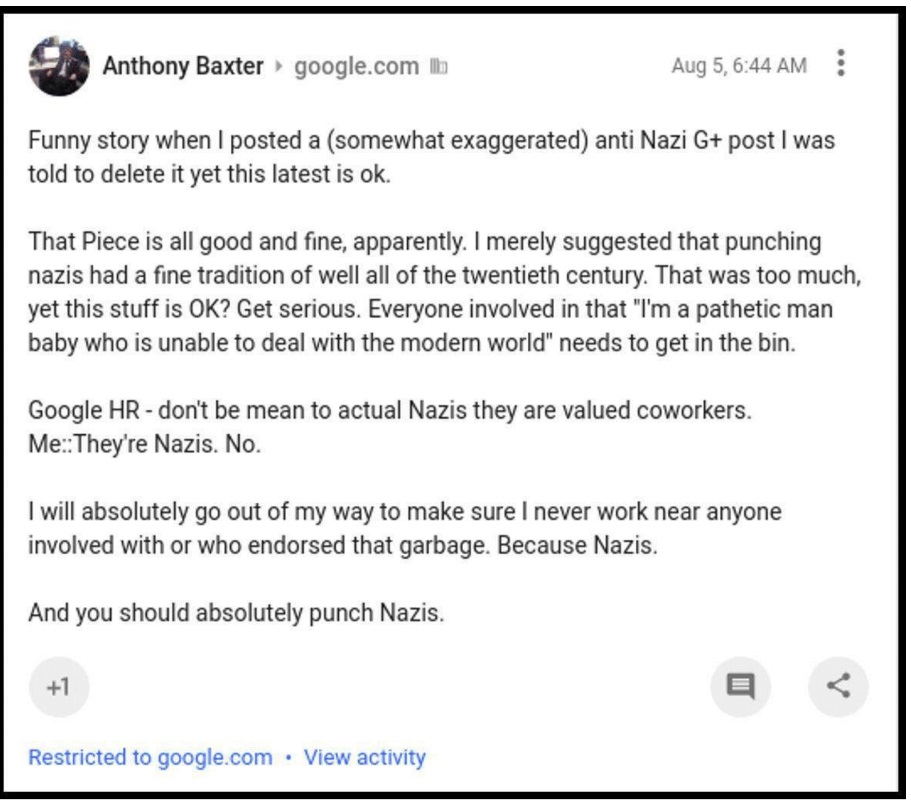 One employee wrote that “you should absolutely punch Nazis.”

Another wrote that Breitbart is “pro-Nazi” in a discussion on “Nazi” punching. 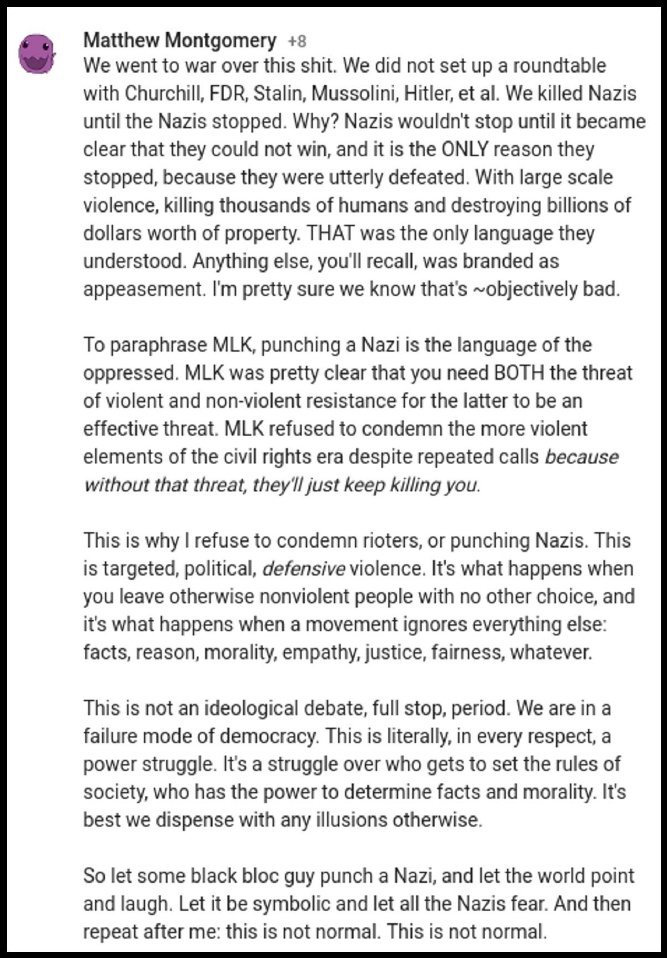 A third employee goes a step further, defending not only “Nazi” punching, but also riots in general. The employee also seemingly implies that Donald Trump’s election was a “failure… of democracy.”

In a serious case of Orwell’s “doublethink,” the employee says that going up and punching people in the face is actually “defensive violence” done by “otherwise nonviolent people.”

If these remarks were indeed made publicly among Google employees, it’s no wonder that conservatives at Google feel discriminated against.