Progressive activists are seething after Democratic Senators caved and ended the government shutdown after just three days on Monday.

Multiple journalists pondered what was accomplished by the shutdown, considering it resulted in no major victories for Democrats, capitulated to Majority Leader Mitch McConnell’s terms and gave Trump an easy messaging win.

The move also failed to guarantee — beyond the word of Chuck Schumer — the future of DACA legislation. The shutdown infuriated liberal activists who viewed the Democrats as surrendering to Republicans over the issue of Dreamers and illegal immigration. 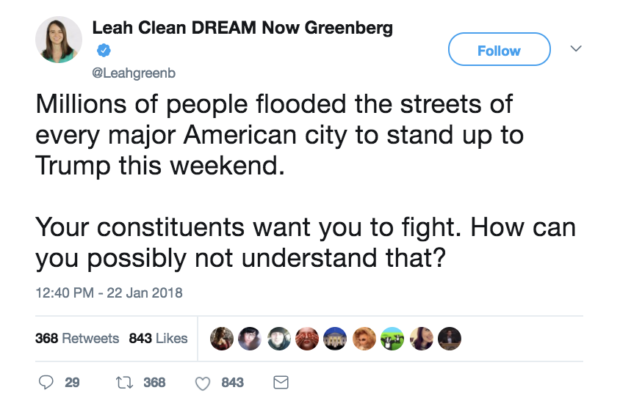 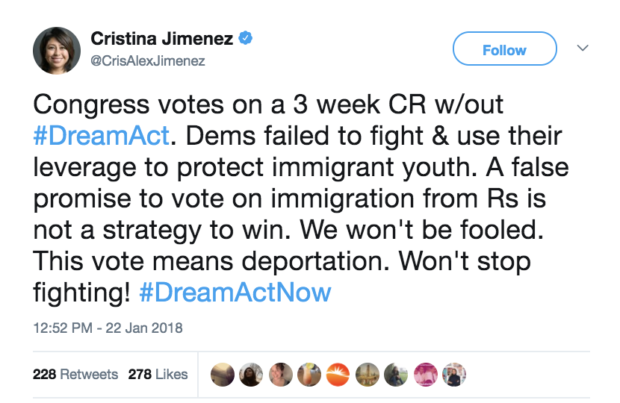 Immigration activist Rep. Luis Gutierrez angrily said of his fellow Democrats, “They caved. They blinked. That’s what they do.”

Reporters from a wide variety of news outlets also questioned the intelligence of the Democrat shutdown strategy. 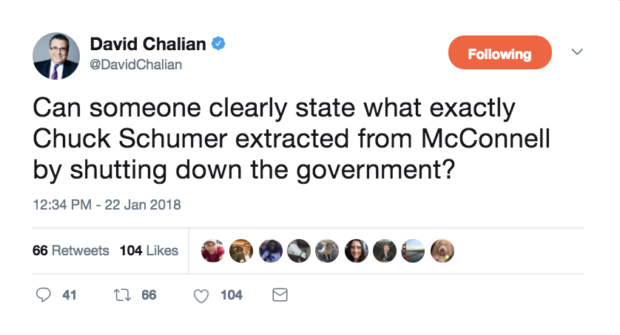 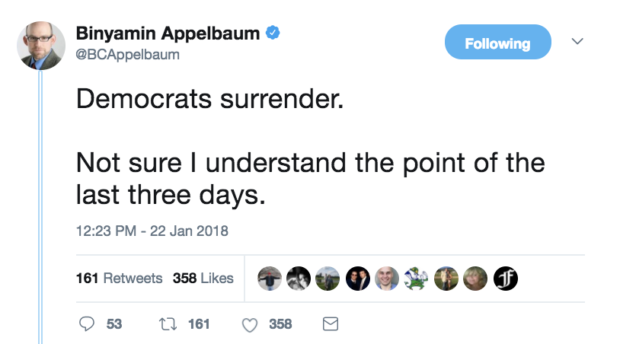 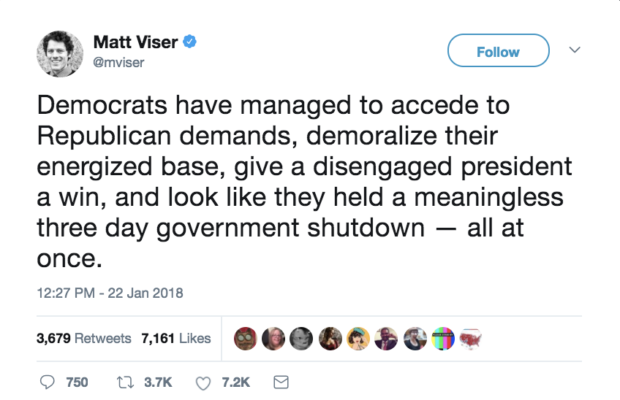 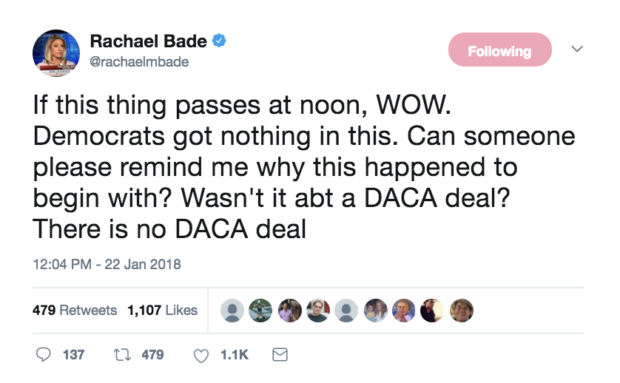 Ultimately, Republicans gained much more from the shutdown than the Democrats. They demonstrated consistency in message, willingness to govern and true leverage over the immigration debate. Trump called Schumer’s bluff and he caved, a point noted by White House press secretary Sarah Sanders at Monday’s briefing.