I don’t know if you guys know this or not, but “Wedding Crashers” was one very unrealistic film.

Don’t get me wrong here before we dig in. It’s an incredible and outstanding film. There’s no debate about that, but I had completely forgotten how crazy unrealistic this movie is before I watched it on Netflix last night.

It’s also not unrealistic for the reasons you probably think. It has nothing to do with the fact Owen Wilson and Vince Vaughn are running around crashing weddings, engaging in sex with tons of women and then, by pure circumstance, stumble upon a wedding that leads them to two very powerful families. Some of that’s unrealistic, but it’s not the most unrealistic part.

The most unrealistic part is when Wilson and Vaughn are revealed to be liars and then Rachel McAdams hesitates for a second before deciding to leave. She looks at Wilson as if she doesn’t care and would stay with him instead of Bradley Cooper. Now, we know that this is ultimately how the film ends up.

But let’s all be honest here. The way the scene is played out in the movie during the initial break is not realistic at all. There’s not a woman in the world who is going to still give a guy the time of the day in the moment she finds out his entire story is a lie. You are in for a freakout for the ages, and one that is deserved.

McAdams not being overly upset is honestly more ridiculous than Wilson and Owen sneaking into countless weddings to have sex with random women. I’m not kidding one bit. You’re odds of winning the lottery are higher than a woman just shrugging her shoulders after you were exposed as a liar.

I turned to the person watching the movie with me, and said, “That’s one of the most unrealistic things I’ve ever seen.”

Oh, you came to my house, made up a fake back story, hit on me and lied to me for several days? No big deal. Carry on. If you believe that then I have some outstanding ocean property in Nebraska that you can have free of charge.

Again, doesn’t take anything away from the movie as a whole. Still an outstanding film from start to finish, but I definitely feel people have overlooked the scene where they get discovered.

Finally, Rachel McAdams is a complete smoke show. She’s out of this world good looking. 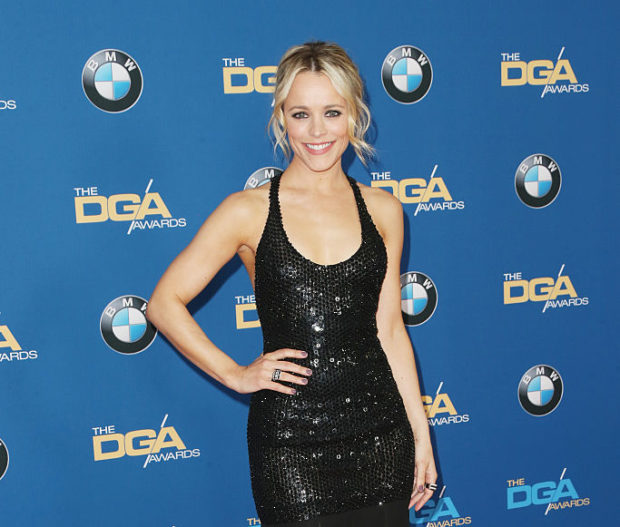