Democratic Senator Elizabeth Warren made a bizarre speech Friday to the liberal group Annie’s List in which referenced marching in “pink pussy hats.”

“Women know what it’s like to get talked over in meetings, passed over for promotions, and screwed over in salary negotiations–nevertheless, we persist.”

“We persist. We persist and we march! We march in pink pussy hats,” she said while waving her arms around.

“We march carrying hand-made signs. We march with our moms and our sisters and our daughters, and last year, we marched in the largest single day protest in the history of the entire world!” (RELATED: WATCH: The Daily Caller Tries To Find Out Who Is More Tolerant: Pro-Lifers Or The Women’s March)

She then exclaims, “Yes! You bet we did!” 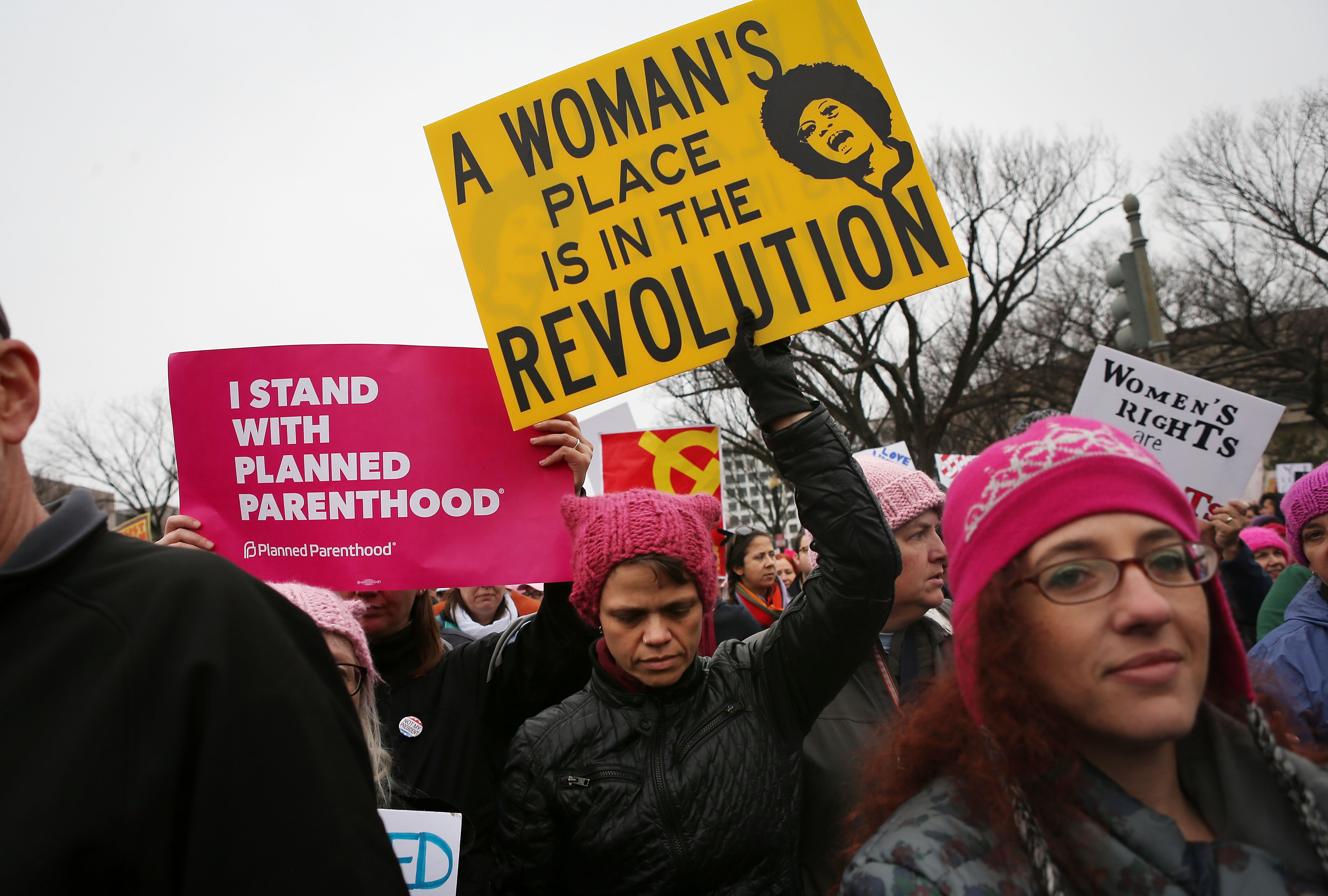 WASHINGTON, DC – JANUARY 21: Protesters march during the Women’s March on Washington on January 21, 2017 in Washington, DC. Large crowds are attending the anti-Trump rally a day after U.S. President Donald Trump was sworn in as the 45th U.S. president. (Photo by Mario Tama/Getty Images)

Warren was referencing the pink “pussy hats” that were first worn at the Women’s March in January 2017 after President Trump’s inauguration.

Pop singer Madonna spoke at the Women’s March in 2017 and said that she had “thought an awful lot about blowing up the White House.”

She also said that the president should “go suck a dick.” (RELATED: Madonna: ‘I’ve Thought About Blowing Up The White House’)