Arnold Schwarzenegger will star in a Western drama series titled “Outrider” now in the works at Amazon, according to Deadline .

The drama will be the first time the “Terminator” star will be part of a major scripted TV series role. He hosted the unscripted NBC reality show “Celebrity Apprentice,” filling in for Donald Trump, a run that only lasted one season. 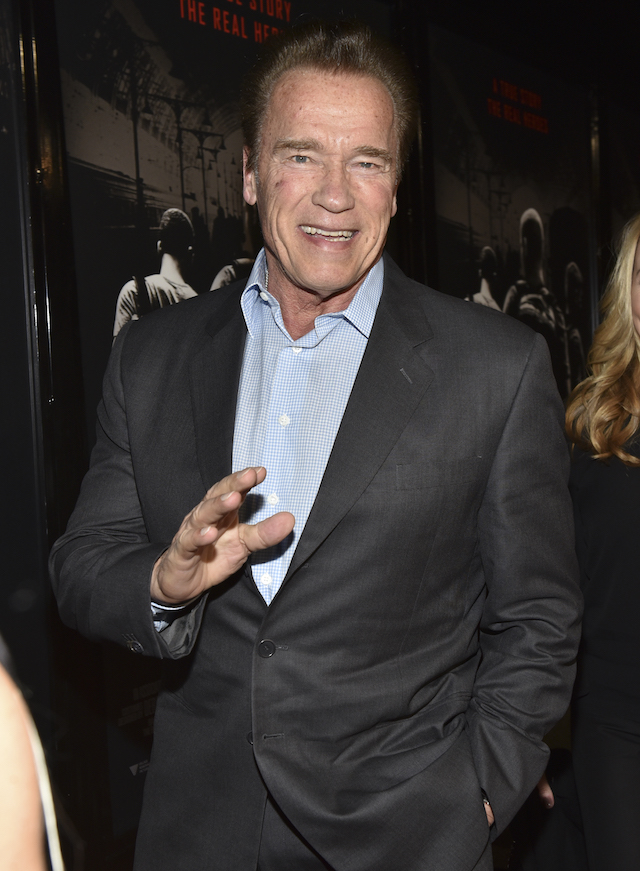 Former Governor of California Arnold Schwarzenegger arrives at the premiere of Warner Bros. Pictures’ “The 15:17 to Paris” at Warner Bros. Studios on February 5, 2018 in Burbank, California. (Photo by Rodin Eckenroth/Getty Images)

Trey Callaway and Mark Montgomery are co-writers, and the show is set in the Oklahoma-Indian territory during the late 1800s.

A description about the series read:

It tells the dark and dangerous tale of a deputy who is not only tasked by a notoriously brutal judge with apprehending a legendary outlaw in the wilderness– but must also partner with a ruthless Federal Marshall to make sure justice is properly served. And as the story unfolds, not only will enemies become allies, but a series of unpredictable surprises will blur the line between good guys and bad.

Schwarzenegger will play the role of a “ruthless” federal marshall who came to the country from Europe as a child.