There are dozens of Black History Month “reading lists” which include many books you might expect, ranging from biographies of civil rights leaders to novels by Toni Morrison and poetry by Maya Angelou.

A book you would never expect to appear on any of these lists is “The Virtue of Selfishness” by Ayn Rand. And yet that’s the book that helped shape how Peggy (85) and Leonard Robinson (88) would think about their identity — as teachers, parents, citizens, and above all, individuals, who also happen to be African-American.

I spoke to the couple, who will soon celebrate their 64th wedding anniversary, from their home in Crowley, Louisiana — about an hour east of my mother’s hometown of St. Martinville. 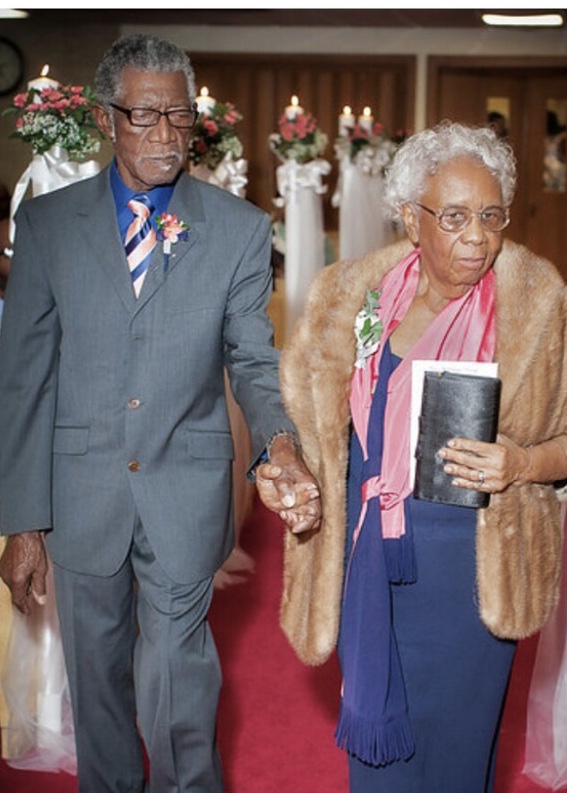 Their 18-year-old grandson, Leonard Robinson III, an avid Ayn Rand fan, had told me about how on his 13th birthday, his grandfather gave him a copy of The Fountainhead — which became his favorite book, and shaped his political development.

Ayn Rand? Her literature, even her name, was unknown to my Louisiana relatives. And the deep south of my childhood summers remains relatively racially segregated to this day — not by law but by economic and social inertia.

So how did an African-American couple who grew up in an era of segregated schools, separate water fountains, and overt racism come to be inspired enough by Ayn Rand that they would hand her books down to their grandson, in the tradition of handing down the family bible?

And what can their connection to the central message of Rand’s literature — individualism — teach us about achieving a flourishing society where character matters more than color, and intellect matters more than ethnicity?

The Robinsons cited “The Virtue of Selfishness” as the work by Rand which influenced them most. On the surface it seems an odd choice for a couple who were motivated to pursue graduate studies at Columbia University in New York with the express desire to return to their communities to make a difference.

“If you wanted to make a substantial difference, Columbia was the place to get that start,” Robinson Sr. said his uncle, also an educator, told him. “Sure enough, I found that all of the emphasis at Columbia was on going back to your roots to make a difference.”

At Columbia the young couple got involved in an intellectual set that reveled in exploring the avant garde ideas of the day. And no ideas were more avant garde than those of Ayn Rand, whose breakthrough novel “The Fountainhead” was published in 1943, and whose magnum opus, “Atlas Shrugged,” came out in 1957.

But it was in “The Virtue of Selfishness” that Rand writes explicitly on racism, which she calls “the lowest, most crudely primitive form of collectivism”:

“It is the notion of ascribing moral, social or political significance to a man’s genetic lineage—the notion that a man’s intellectual and characterological traits are produced and transmitted by his internal body chemistry. Which means, in practice, that a man is to be judged, not by his own character and actions, but by the characters and actions of a collective of ancestors.”

Character in action was the Robinsons’ main takeaway from the book. The couple called it “an outline” that inspired them to model the virtues they, as teachers, wanted their schoolchildren to embrace.

“Even if you don’t want to be a role model, you are,” said Leonard Sr. whether you’re modeling virtues — industry, honesty, perseverance — or vices.

The couple clearly have been role models for their grandson, Leonard Robinson III — whom they dotingly call Trey (as in “the third”). In terms of how their experience with discrimination compared to their grandson’s: “He is better equipped than we were.”

Fortunately, the youngest Leonard’s experience with racism is rare. He recalls attending a rally for Rand Paul with a white friend who drove them to the event. Afterwards, as the two approached the friend’s vehicle in the parking lot, a woman leapt out and accosted Leonard, who was walking few paces in front.

“Why are you trying to break into this car?” she yelled, accusingly. Leonard recalls: “My friend rushed in and told her it was his car, and I was his friend. It wasn’t till later I thought, ‘Oh, so that’s racism.’ I guess I hadn’t really experienced it before.”

His grandparents’ recollections of racism were equally surprising for their banality: A Brooklyn Dodgers game with fans yelling racial slurs at black players. “You got to see things you didn’t like,” recalled Leonard Sr., “but it wasn’t a major thing in our lives.”

What struck me most about my conversations with both grandparents and grandson, was how little race mattered to them. And how wide was the gulf between their personal experience, and the public narrative of racial strife, manifested in such spectacles as African-American sports players refusing to stand for the National Anthem, in solidarity with Black Lives Matter, against supposedly racially driven police violence.

In a society, and particularly during a month, where black pride is exalted, Peggy Robinson put the focus instead on “self-pride.”

Which sounds a bit like the self-interest and individualism Ayn Rand advocated. And that’s indeed what she and her husband took away from the author they admire: “It’s okay to be different. It’s okay to have pride, as long as you use that pride to build up, not to tear down.

Jennifer Grossman is the CEO of The Atlas Society and is a former speechwriter for George H.W. Bush.