At the same time that YouTube has increased censorship of right-of-center political channels, the company has sponsored a left-wing video maker who apparently believes that the Sept. 11, 2001, terrorist attacks were an “inside job” perpetuated by America’s own government.

Amani Al-Khatahtbeh, a fellow in YouTube’s multimillion-dollar “Creators for Change” program, made a since-deleted video that claimed the Sept. 11 terrorist attacks were an “inside job” by the American government. Al-Khatahtbeh uploaded the video in 2012 and touted it on social media. The video has since been deleted from YouTube but remains online in archived form and can be seen here.

In the video, a hijab-clad Muslim woman walks onto a Manhattan train and declares that “9/11 was an inside job. Weapons of mass destruction don’t exist.” 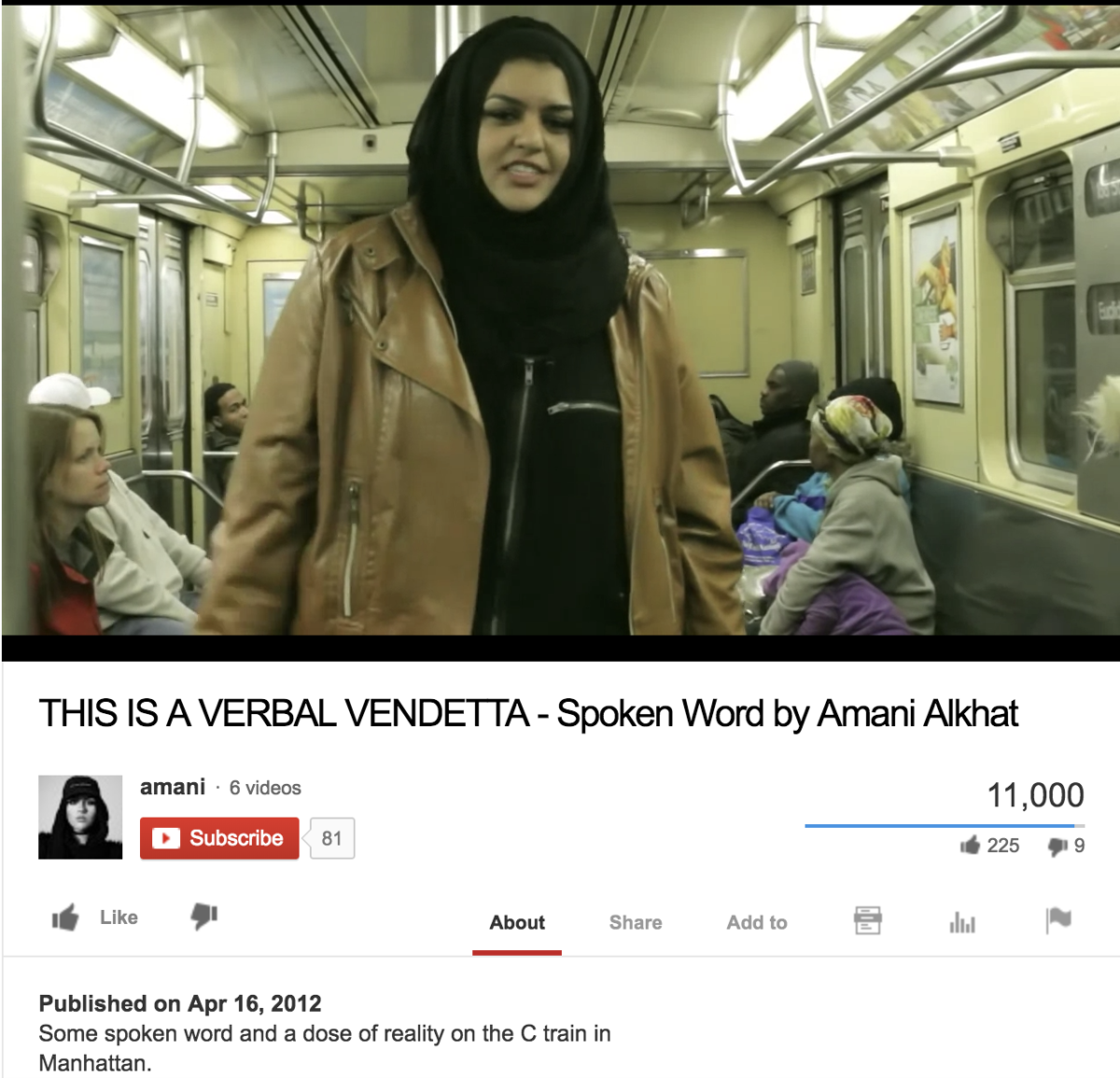 The woman struck a conspiratorial tone throughout the video and accused the “puppet media” of intentionally smearing Muslims as terrorists. “You made us all one face of terror, you created the problems ensuing, and the mask you placed upon us will be your own undoing,” she said.

“Some spoken word a dose of reality on the C train in Manhattan,” Al-Khatahtbeh captioned the video. She touted her video on Twitter and tried to get the attention of Women’s March organizer Linda Sarsour, telling Sarsour in a tweet that she “would love it if you could please check out my spoken word video.”

It’s unclear whether YouTube was aware of the video when the company awarded Al-Khatahtbeh a fellowship.

It’s also unclear when Al-Khatahtbeh took the video down. Both YouTube and Al-Khatahtbeh declined detailed requests for comment from The Daily Caller News Foundation.

YouTube’s latest annual report for the “Creators for Change” program touted Al-Khatahtbeh’s 18,000 subscribers and the 881,000 video plays on her channel.

“Founder and editor-in-chief of MuslimGirl Amani Al-Khatahtbeh is a rising voice on social, religious and political issues. She was invited by Michelle Obama to speak at the 2016 United State of Women Summit,” the report said.

“Amani meets some of the most exciting creative minds of her generation, who have faced adversity in pursuit of their art. She wants to inspire a new generation of creators by showing them that they can use creativity to express their voice, no matter what challenges they face.”

In her capacity as a YouTube fellow, Al-Khatahtbeh delivered a “powerful speech” at the 2017 Tribeca Film Festival in April and spoke at a summit for feminist non-profit She’s the First in August, the report said.

YouTube has cracked down on right-wing channels in recent months, even while the company was sponsoring a left-wing conspiracy theorist. YouTube has demonetized prominent conservative channels and commentators, and recently admitted that it mistakenly banned a large number of conservative YouTube channels while it tried to crack down on conspiracy theories. (RELATED: Google And YouTube Ban Prof Who Refused To Use Gender-Neutral Pronouns)

Google, YouTube’s parent company, has invested millions of dollars into the “Creator’s for Change” program to support “creators who are tackling social issues, including extremism and hate, by building empathy and acting as positive role models.”

Google general counsel Kent Walker described the program in June as “promoting YouTube voices against hate and radicalization” as part of the company’s counter-radicalization efforts.

YouTube included the “Creators for Change” program in a post in October on the company’s work to “combat terrorist content on YouTube.” That same post also highlighted YouTube’s “Trusted Flaggers” program, which brings in third-party organizations to help police content on the platform. The left-wing Southern Poverty Law Center is among the groups in the “Trusted Flaggers” program, as first revealed by The Daily Caller.

YouTube expanded the “Creators for Change” program again this past January, pledging an additional $5 million in support.

Al-Khatahtbeh provoked controversy that same month when she refused an award from cosmetics company Revlon over the company’s partnership with actress Gail Gadot, who is a former Miss Israel and served in the Israeli Defense Forces. Al-Khatahtbeh cited Gadot’s support for the Israeli army as the reason for her boycott.

Jewish magazine Tablet referenced the 9/11 video in a January article about the Revlon controversy. The article, which did not tie Al-Khatahtbeh to YouTube, noted that Al-Khatahtbeh “has a history of anti-Semitism.”