Gulliver Oldman released an open letter after the Daily Mail and TMZ resurfaced the allegation, made by former model Donya Fiorentino in 2001, according to People. Oldman won the Best Actor Award at the Oscars Sunday.

“It has been troubling and painful to see that these false allegations against my father being written about again, especially after this was all settled years ago. In my eyes it is disgusting that so-called ‘journalists’ have seen fit to spread and perpetuate the lie,” the 20-year-old Oldman wrote in the letter. In divorce papers, Fiorentino alleged the “Darkest Hour” star tried to choke her and hit her in the face several times with a phone receiver while she made a 911 call. 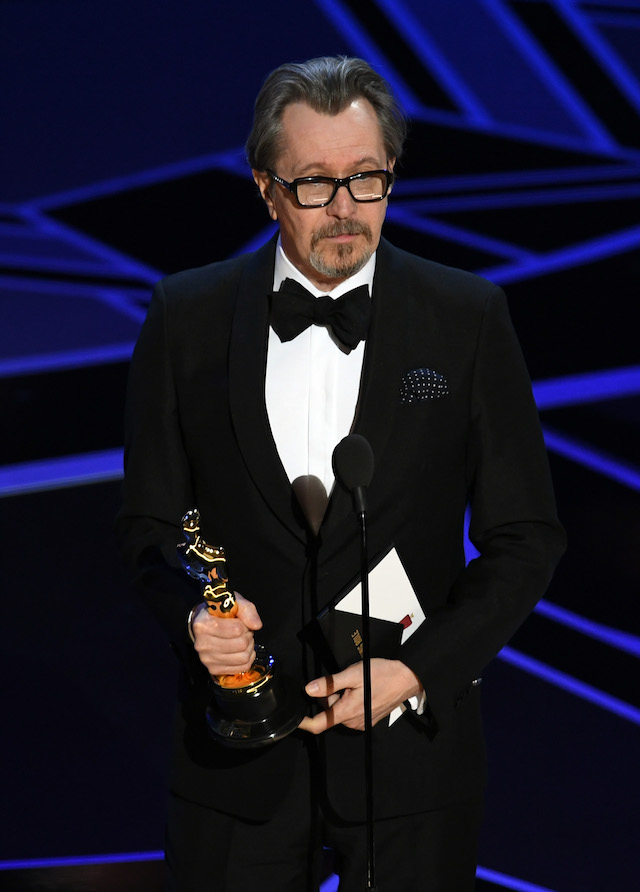 “Being a full supporter of this [MeToo] movement, I can see how coming out with a statement to combat an allegation must look,” he continued. “However, I was there at the time of the ‘incident,’ so I’d like to make this radiantly clear: it didn’t happen. Anyone who says it did is lying.”

“I want only to protect my father’s character, as a person and as an actor. I know he is a wonderfully kind man, gifted beyond belief, a man who wouldn’t trade anything for the love and happiness of his family,” Oldman explained. “This torment should have ended 16 years ago. In such a momentous year for his career, my father should finally be able to enjoy himself. I hope that we can please make that a possibility.”