Jalen Hurts made good on an Iron Bowl bet against Charles Barkley on Thursday. Even though Hurts lost, the Alabama quarterback didn’t let the Auburn grad get the best of him.

Unfortunately for Hurts he ended up on the wrong side of the bet, but that didn’t stop him from trolling arch-rival Auburn in the process.

Sir Charles, paid in full! @JalenHurts is a man of his word! #RollTide #OutworkYesterday pic.twitter.com/3CwgEAfznN

Alabama football released a video of Hurts holding up his end of the bargain on Thursday. Hurts was wearing an Auburn jersey in the video all right, but he made sure to remind Auburn fans which team really came out on top this year.

“What’s up Charles. Obviously I’m a man of my word and first off I just want to congratulate Auburn and the Auburn family on a successful season this year, but I think it’s time I get to class,” Hurts says in the video.

The Alabama star then reached down to pick up his backpack with the 2017 National Championship trophy hanging out and walked off to class with a “Roll Tide!” 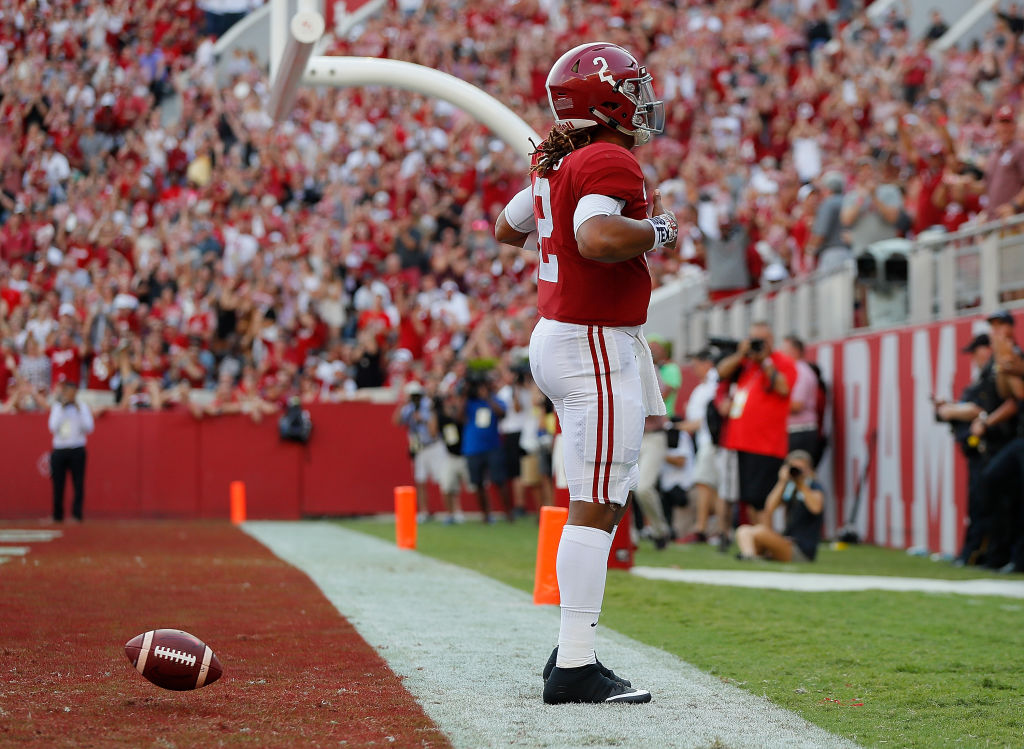