“If we don’t take immediate concrete measures to address this now, Salisbury will not be the last place we see chemical weapons used,” Haley stated in support of strict actions the United Kingdom took against Russia for the attempted murder of Russian national Sergei Skripal. “They could be used here in New York, or in cities of any country that sits on this Council. This is a defining moment.”

“Time and time again, member-states say they oppose the use of chemical weapons under any circumstance,” Haley continued. “Now one member stands accused of using chemical weapons on the sovereign soil of another member. The credibility of this council will not survive if we fail to hold Russia accountable.”

Earlier in her remarks, Haley heartily criticized a pattern of behavior by Russia and President Putin. 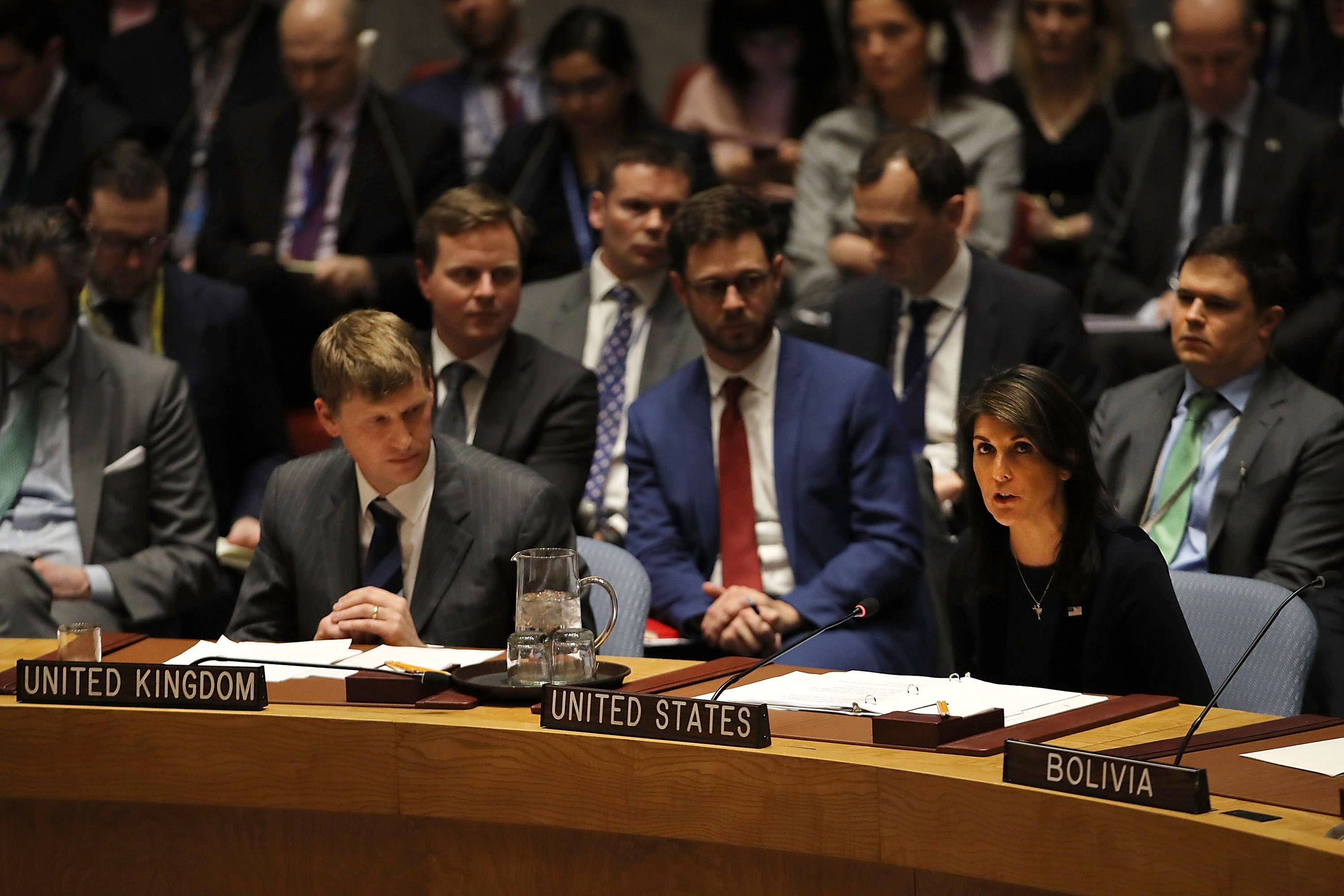 NEW YORK, NY – MARCH 14: United States Ambassador to the United Nations, Nikki Haley, speaks at the security council after the United Kingdom called for an urgent meeting of the UN security council to update council members on the investigation into the recent nerve agent attack in Salisbury, United Kingdom on March 14, 2018 in New York City. UK Prime Minister Theresa May is preparing to set out a range of reprisals against the Russian, who many believe is behind the attack on former spy Sergei Skripal, 66, and his daughter, Yulia Skripal, 33. (Photo by Spencer Platt/Getty Images)

“We would take no pleasure in having to constantly criticize Russia. We need Russia to stop giving us so many reasons to do so.”