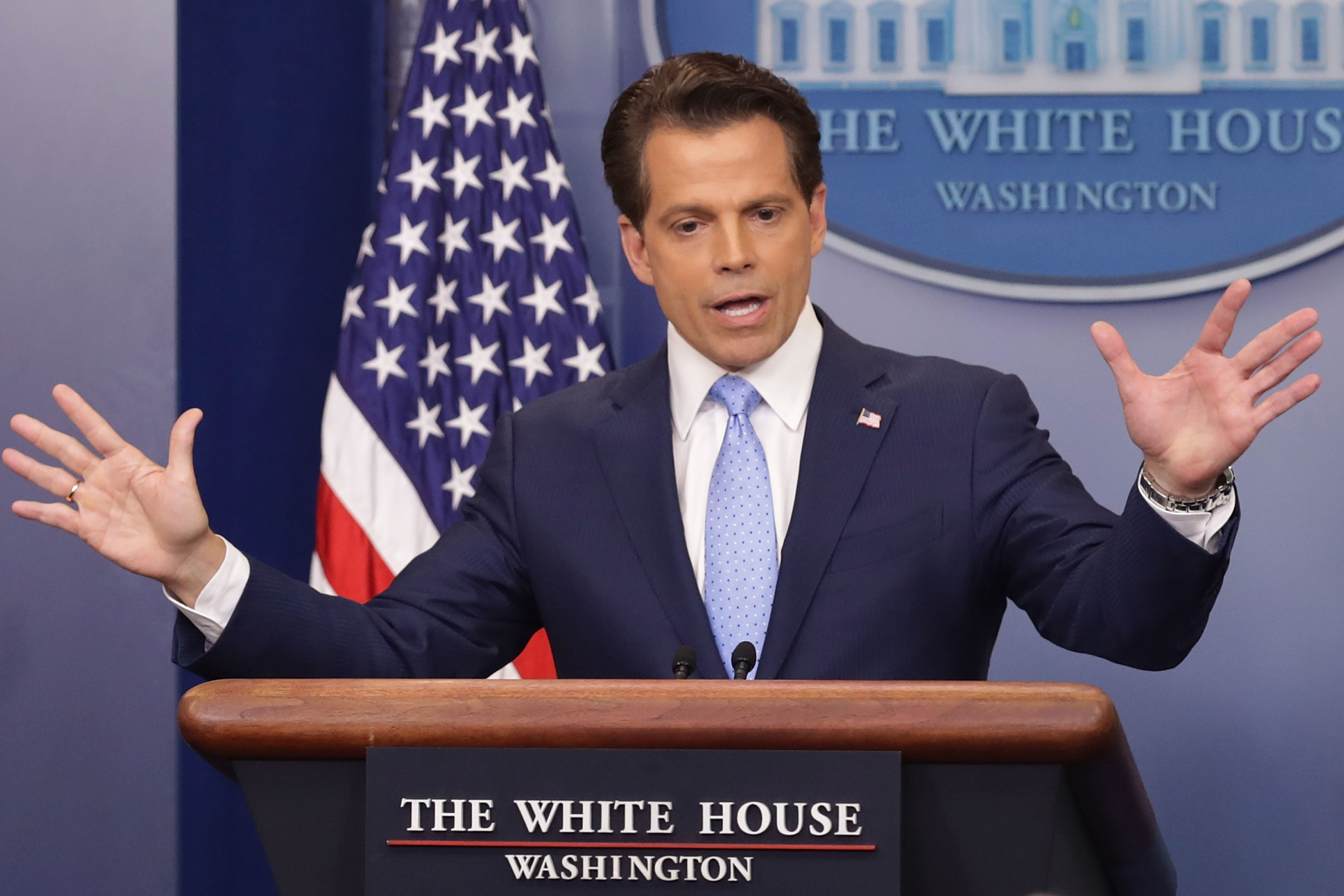 The former White House communications director contacted Smith and tore into her for publishing a “spotted” hit on him and his alleged romantic interest, Fox News’ Kimberly Guilfoyle.

Smith had previously reported on Scaramucci’s wife filing for divorce during his time spent working for the Trump administration. The couple have repaired their marriage since that time.

On Thursday, after calling the Page Six newsroom, Scaramucci began tweeting photos of Smith and Page Six’s Francesca Bacardi with some inflammatory captions.

“The face of a vicious lowlife animal trying to destroy my family,” he wrote on a photo of Bacardi.

The face of a vicious lowlife animal trying to destroy my family. @OriginalFresca @PageSixEmily it’s time to fight back. pic.twitter.com/EyA9waUEYf

A zoomed-in screenshot of Smith’s Twitter avatar was accompanied by, “ugliest person there is on the inside.”

“A person with no morals or journalistic standards. Living off of others people’s pain,” he continued. “Beware! She will stop at nothing to hurt innocents. Especially your children.”

Ugliest person there is on the inside. A person with no morals or journalistic standards. Living off of others people’s pain. @PageSixEmily beware! She will stop at nothing to hurt innocents. Especially your children. pic.twitter.com/SijSowY3pN

Eventually, The Mooch turned his wrath on Fox’s Geraldo Rivera.

I am not a tough guy Geraldo. There is a line and that animal crossed it. https://t.co/IlmHrDXiZP

She isn’t doing her job. Get you compass back together. That is complete utter clickbait nonsensical trash. https://t.co/goN7zTv22M

Scaramucci ended the night by tweeting a photo of his wife and retweeting users criticizing Smith for writing about Vanessa Trump filing for divorce from Donald Trump Jr.

Emily likes hurting ppl, she enjoys . @DeidreScaramuc2 and I wish Don and Vanessa the best; hope they can work it out. https://t.co/NdnZ5lqY1R

.@PageSixEmily @OriginalFresca enjoy family break ups and children having to be raised separately and Co-parented. It must be miserable.

Maybe @Scaramucci is just disgusted by your chasing clicks over a family’s personal pain. So are a lot of people https://t.co/IzKqOjFi7k

Please respect the privacy of President Trump’s grandchildren. They’re kids and deserve to not be your clickbait. Thank you.

Scaramucci did not respond to The Daily Caller’s request for comment.