Several months after suffering a gruesome facial injury that required 40 to 50 stitches, Carrie Underwood will be making her first public appearance since the incident at the Country Music Awards on Sunday.

The country music singer teased her new single, which will be released on Wednesday, with an Instagram post on Sunday. The following morning the Academy of Country Music Awards announced that she will be performing her single for the first time at the upcoming show, Fox News reports.

Underwood suffered the injury back in November 2017, but didn’t reveal the details of how severe her injuries were until January. Even then she didn’t reveal what happened in full. (RELATED: Here’s The First Photo Of Carrie Underwood Since Her Injury)

“There is also another part of the story that I haven’t been ready to talk about since I have still been living it and there has been much uncertainty as to how things will end up,” she wrote in a post on her fan club’s website. “In addition to breaking my wrist, I somehow managed to injure my face as well. I’ll spare you the gruesome details, but when I came out of surgery the night of my fall, the doctor told [Underwood’s husband] Mike that he had put between 40 and 50 stitches in.”

“Now, here we are 7 weeks later and, even though I’ve had the best people helping me, I’m still healing and not quite looking the same. I honestly don’t know how things are going to end up but I do know this: I am grateful. I am grateful that it wasn’t much, much worse.” 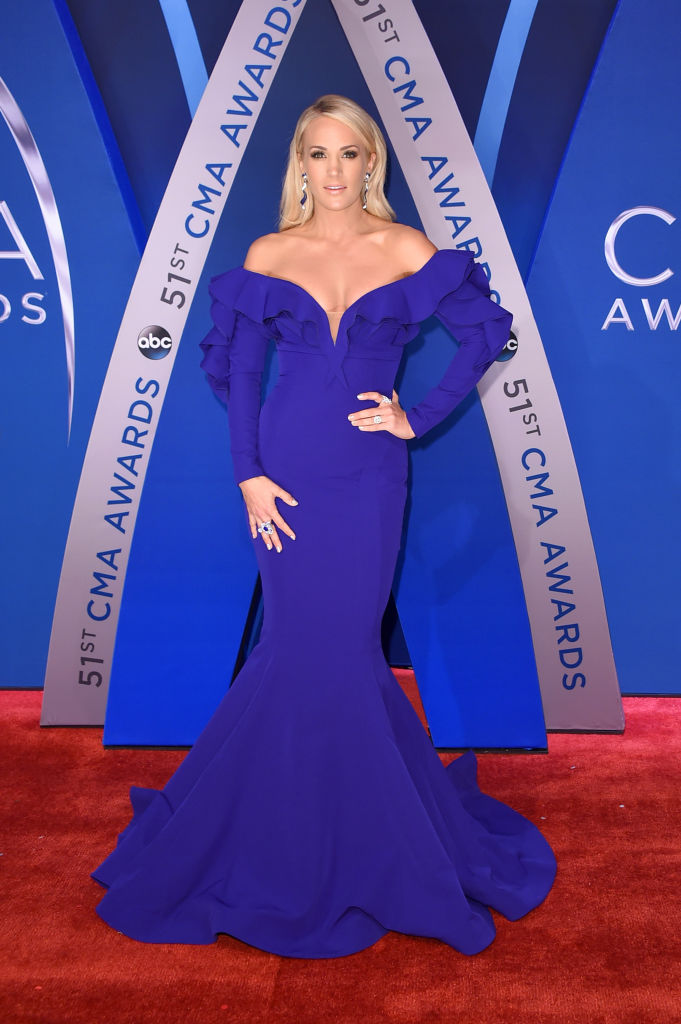 Although Underwood is all healed up, she’s managed to stay out of the spotlight since suffering the injuries toward the end of last year. On Sunday, her fans will finally get to see her back onstage.