Countless celebrities and athletes have voiced their support for the Philly-born rapper, who is serving a two-to-four year sentence for a probation violation. The Philadelphia Eagles often called for his release during their playoff run on through to their Super Bowl victory. Now Kraft and Philadelphia 76ers co-owner Michael Rubin, who visited him on Tuesday, seem to be in his corner as well, USA Today reports.

“Amazing young man. I know how I’d feel if I was in the situation he is,” Kraft said outside the state prison in Chester City. “Every time I see him, I just come away more impressed. He’s very intelligent. And makes it clear to me we have to do something with criminal justice reform.” 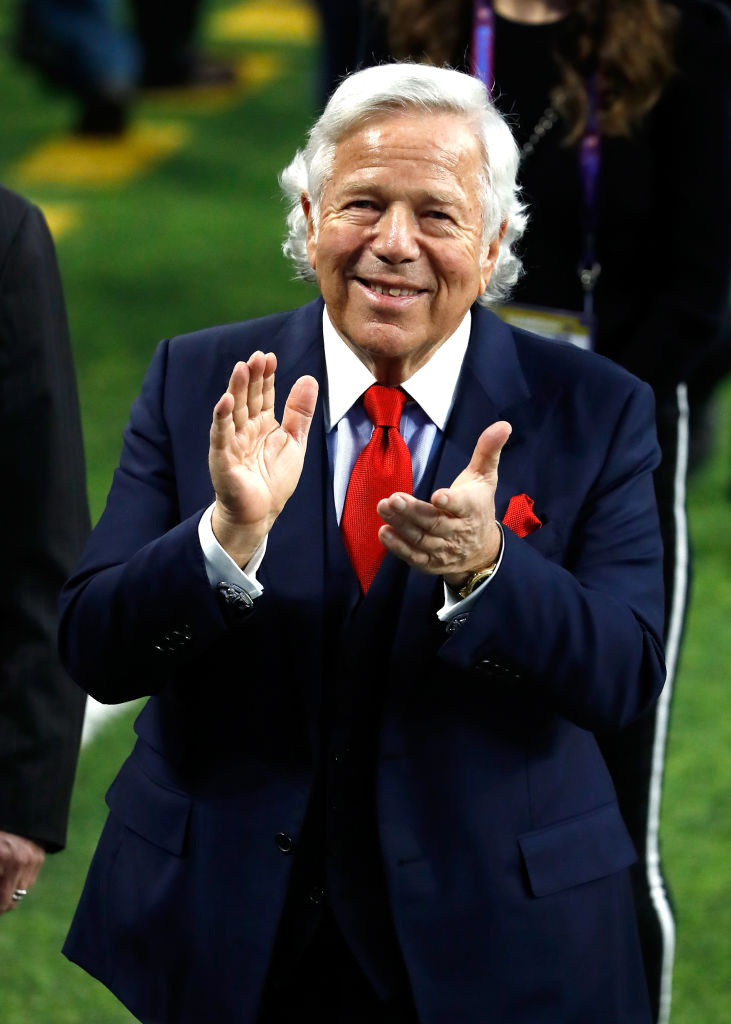 “It’s just sad,” Kraft added. “This guy is a great guy and shouldn’t be here.”

Mill, whose real name is Robert Rihmeek Williams, was arrested in 2007 on drug and weapons charges, according to USA Today. He was granted parole in 2009, but violated the terms by testing positive for drugs.

In November of 2017 he received a two-to-four year sentence, which is commonplace for his parole violations. However, the rapper’s attorneys argue that the judges decision not to grant his release on bail is a “vindictive and erroneous decision.”

The rapper’s lawyer claims that the judge who passed the sentence demanded Meek Mill re-record the Boyz II Men song “On Bended Knee” as a “tribute to her” and asked him to switch management companies, according to Rolling Stone magazine. The rapper’s representation argued to have her removed from the case due to “unusual personal interest.”