Only 41 percent of Americans, and 66 percent of U.S. persons specifically 18 to 34 years old, know what Auschwitz was, according to a study published Thursday by the Jewish advocacy group Claims Conference.

The survey, which was released on Holocaust Remembrance Day, shows that many adults in the U.S. don’t know some of the more simpler aspects of the Holocaust.

“There are critical gaps both in awareness of basic facts as well as detailed knowledge of the Holocaust, and there is a broad-based consensus that schools must be responsible for providing comprehensive Holocaust education,” wrote Claims Conference, also self-described as The Conference on Jewish Material Claims Against Germany. “And more than half of Americans believe that the Holocaust could happen again.”

Despite the believed probability of a tragic repeat, 39 percent of respondents don’t know that the chief architect and former German leader Adolf Hitler was technically elected in democratic fashion after failing a more traditional coup.

Many U.S. adults also think that two million or fewer Jews were killed in the mass genocide — far below the highly corroborated and oft-cited number of six million. 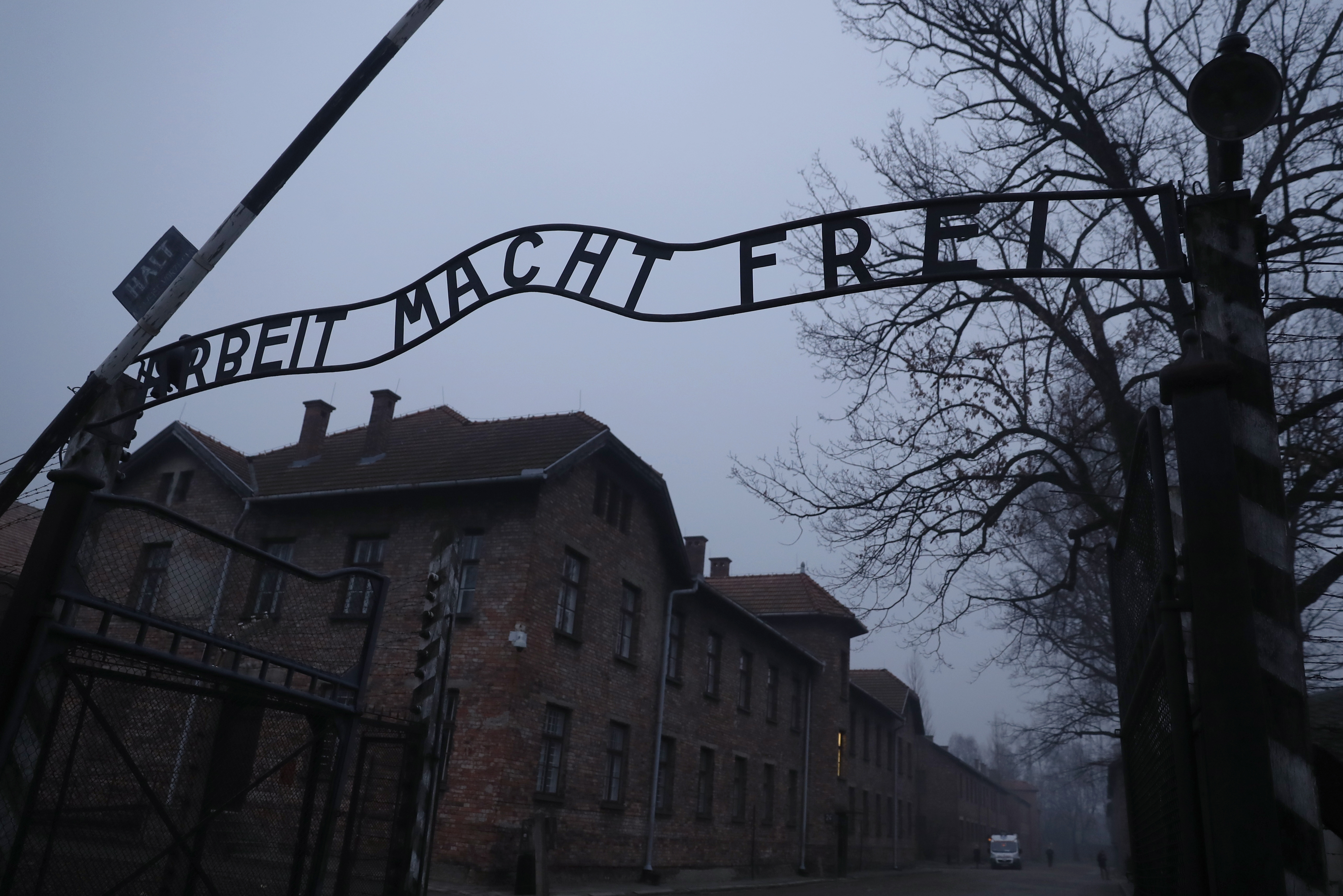 Furthermore, 70 percent of Americans say fewer people seem to care about the Holocaust than they used to, showing that as temporal proximity decreases, so too does interest for still relatively recent history.

As the Claims Conference noted, the lack of knowledge of such a momentous and reverberating world event is likely due to a growing literacy deficiency in educational institutions, especially since the younger generation, colloquially known as millennials, know the least.

Some schools across the country are trying to change that. Northfield Mount Hernon (NMH), a private school in Massachusetts, invited Danny Spungen, organizer and owner of an award-winning exhibit of 300 World War II documents, to enlighten their students on both the fundamentals and intricacies of the Holocaust.

“This exhibit is unlike any others in the world, where students can actually hold and touch historical artifacts,” said Charlie Tierney, the assistant head of NMH. “Our students are able to ask questions, able to read, and interact with an excited expert.”

Spungen, as well as other influential speakers and the school, showed films they thought were important, like “The Counterfeiters,” the 2007 Oscar winner for best foreign language film that details the secret Nazi scheme of currency forging.

Also in attendance were Zohara Boyd and Peter Petschauer, both retired professors with very different histories. Boyd was part of the first ghetto the Nazis established when they invaded Poland, an act of aggression part of their Lebensraum campaign. Petschauer’s father was a former German officer who reportedly tried to volunteer for the army on multiple occasions, and worked in administrative roles for the Nazi regime. Both gave their respective perspectives, providing a diverse set of recollected information for the intrigued students.

To further teach the youth about what exactly happened less than a century ago, Spungen also works and travels around the country with Eva Kor, who, as a twin, was part of infamous Nazi doctor Josef Mengele‘s human experiments at the Auschwitz concentration camp. 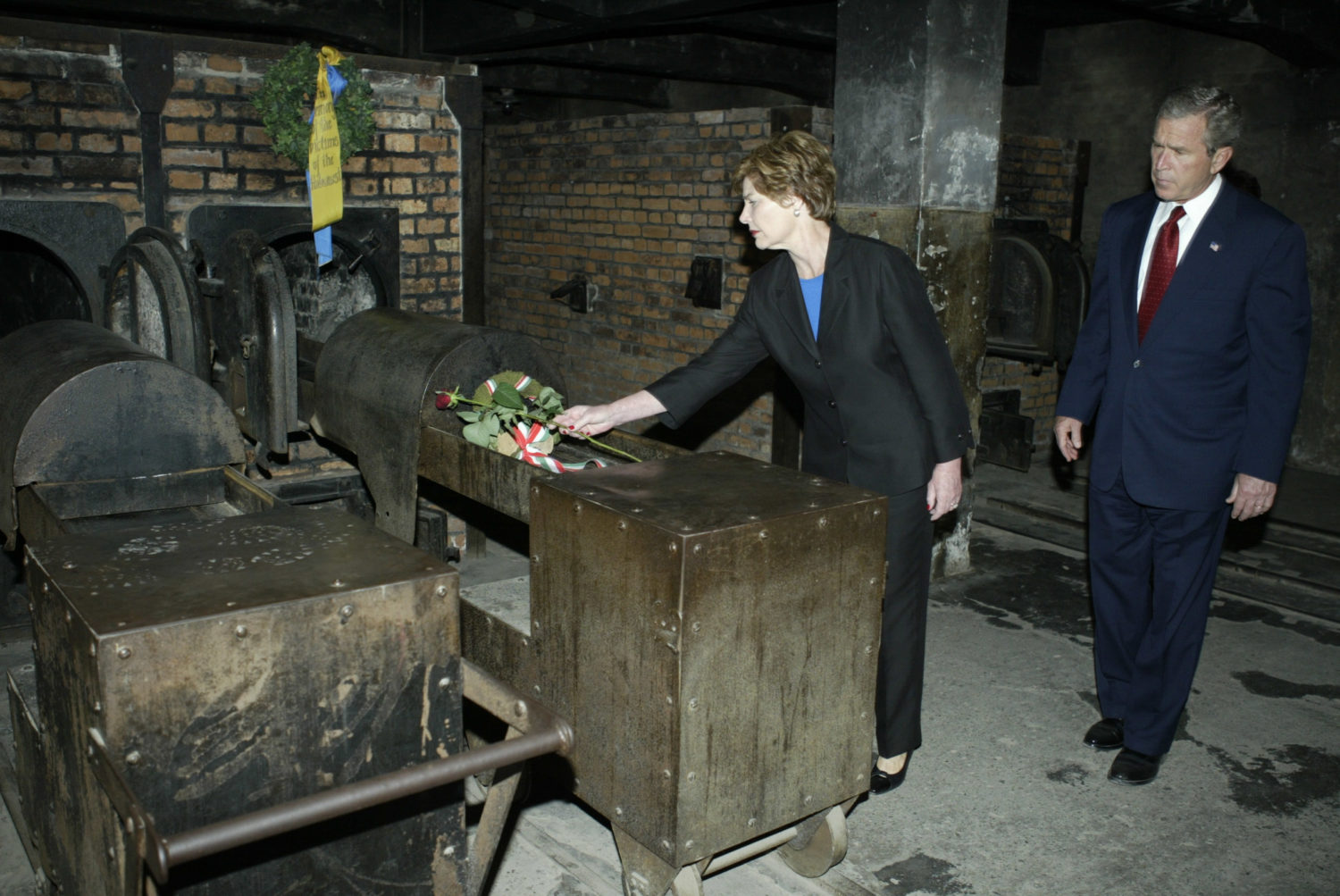 U.S. first lady Laura Bush lays a rose on an oven used to incinerate
prisoners killed at the Auschwitz camp in southern Poland May 31, 2003
as President George W. Bush watches during a visit to the site. [REUTERS/Jason Reed]

Specific knowledge of Auschwitz — which was based in German-occupied Poland and probably the most well-known network of concentration and extermination camps used by the Nazis — and other aforementioned facts, aren’t the only aspects of Holocaust education apparently suffering.

Roughly 45 percent of Americans, and 49 percent of millennials, can’t name a single concentration camp in general.

But most adults want to learn more, or at least have students do so. When asked if it’s “important to keep teaching about the Holocaust so it doesn’t happen again,” 80 percent responded in the affirmative — although that means 1 in 5 do not agree. In addition, 93 percent of survey participants agreed with the statement that “all students should learn about the Holocaust while at school.”

Certain states — California, Illinois, New Jersey, Florida, and New York — have some form of legislation mandating a certain degree of Holocaust education in public schools. And lawmakers representing 20 different states have tried to introduce bills to do the same. However, with the latest findings from Claims Conference — part of a project helped by the United States Holocaust Memorial Museum, Yad Vashem, the Holocaust memorial museum in Israel, George Washington University, and others — more may need to be done.

Editor’s note: This author is an associate of Danny Spungen’s.