ABC News reports, “Comey writes that he felt obligated to take more of a personal role as the public face of the investigation rather than deferring to then-Attorney General Loretta Lynch – in part because of something involving Lynch that he cryptically refers to as a ‘development still unknown to the American public to this day.'”

The government learned of this information in 2016. The book does not reveal anything about the information.

Comey also wrote that “the unverified material would undoubtedly have been used by political opponents to cast serious doubt on the attorney general’s independence in connection with the Clinton investigation.” 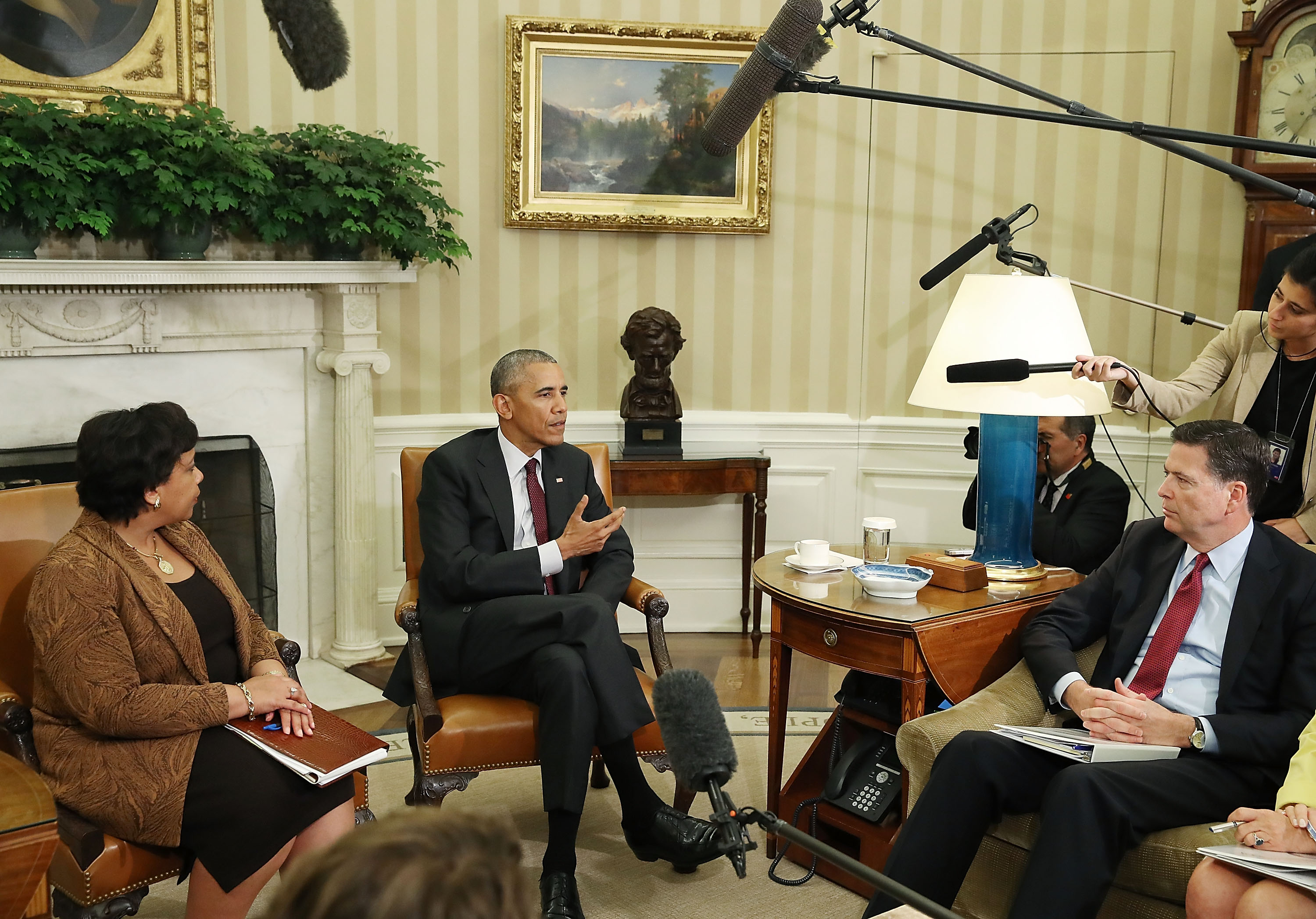 Comey is re-entering the public eye after being fired by President Trump in 2017. His book is critical of Trump, even making remarks about Trump’s personal appearance.

Jabbing at Trump in new book, ex-FBI chief Comey describes president as shorter than Comey expected, and with a “too long” tie and “bright white half-moons” under his eyes that Comey suggests came from tanning goggles: https://t.co/Kap2cAGvg7

Meanwhile, many Republicans are going on the offensive against Comey, a man they see as dishonest and a leaker.

RNC Chairwoman Ronna McDaniel said this week, “James Comey’s publicity tour is a self-serving attempt to make money and rehabilitate his own image.”

“Comey is a liar and a leaker, and his misconduct led both Republicans and Democrats to call for his firing,” she added. (RELATED: GOP Launches ‘LyinComey.Com’ Ahead Of Book Tour)