Love ’em or hate ’em, NFL Color Rush uniforms have taken Thursday Night Football by storm the past two seasons, but that might change in the very near future.

Older fans complain about them because everything new must be evil. The alternate jerseys are notorious for their eye-popping technicolored flare, insulting the sensibilities of football “purists,” but otherwise brighten up the game and expand the all-important “merch” options for the gridiron faithful.

A Tuesday radio interview with Fox Sports’ VP of Programming Bill Wanger generated buzz when the exec said that the color rush uniforms may be out on Thursday Night Football.

After football curmudgeons celebrated the demise of the extremely bright-colored “gimmicks” and a return to good-old fashioned unis, NFL sources clarified that the uniforms weren’t getting the boot from TNF, after all.

SOURCE: NFL Color Rush uniforms are NOT going away in 2018. But they will no longer be limited to Thursdays, when teams may opt for throwbacks or standard uniforms.

In fact, it’s the football purist’s worst nightmare: The uniforms could be available any week, to any team that may so choose, if an upcoming vote scheduled for an NFL owners meeting in May breaks that way.

As CBS Sports explains, NFL teams could already opt to wear the alternative color rush uniforms if they were not slated to play Thursday Night Football that season. The New York Giants and San Diego Chargers were two teams that opted to assault their fans’ eyeballs with the monochromatic unis. The Redskins, Eagles and Chargers took advantage of an option to switch their uniforms from the original designs put forth by Nike. 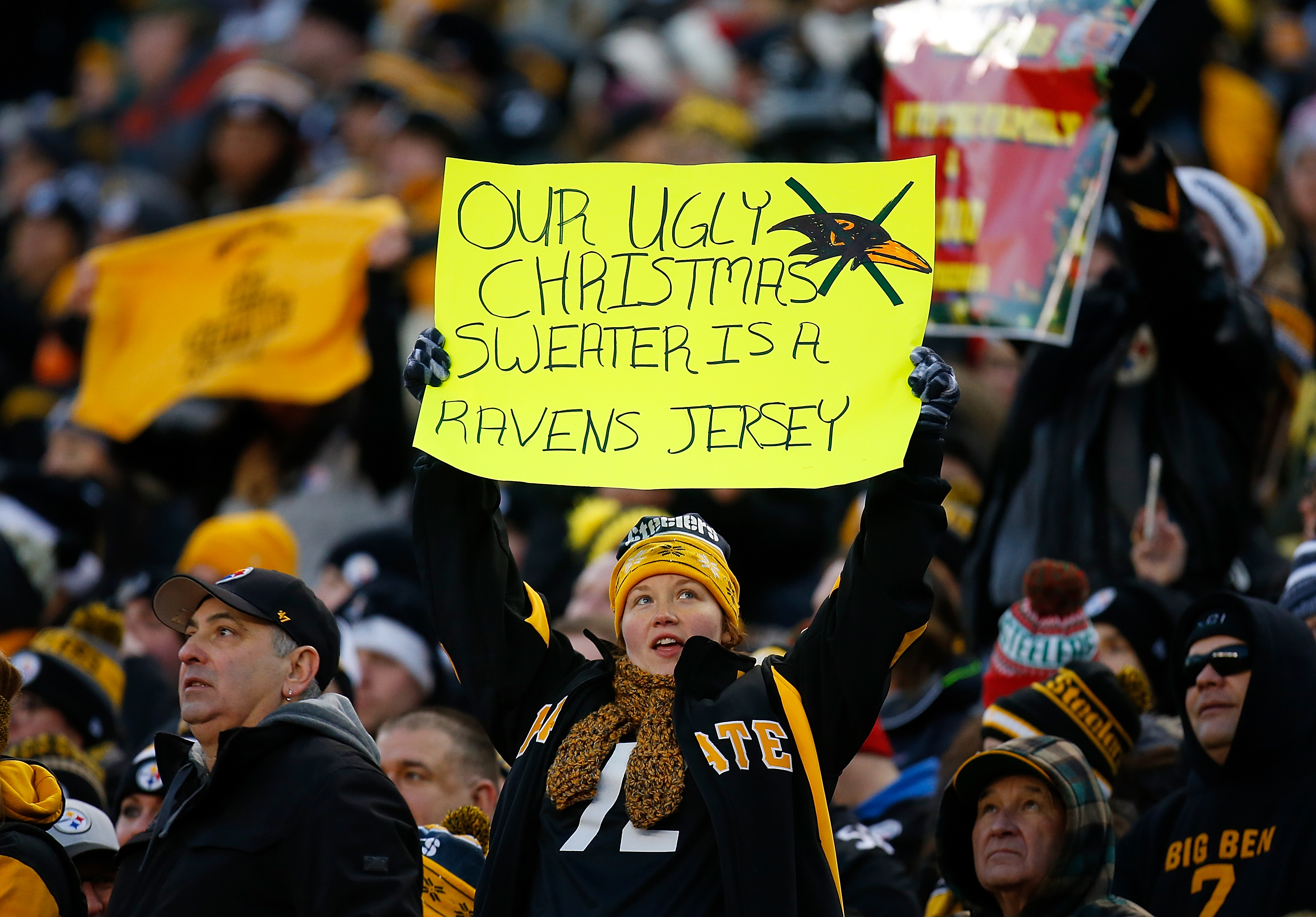 The changes to the NFL’s Color Rush uniforms policy come about due to Fox Sports’ acquisition of Thursday Night Football broadcast rights in January. Fox Sports acquired the rights for five years, and the deal includes the broadcast of 11 TNF games between weeks 4-15, as well as seven games to air on NFL Network.

NFL Color Rush jerseys were introduced in 2015 and drew both good and bad reviews. Under a sponsorship deal with Nike, all 32 teams got assigned color rush uniforms. A condition of the sponsorship was that all proceeds would go to the NFL Foundation to fund “health, safety and wellness programs for youth around the country.” 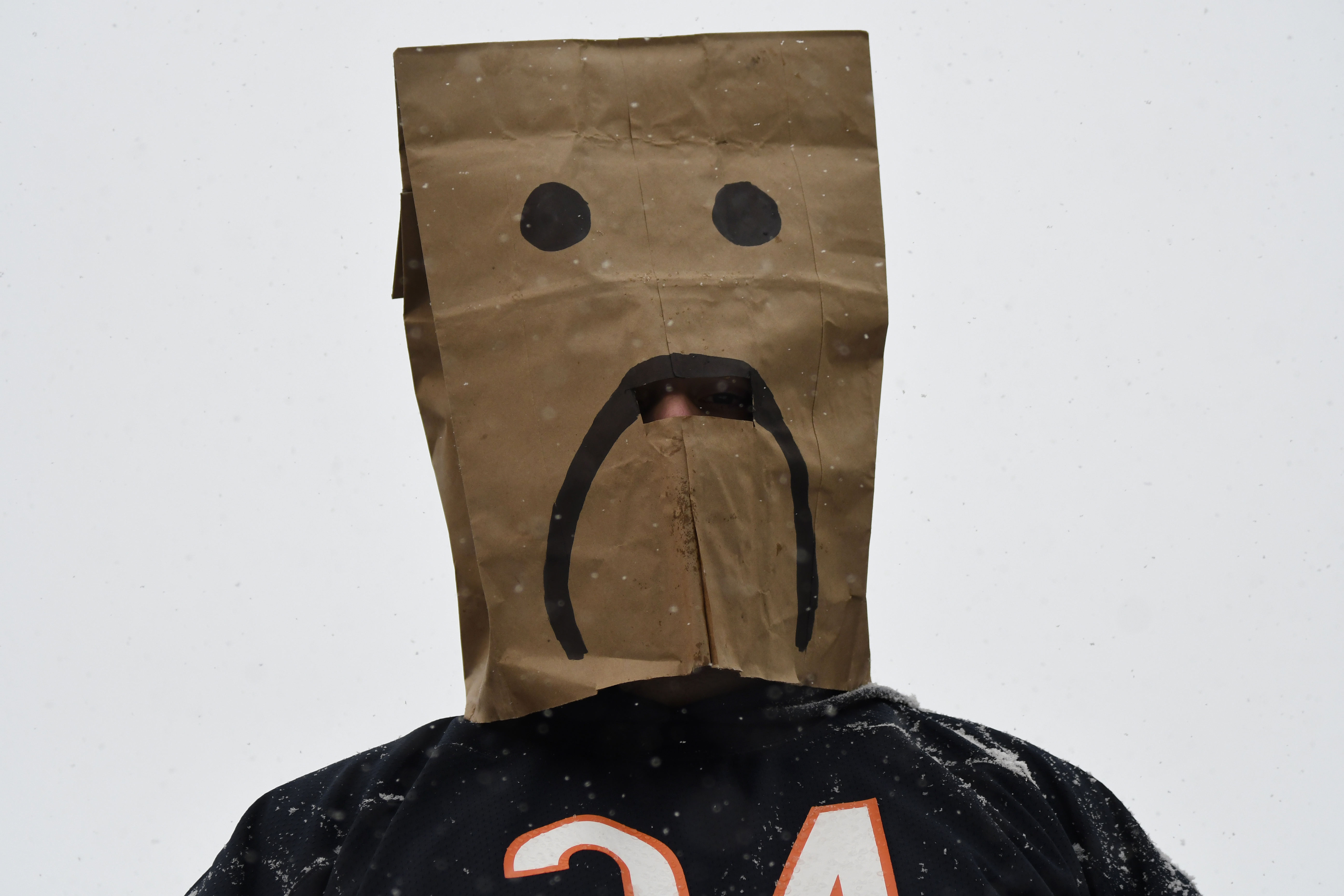 A fan wears a bag during the game between the Chicago Bears and the Cleveland Browns at Soldier Field. (Photo by David Banks/Getty Images)

That hasn’t stopped critics from lamenting the good old days when uniforms were all dull or dirt-colored, however. The Washington Redskins, no stranger to uniform controversy, proposed an exemption from the uniforms, blasting them as “garish.” Denver Broncos running back C.J. Anderson notably said they made him look like a “pumpkin.”

Whether or not NFL Color Rush jerseys are great or just godawful, they’re not going anywhere anytime soon. In fact, they may soon show up on any given Sunday. Shudder.