Women’s March co-president Tamika Mallory on Tuesday called for a boycott of Starbucks over the coffee company’s partnership with the Anti-Defamation League (ADL), a mainstream Jewish civil rights group.

The ADL previously criticized Mallory’s support of Nation of Islam leader Louis Farrakhan, a notorious racist and anti-Semite. Mallory accused the ADL of “attacking black and brown people” on Tuesday and demanded Starbucks end its partnership with the group.

“So you are aware, Starbucks was on a decent track until they enlisted the Anti-Defamation League to build their anti-bias training. The ADL is CONSTANTLY attacking black and brown people,” Mallory wrote in a statement Tuesday evening.

“This is a sign that they are tone deaf and not committed to addressing the concerns of black folks. Be clear what’s happening here!” 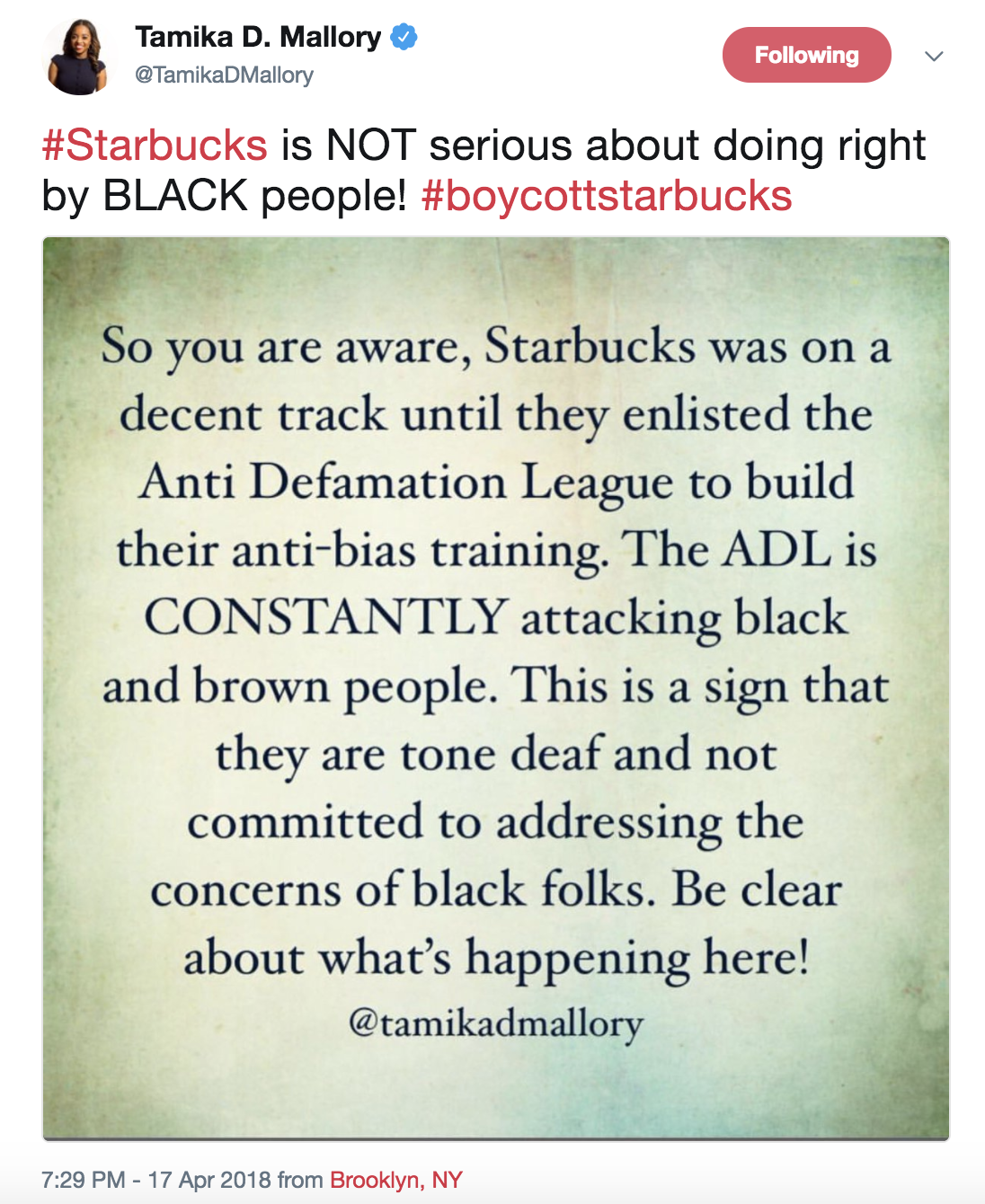 Mallory posted the statement to Twitter, adding, “#Starbucks is NOT serious about doing right by BLACK people! #boycottstarbucks.”

ADL CEO Jonathan Greenblatt, a former aide in Barack Obama’s White House, is one of several civil rights leaders working with Starbucks for the coffee company’s “racial bias training” on May 29. The training sessions follow a national backlash after a two black men were arrested on suspicion of trespassing at a Starbucks in Philadelphia.

NAACP Legal Fund president Sherrilyn Ifill is also taking part in the racial bias training, Mallory noted in another statement. “I know she will fight to keep ADL in line, but they should never have been enlisted in the first place,” Mallory wrote.

Mallory previously faced a backlash after attending a Farrakhan speech at a Nation of Islam convention February 25. Farrakhan praised Mallory’s activism during his speech, which was rife with anti-Semitic conspiracy theories. Other Women’s March leaders have also declared their support for Farrakhan. 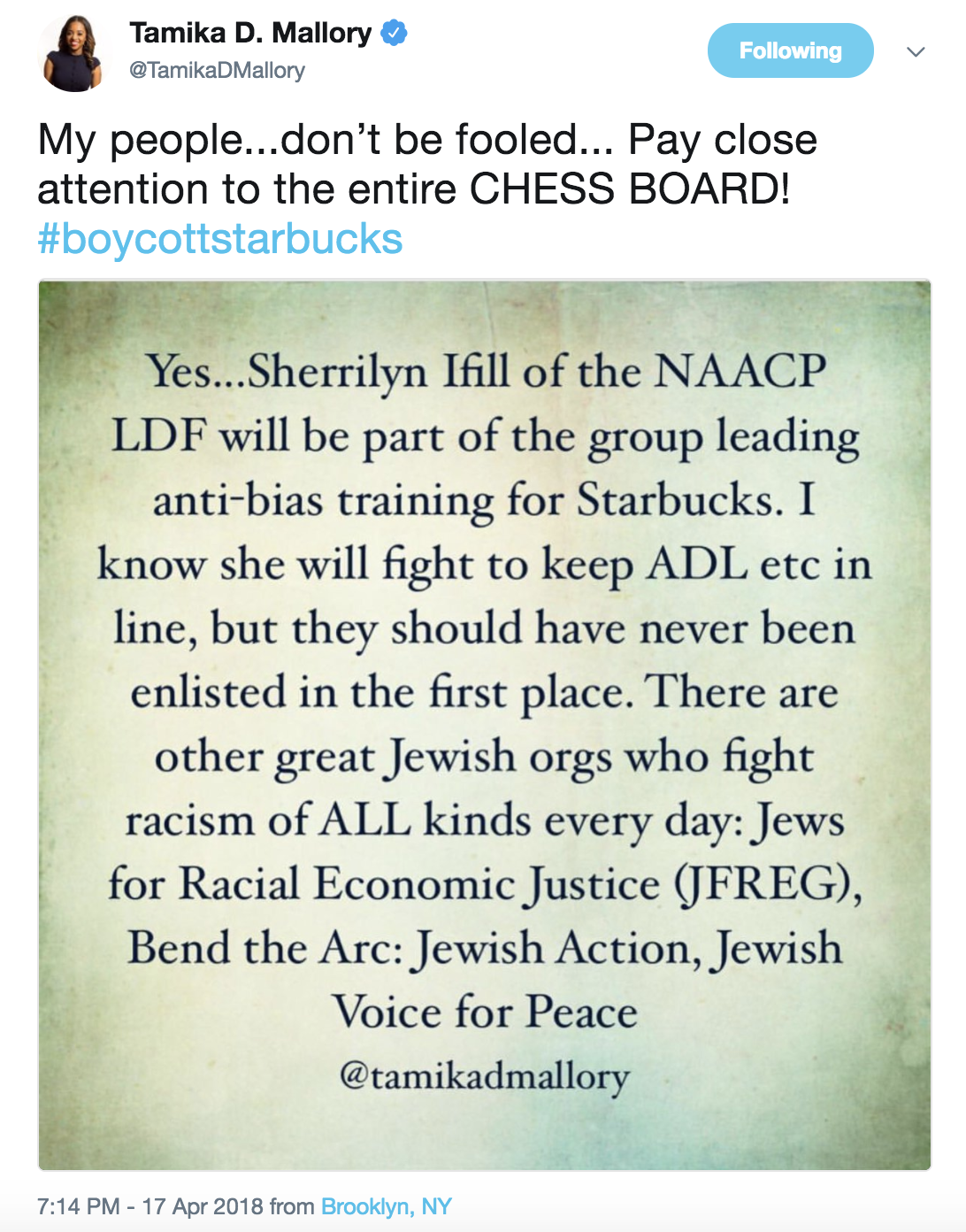 The ADL sharply criticized Women’s March for supporting Farrakhan and called on the group to denounce him. Instead, Mallory repeatedly defended Farrakhan and suggested at one point all religious leaders should count Jews as their “enemies.”

Mallory doubled down in her attack on the ADL when challenged on Twitter.

“We are talking about anti-bias training, which has mainly been happening to black people. The ADL sends U.S. police to Israel to learn their military practices. This is deeply troubling,” she wrote. “Let’s not even talk [about] their attacks against .@blacklivesmatter.”

The ADL did not immediately return a request for comment.