Chris Pratt opened up this week about how he’s dealing with life since he and Anna Faris announced they were separating after eight years of marriage.

“Divorce sucks. But at the end of the day, we’ve got a great kid who’s got two parents who love him very much. And we’re finding a way to navigate this while still remaining friends and still being kind to one another,” the 38-year-old actor told People magazine. 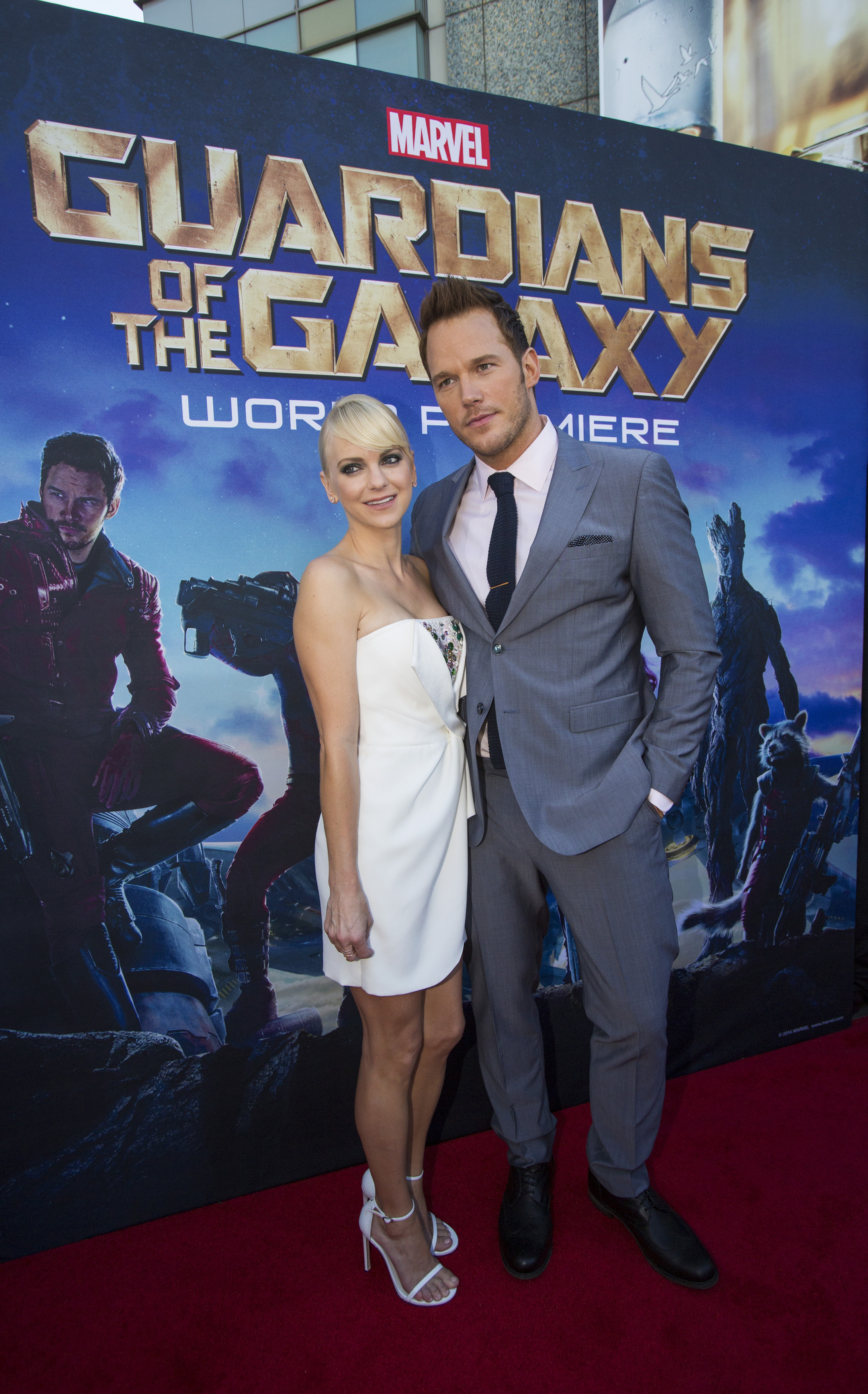 Cast member Pratt and his wife, actress Faris pose at the premiere of “Guardians of the Galaxy” in Hollywood REUTERS/Mario Anzuoni

“It’s not ideal, but yeah, I think both of us are actually probably doing better,” he added.

The popular celebrity duo announced last August that they were separating after trying “hard for a long time” to make things work out.

“We tried hard for a long time, and we’re really disappointed,” Pratt wrote. “Our son has two parents who love him very much and for his sake we want to keep this situation as private as possible moving forward. We still have love for each other, will always cherish our time together and continue to have the deepest respect for one another.”

Faris recently talked about her thoughts about marriage and admitted she needs to “figure out” the purpose of it after both of her marriages ended in divorce.

“I need to figure out what the purpose is,” Faris explained. “Is it safety for your children? Is it convention? Is it so other people respect your relationship more?”

OPINION
1
EPSTEIN: It's Time For Some Clear Thinking About The Virus
Opinion
2
Intel Official Dumps Bombshell On ABC About November Coronavirus Warnings
Media
3
'That Is A Lie!' Joe Scarborough Goes On Screaming Rant At Networks – Including His Own – For Not Fact-Checking Trump During Live Press Briefings
Media
4
CBS Will Start Airing Major Movies On Sunday Nights During The Coronavirus Pandemic. Here's What You Can Watch
Editorial
5
Greg Gutfeld And Juan Williams Find A Rare Point Of Agreement On How To Help The Restaurant Industry
Media