One of America’s most beloved first ladies, Barbara Bush, passed away this week.

Over the weekend, some of America’s most powerful and famous traveled to Houston to pay their respects to her legacy. Melania Trump, Barack and Michelle Obama, and Bill and Hillary Clinton were all in attendance at the beautiful funeral service which honored Barbara with stories of her service, philanthropy and raw honesty in the public arena.

After the service, the Bush family accompanied Barbara’s casket to the Bush presidential library in College Station, Texas.

The family stood at attention as members of the military honor guard carried Barbara to her final resting place. Barbara’s firstborn son, George W. Bush, posted a photo of the moment with a simple caption: “Give Robin a hug for us, Mom.” 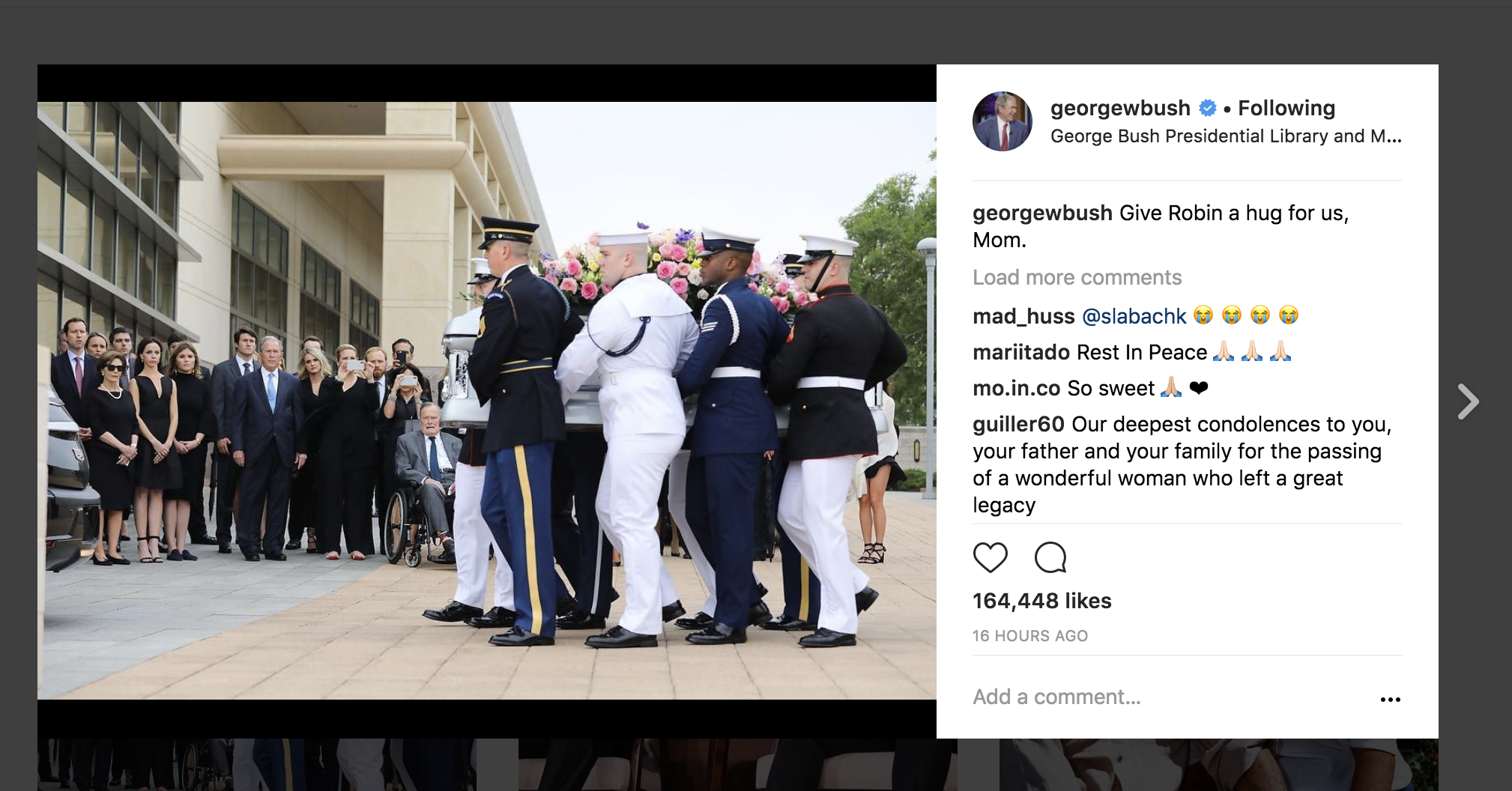 George W. Bush is referring to is his sister, Robin, the first daughter of George and Barbara, who died of leukemia at 3 years old. Barbara Bush will be buried next to Robin at the Bush family library.

Give Robin a hug for us, Mom.