Actress Blake Lively resorted to taking a party bus to the Metropolitan Museum’s annual gala Monday because her gown’s train was that long.

Lively’s head-turning Versace dress required special transportation accommodations to the Metropolitan Museum’s Heavenly Bodies: Fashion & The Catholic Imagination Costume Institute Gala due to the sheer size of its train, according to Vogue. The 30-year-old actress’ gown took over 600 hours to embroider the bodice that paired nicely with the dramatic burgundy train complete with sheer panels up the side of her legs.

The actress paired the dress with a gold halo-inspired headdress to reflect Catholic inspiration in fashion. The ensemble featured other accessories such as her Lorraine Schwartz jewelry that cost over $2 million. Her outfit was paired with Christian Louboutin shoe, according to People magazine.

“They’re making something custom for it. So it’s kind of nice, because I have a bunch of artists around me who I have direct relationships with. It’s sort of a group effort with that. I rely on people who do that for a living rather than outsourcing it to someone else,” Lively told Women’s Wear Daily. 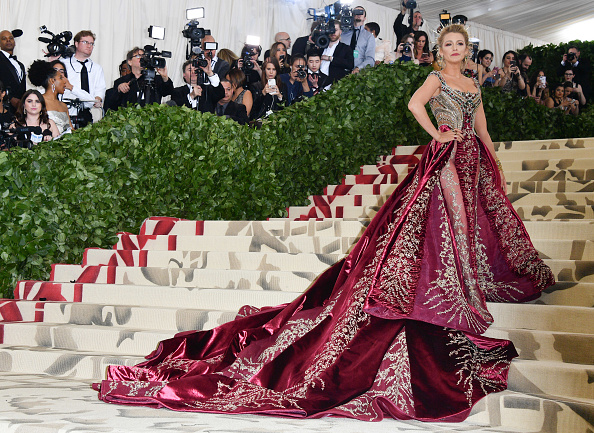 Blake Lively turns heads at the Heavenly Bodies: Fashion & The Catholic Imagination Costume Institute Gala at the Metropolitan Museum of Art on May 7, 2018 in New York City. (Photo by George Pimentel/Getty Images) 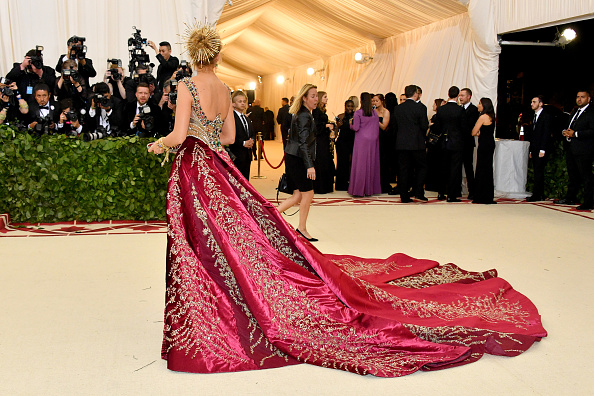 Blake Lively took a party bus to the Heavenly Bodies: Fashion & The Catholic Imagination Costume Institute Gala at the Metropolitan Museum of Art on May 7, 2018 in New York City. (Photo by Dia Dipasupil/WireImage) 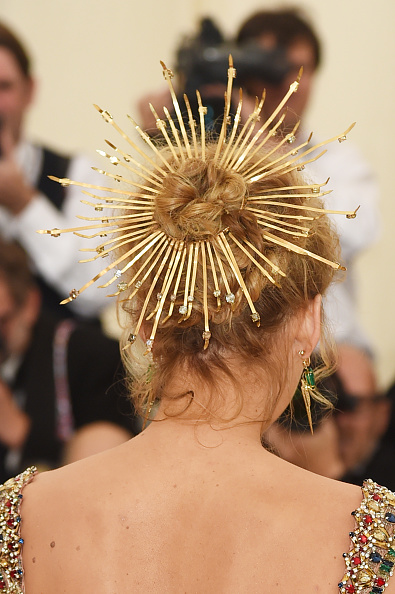 The Metropolitan Museum of Art hosts a gala every year to reflect different trends in fashion. Past years had a Chinese theme, superhero theme, and even a futuristic theme.