Mitt Romney bought his tuxedo from Amazon for the Metropolitan Museum of Art’s annual gala Monday.

Romney, 71, the 2012 Republican presidential nominee, bought a Brioni tuxedo for the Met’s Heavenly Bodies: Fashion and Catholic Imagination gala, according to People magazine. Romney made an appearance at the high-fashion event in honor of his former business associate and friend Stephen Schwarzman who is one of the honorary chairmen at the gala, according to The New York Times.

The politician attended the gala with his wife Ann who donned a sophisticated emerald green gown. When asked about his fashion choices, his wife jumped in and said, “Don’t you dare!” However, that did not stop Romney from telling reporters that he got his suit for a discount off Amazon. A similar Brioni suit available on Amazon is currently selling for $1,999. 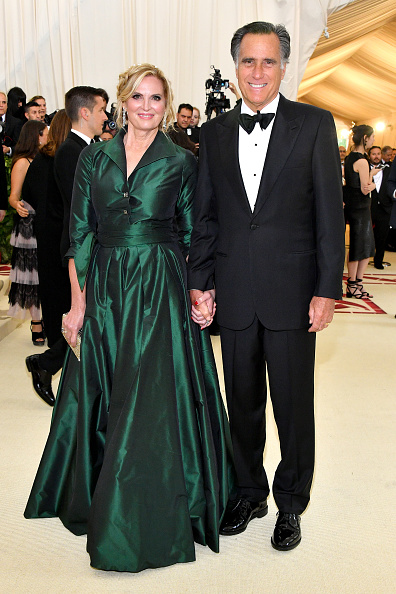 NEW YORK, N.Y. – MAY 07: Ann Romney and Mitt Romney attend the Heavenly Bodies: Fashion & The Catholic Imagination Costume Institute Gala at The Metropolitan Museum of Art on May 7, 2018 in New York City. (Photo by Dia Dipasupil/WireImage)

The Mormon politician also claimed that he was not aware of the annual prestigious party until getting the invite from his friend Schwarzman.

Romney is now running for a Senate seat in Utah.