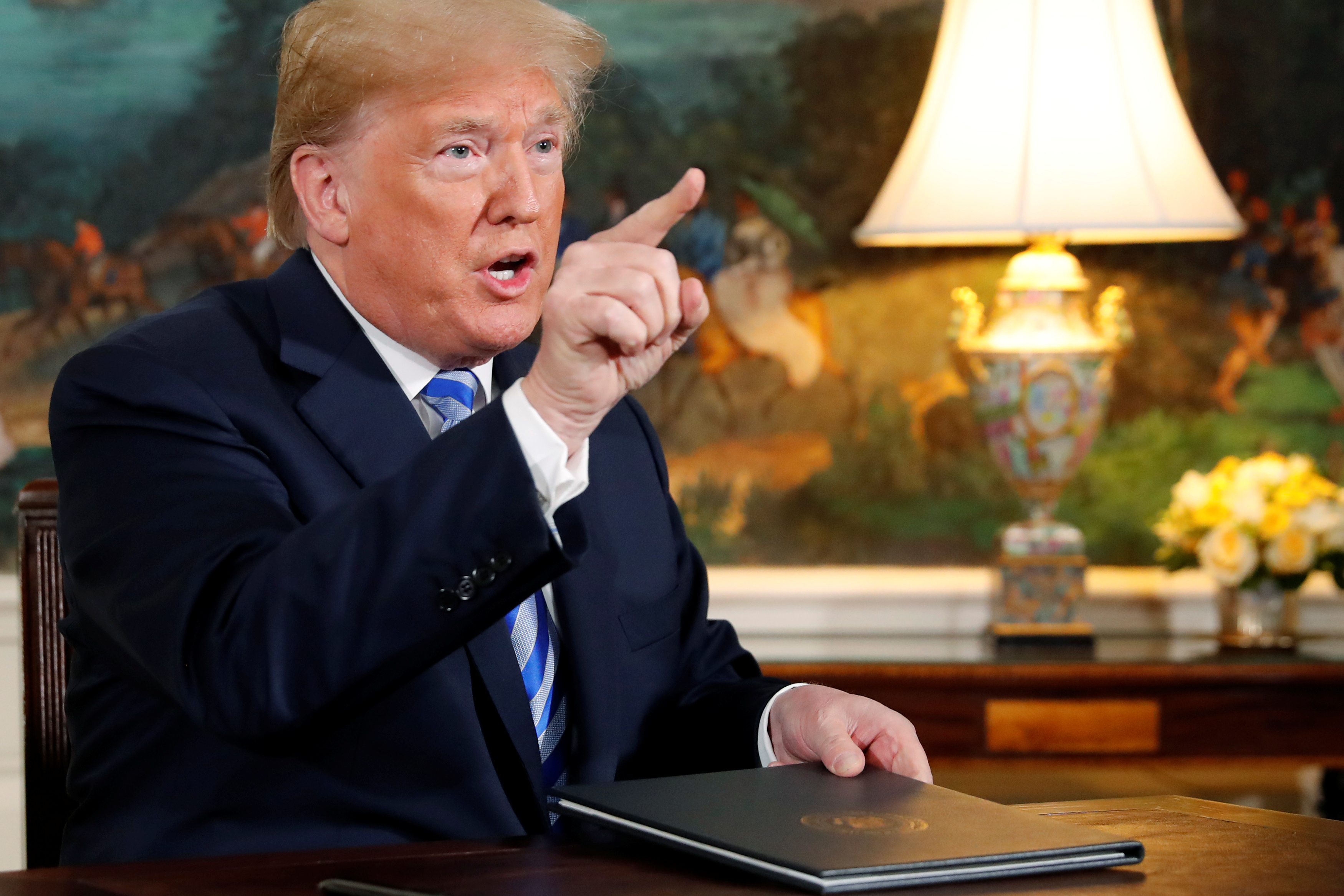 U.S. President Donald Trump speaks to reporters after signing a proclamation declaring his intention to withdraw from the JCPOA Iran nuclear agreement in the Diplomatic Room at the White House in Washington, U.S. May 8, 2018. REUTERS/Jonathan Ernst – RC1DA5C1CB70

Pompeo traveled to North Korea with the intention of securing the release the American hostages and to finalize the details of an upcoming summit between Trump and North Korean leader Kim Jong Un.

“It’d be a great gesture if they’d agree to do so,” Pompeo said on his way to North Korea Tuesday.

The hostages included Kim Dong-Chul, Kim Hak-Song and Kim Sang-Duk. Chul was a Christian missionary engaged in work in North Korea when he was arrested in October 2015 for allegedly stealing secrets.

Hak-Song and Sang-Duk were imprisoned under Trump’s presidency in 2017 and were working at a private university in Pyongyang. Hak-Song was also a Christian missionary working at the private university, and Duk Two was engaged in humanitarian work for citizens affected by a flood.

Trump also announced that he will meet Pompeo and the hostages upon their arrival at Andrews Air Force Base early Thursday morning.

Secretary Pompeo and his “guests” will be landing at Andrews Air Force Base at 2:00 A.M. in the morning. I will be there to greet them. Very exciting!

This is a developing story. The Daily Caller will update as more information becomes available.