The clan of terrorists is believed to have ties to Jamaah Anshar Daulah (JAD), an extremist group that is affiliated with the Islamic State network in Indonesia. The attackers came from a single family whose head was the leader of a terrorist cell in Surabaya, the port city where the bombings occurred, according to National Police chief Gen. Tito Karnavian.

“We have identified the bombers,” he said Sunday at a press conference, according to the Jakarta Post. “It is highly likely that they shared a familial background.”

The attack struck three separate churches in Surabaya, the capital of Indonesia’s East Java province and the island nation’s second largest city. ISIS claimed responsibility for the bombings through its propaganda agency, Amaq, describing them as a “martydom” operation against Christian “crusaders” and security personnel.

1. Horrific videos and images coming out of Indonesia where there were three back-to-back attacks on churches this Sunday. ISIS has claimed responsibility both on Amaq and in a longer press release: pic.twitter.com/0f0ieN4Uc1

According to Karnavian, the father of family was the bomber at the Surabaya Pentecostal Church, while two male teenage relatives blew themselves up at Saint Mary Immaculate Catholic Church. In the third bombing, the family’s mother and two daughters, ages 9 and 12, detonated one or more suicide vests at the Diponegoro Indonesian Christian Church. 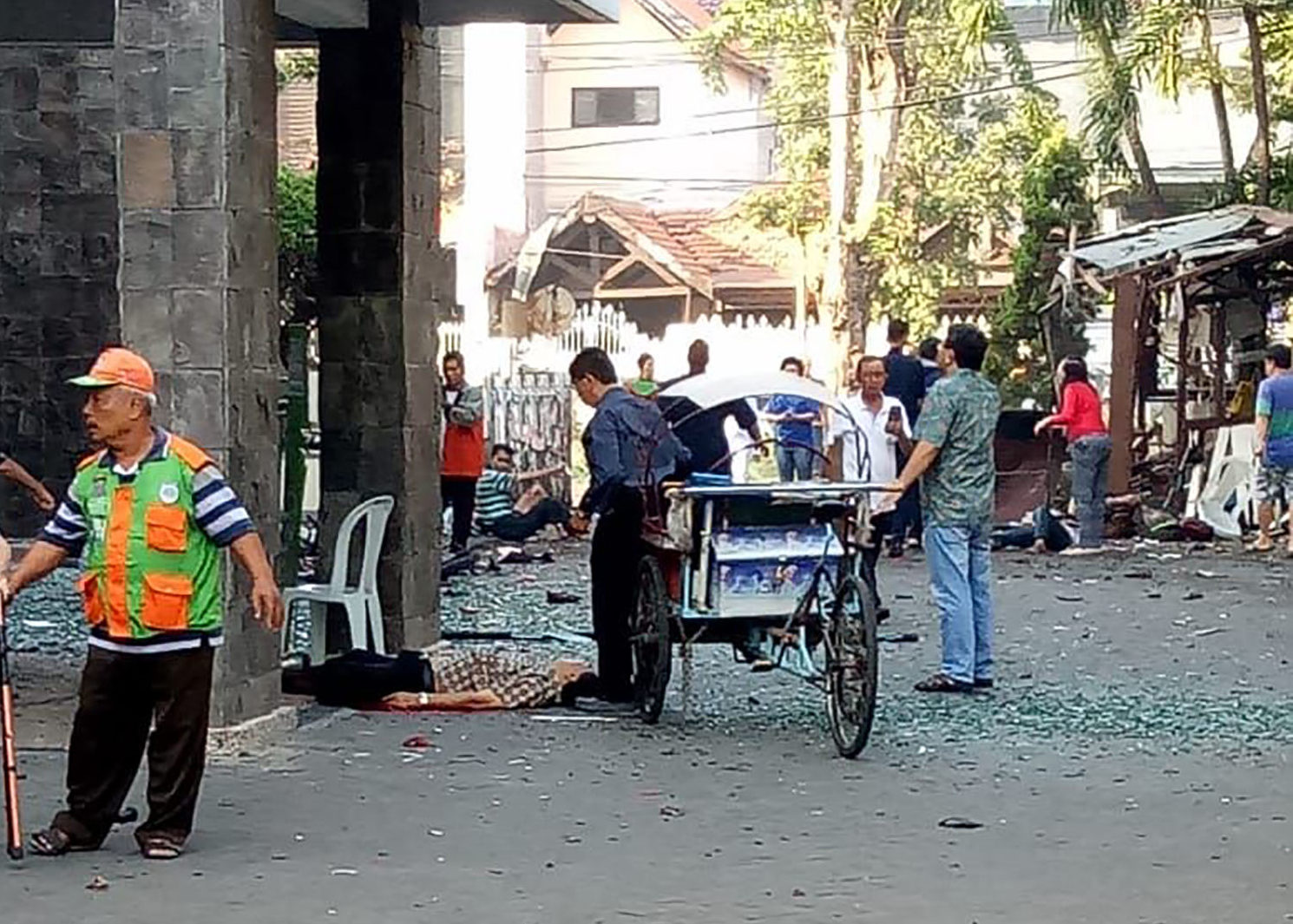 Bystanders observe the aftermath of a suicide bombing at a church in Surabaya, Indonesia on May 13, 2018. PHOTO: TheDCNF

The attack comes amid a rise in Islamic extremist violence in Indonesia, where supporters of ISIS have been seeking to carry out large-scale attacks against government security forces and the country’s Christian minority. Indonesian authorities believe it was the first time children have been involved in carrying out a terrorist attack in Indonesia, reports The Wall Street Journal.

ISIS-inspired violence has flared up across Indonesia in recent days, beginning with an inmate uprising at a terrorist detention center in Jakarta on Wednesday. The 36-hour riot left five police officers dead.

Earlier Sunday, police shot and killed four suspected terrorists in a gunfight in western Java. The men were members of a pro-ISIS militant group and had been working on plans to attack the Jakarta detention center, police said. 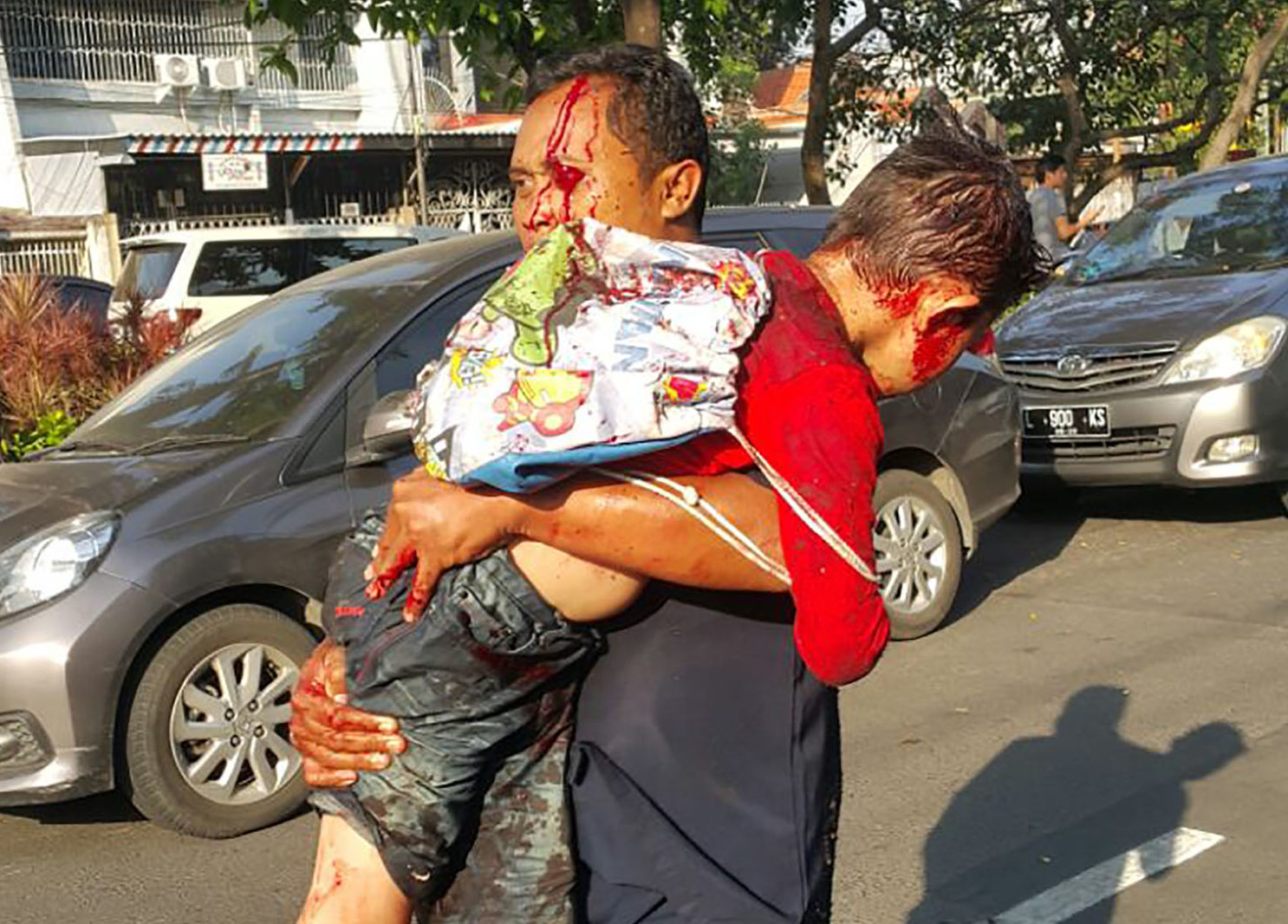 A man carries an injured child away from the scene of a suicide bombing at a church in Surabaya, Indonesia on May 13, 2018. PHOTO: TheDCNF

“Several sleeper cells have started waking up, said Setyo Wasisto, a police spokesman, according to TheWSJ. “We suspect that there’s a command from Nusakambangan for them to act,” he added, referring to the name of a prison that houses some of Indonesia’s most dangerous inmates.