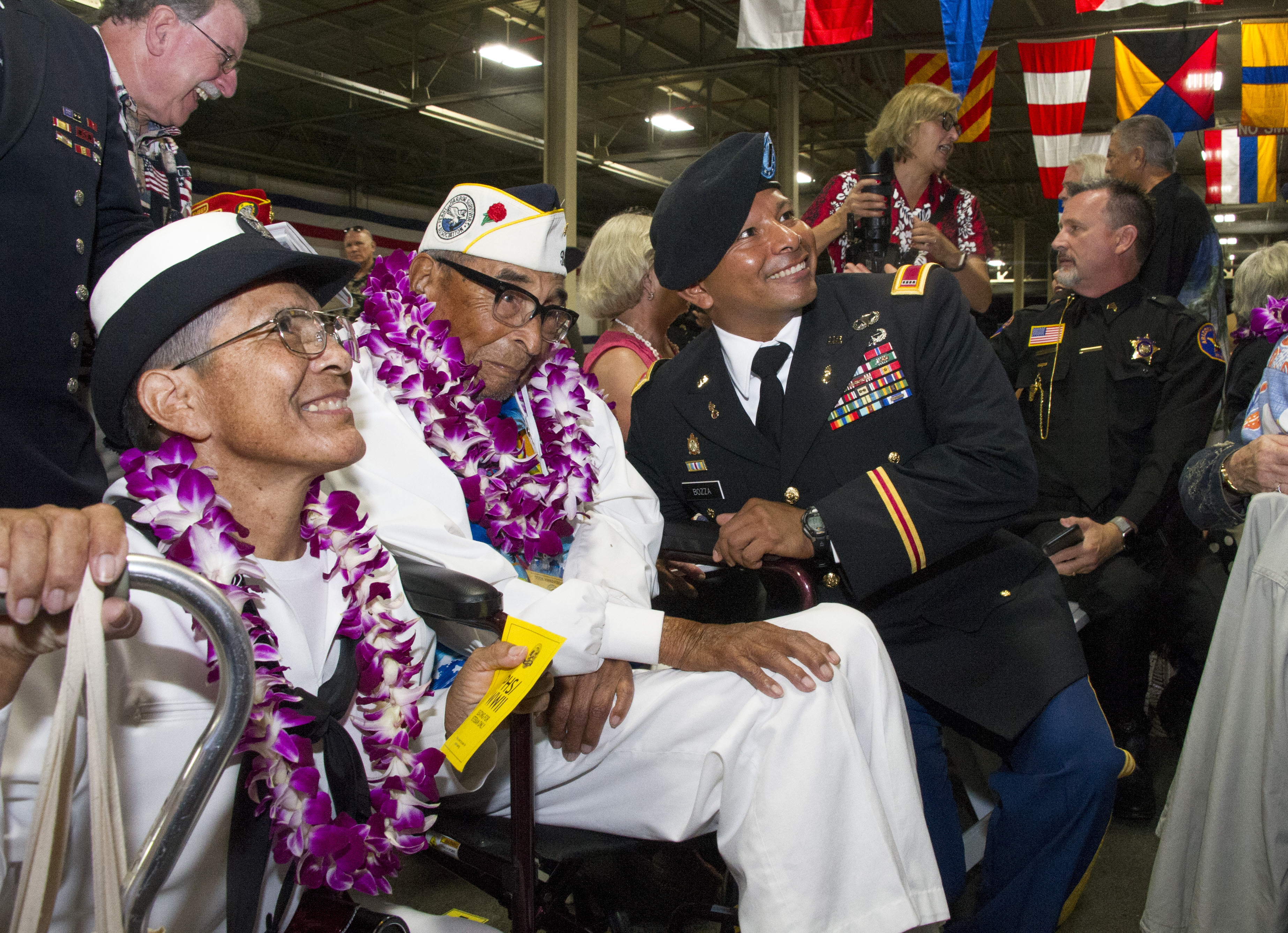 HONOLULU, HI – DECEMBER 07: Pearl Harbor survivor Ray Chavez (C) sits with his daughter Kathleen Chavez (L) and Chief Warrant Officer 4 Dorian Bozza (R) during a ceremony commemorating the 75th anniversary of the attack on Pearl Harbor at Kilo Pier on December 07, 2016 in Honolulu, Hawaii. Chavez was onboard the USS Condor and was the first to notice a Japanese submarine in the area. (Photo by Craig T. Kojima – Pool/Getty Images)

“I’m glad I did my part and went through all those military exercises, being in the war and everything,” he told the Tribune.