Sanders says the WH would certainly like to have a meeting with North Korea, “but the President is not looking just for a cheap political stunt.” She says he wants to get something that produces long-lasting and actual real solutions.” 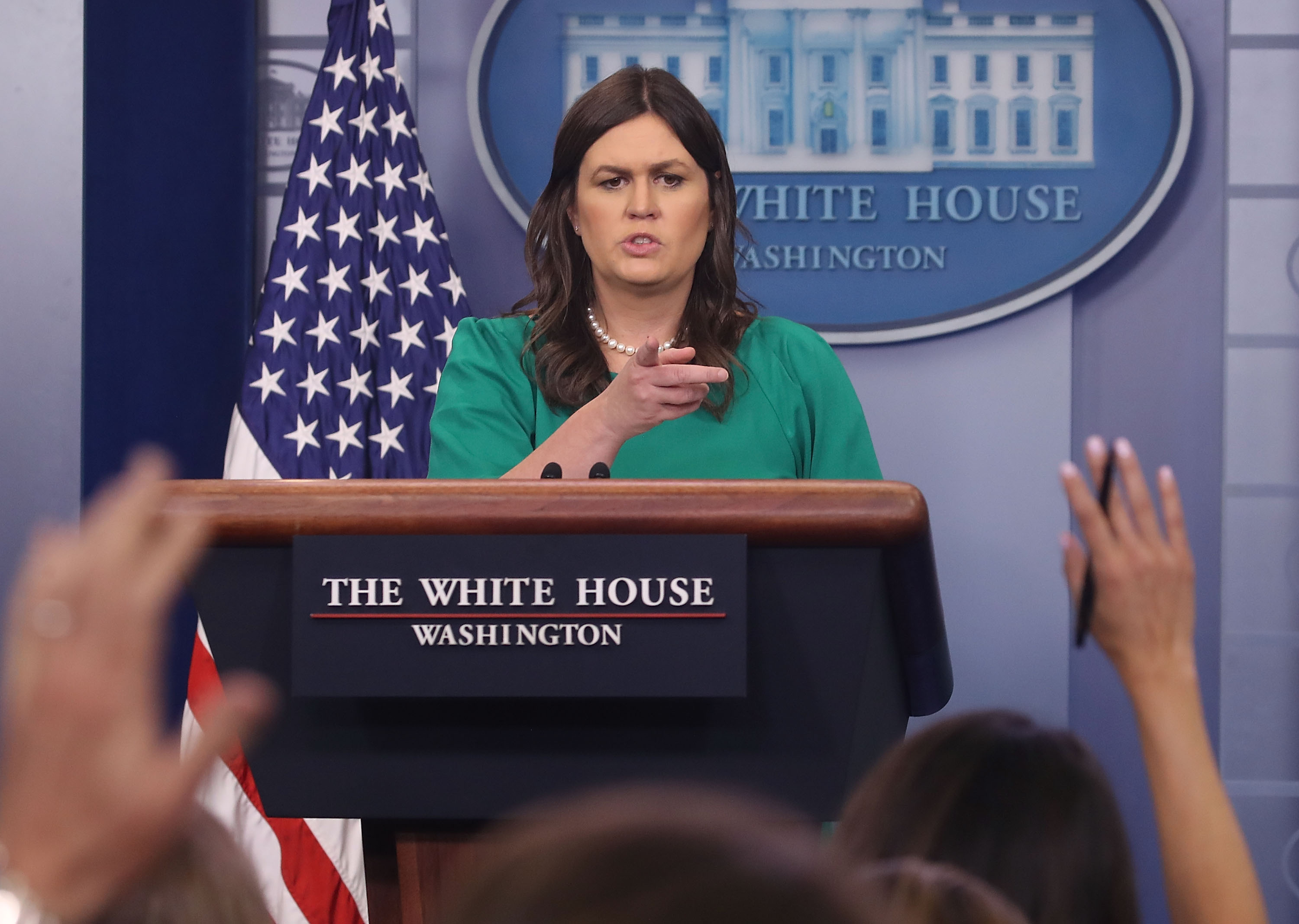 WASHINGTON, DC – MAY 07: White House Press Secretary Sarah Huckabee Sanders speaks to reporters in the Brady Briefing Room at the White House, on May 7, 2018 in Washington, DC. (Photo by Mark Wilson/Getty Images)

President Trump wrote an open letter to Kim Jong-un Thursday, pulling out of a planned summit between the two leaders due to his recent rhetoric. (RELATED: Sarah Sanders Gets Heckled By Former Clinton Press Secretary — Her Response Shows Why You DO NOT Mess With Her)

1
NBC News Spent Weeks Reporting On A Contributor's Journey Battling Coronavirus – But Now He Says He Never Had It
Media
2
LeBron James Weighs In On Suspended ESPN Reporter. Should The NBA Star Speak Out Against China?
Editorial
3
Trump Wants Schools To Reopen, And Teachers Unions Are Pushing Back. What Do Parents Want?
US
4
'F**k You': ESPN Drops The Hammer On Reporter Who Sent Profane Message To Senator Josh Hawley
Editorial
5
'This Is Appalling': Pelosi Accuses Betsy DeVos Of 'Malfeasance And Dereliction Of Duty'
Politics