Shaun King, Linda Sarsour and other liberals thought they were criticizing the Trump administration on Sunday when they tweeted a picture of immigrant minors sleeping in a caged enclosure, but it turned out they were inadvertently tweeting a photo that occurred during the Obama administration instead.

“This is happening right now, and the only debate that matters is how we force our government to get these kids back to their families as fast as humanly possible,” Favreau wrote in a now-deleted tweet, which included a disturbing image of two immigrant minors sleeping in a caged enclosure.

But the Arizona Central article was from 2014 — during Obama’s presidency.

I saw this photo floating around and didn’t know if it was real.

Children of immigrants are being held in cages, like dogs, at ICE detention centers, sleeping on the floor. It’s an abomination.

King and Sarsour weren’t the only ones tweeting about the photo: 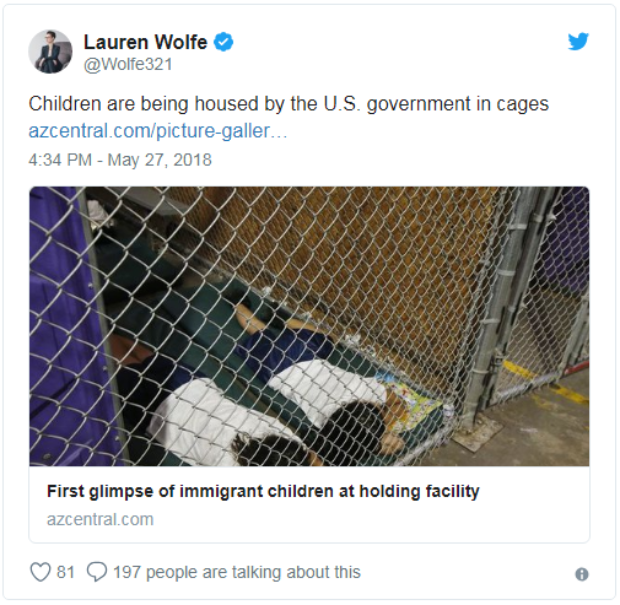 The US Govt is holding migrant children in small cages like they are animals–just as 45 describes them.

This is horrific. This is inhumane. This cannot stand. #ThisIsAmerica https://t.co/JEty91DHvq

A Look Inside Our Guantanmo for Kids. How much longer will America tolerate this?https://t.co/Sg1UWc8G6Y

This is monstrous. We are all complicit. https://t.co/eObKaKrAJq