CNN made the editorial decision to bring on a retired English Teacher to bash Trump’s grammar and spelling Tuesday.

CNN’s morning show brought on a Georgia teacher, Yvonne Mason, who took a letter she received from President Donald Trump and marked it up with black and yellow ink, highlighting grammatical errors.

Trump sent her a letter in response to her writing the White House and calling for more school safety. Mason posted the letter on Facebook. 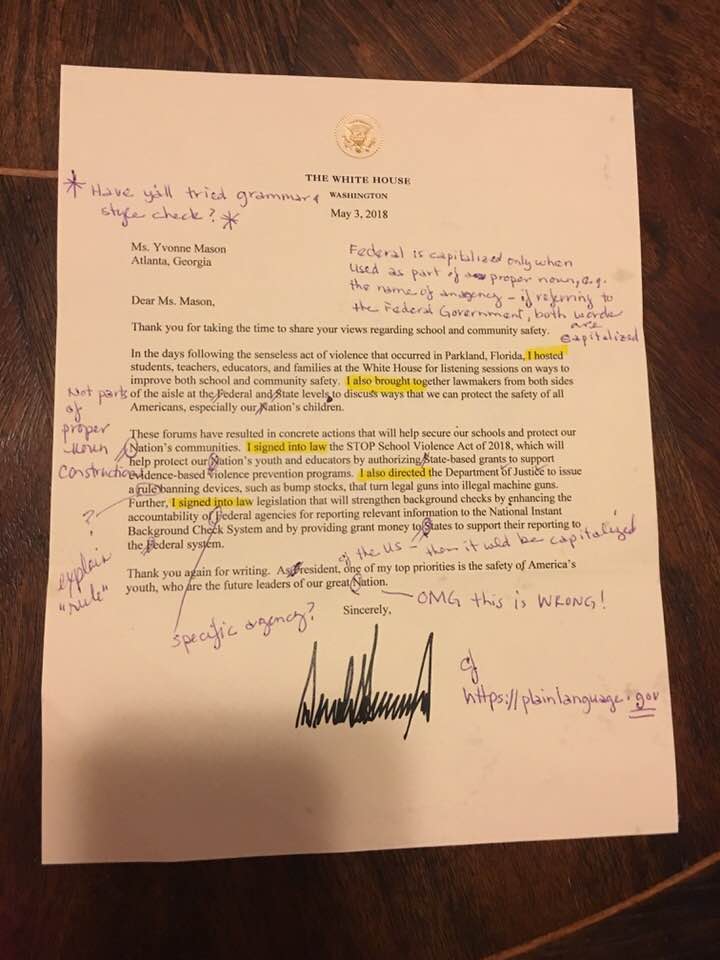 “Have you y’all tried grammar and style check because there are computer programs that help you with some of these things?” Mason exclaimed.

The CNN anchors praised Mason, saying she had “gumption” and asking what grades she would give Trump, were he in her class.

“I hate to give a grade because this is so incredibly public,” Mason said, “If I were grading for that, which is mechanics basically, I just don’t see I could give him over a D. I really don’t. I would probably give him some points for effort.”

The segment went on for six minutes.
WATCH: