At the beginning of the year, Democrats were leading big on a generic congressional ballot. That has all changed.

The accomplishments of the Trump administration in the early parts of the year mixed with a stabilizing economy has bolstered GOP hopes of maintaining control of the House and potentially gaining in the Senate. According to Fox News and Real Clear Politics, the margin for Democrats has shrunk from 13 points to 4 points on a generic ballot. 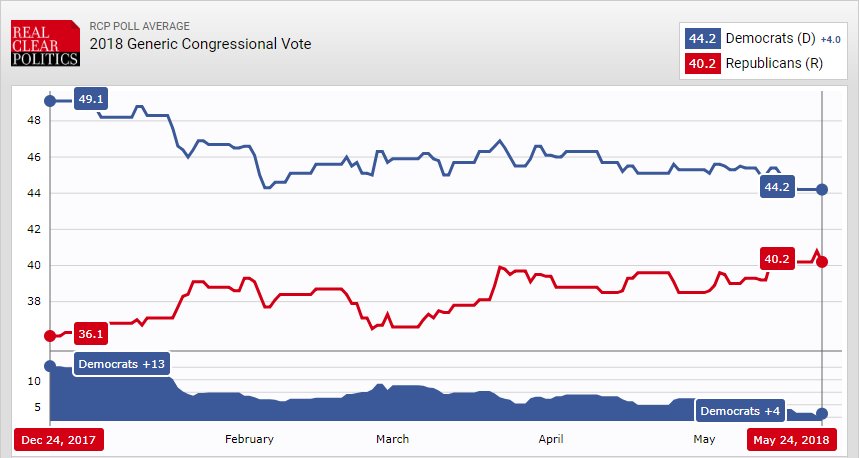 According to Sean Trende at Real Clear Politics, the swing upward has to do with presidential accomplishments:

“There’s a couple of things going on. I think the good economic news is starting to break through. I think people are starting to question where the Mueller investigation is going. I think it had kept the president down for a while. And I think the tax cuts energized the Republican base and are playing a role in the president’s improving fortunes.”