Former President Bill Clinton got heated Monday morning on NBC’s “Today” show over questions about his affair with former White House intern Monica Lewinsky in light of the #MeToo movement.

In an interview with NBC’s Craig Melvin, Clinton accused Melvin of “giving one side” of the Lewinsky story.

“This March, Monica Lewinsky penned an op-ed in “Vanity fair,” taking responsibility for her part in the scandal but also admitting that years later, she was diagnosed with PTSD from the unrelenting public scrutiny,” Melvin said, as he read aloud an excerpt from the op-ed. “Looking back, through the lens of #MeToo now, do you think differently or feel more responsibility?”

Clinton said he felt “terrible” and “came to grips with it,” and that he did apologize to Lewinsky and left the White House $16 million in debt. 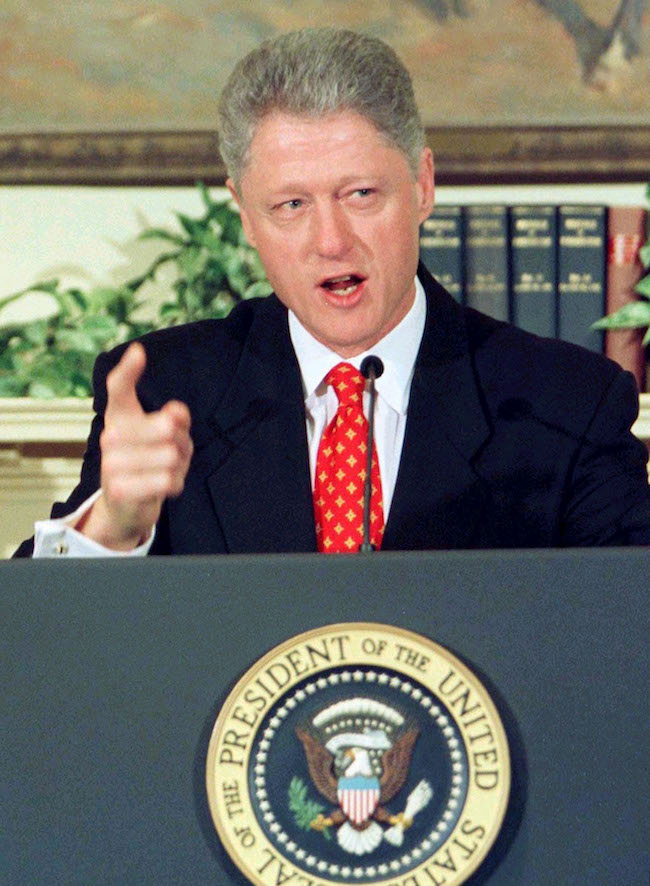 “You typically have ignored gaping facts in describing this, and I bet you don’t even know them,” he continued.

“This was litigated 20 years ago. Two-thirds of the American people sided with me,” Clinton said. “They were not insensitive that I had a sexual harassment policy when I was governor in the ’80s. I had two women chiefs of staff when I was governor. Women were over-represented in the attorney general’s office in the ’70s for their percentage of the bar.”

He continued, “I’ve had nothing but women leaders in my office since I left. You are giving one side and omitting facts.” 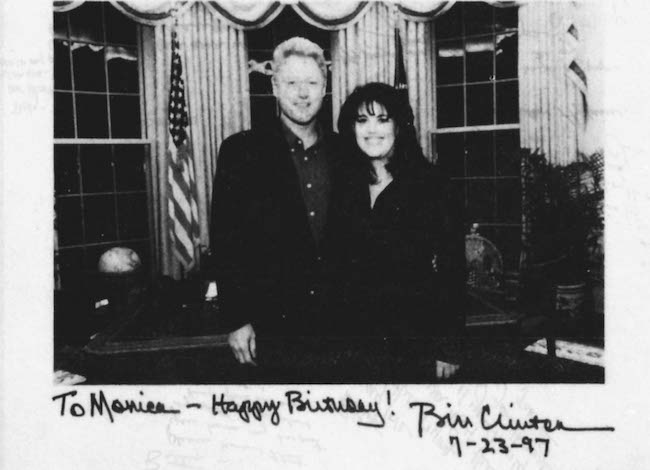 President Clinton is shown in a photo from evidence gathered by Independent Counsel Kenneth Starr in the White House sex scandal investigation. REUTERS

Melvin then interjected, saying he was “not trying to present a side.”

Clinton then clarified that he had apologized to her publicly, not personally, saying he had not spoken with her.

“Someone should ask you these questions because of the way you formulate the questions. I dealt with it 20 years ago, plus, and the American people, two-thirds of them, sided with me, and I’ve tried to do a good job since then with my life and with my work. That’s all I have to say.”