Kanye West is grateful to those who didn’t “turn they back” on him after his public support for President Donald Trump.

“I feel so blessed. For everyone that didn’t turn they back. I’m in tears right now. I love all of you,” West tweeted Monday afternoon. 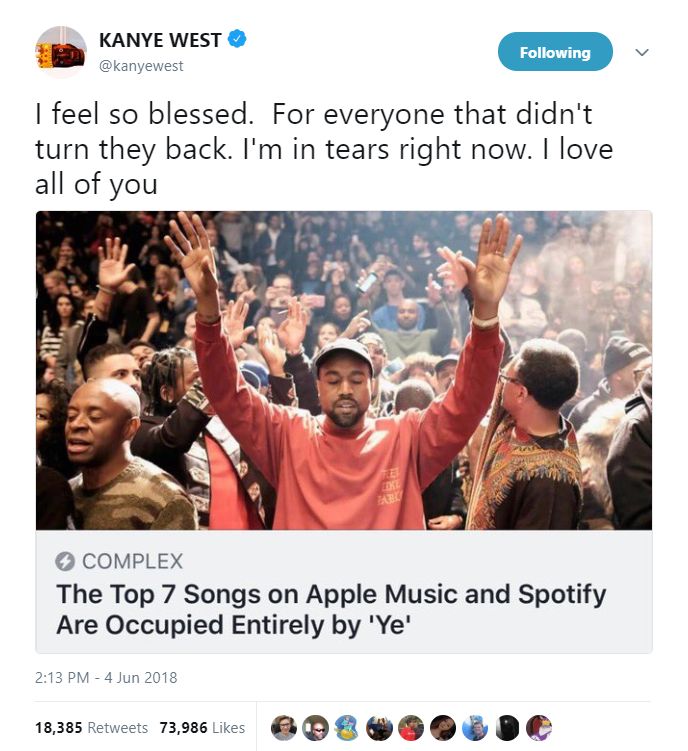 After the 2016 election brought Trump’s victory, Kanye first voiced his support for the new president.

In April, Kanye’s support for Trump divided the music industry and much of America, as he defended the right to have his own opinions.

“You don’t have to agree with Trump, but the mob can’t make me not love him,” he tweeted. “We are both dragon energy. He is my brother. I love everyone. I don’t agree with everything anyone does. That’s what makes us individuals. And we have the right to independent thought.”

“The evolution of Jay-Z and Kanye show you how influential your wife can be to your life,” he said on Instagram, alluding to Jay-Z’s wife Beyonce and Kanye West’s wife Kim Kardashian West.

Kim Kardashian West, supported Kanye’s right to free speech, even as she distanced herself from his Trump support.

“He’s a free thinker, is that not allowed in America?” she asked. “Because some of his ideas differ from yours you have to throw in the mental health card? That’s just not fair. He’s actually out of the sunken place when he’s being himself which is very expressive.” 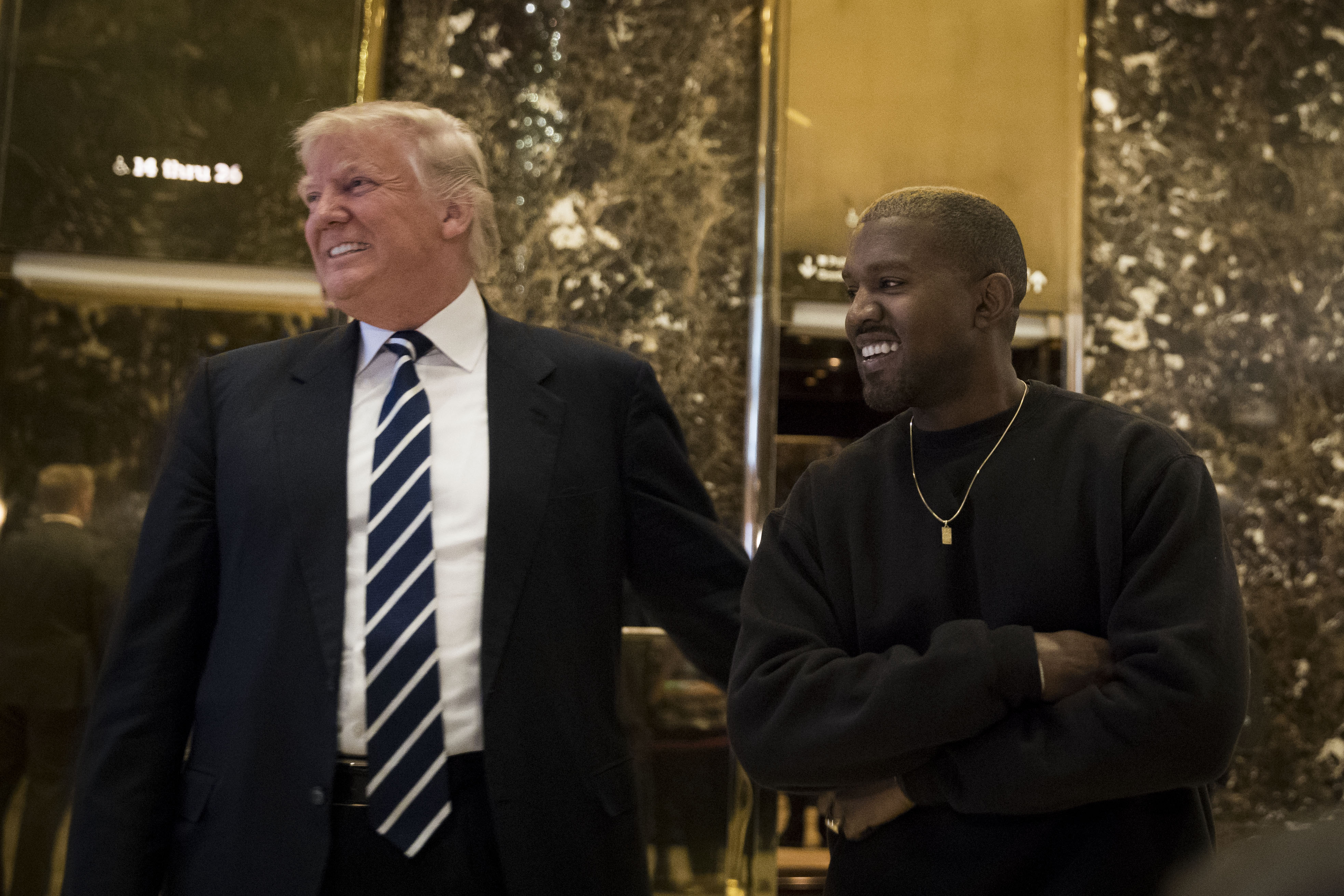 “I think that he really spent the time to listen to our case that we were making for Alice [Marie Johnnson],” the reality star told Mic. “He [Trump] really understood, and I am very hopeful that this will turn out really positively.”

West, who is dropping a new album titled “Ye,” was backed up by sponsor Adidas, and the president himself.

“Kanye West must have some power because you probably saw, I doubled my African-American poll numbers. We went from 11 to 22 in one week. Thank you, Kanye. Thank you,” Trump said at a May speech to the National Rifle Association.