Singapore held a surprise birthday celebration with cake and ice cream for President Donald Trump on the eve of his landmark summit with North Korean leader Kim Jong Un.

Trump met with Singaporean Prime Minister Lee Hsien Loong on Monday. During their lunch, the latter had a special birthday cake brought out for the American president, who will turn 72 Thursday.

Singapore’s Minister of Foreign Affairs Vivian Balakrishnan tweeted out a picture of the festivities. 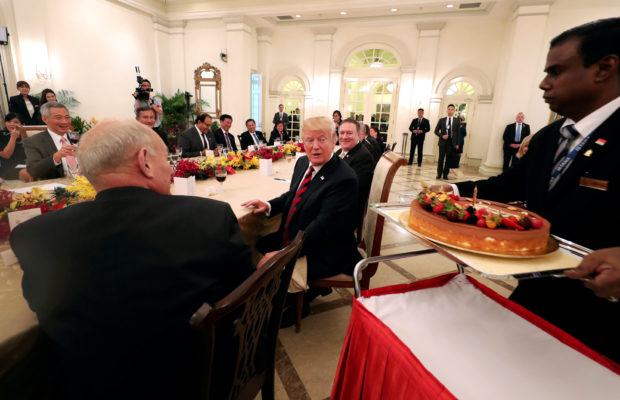 U.S. President Donald Trump is presented with a birthday cake as he attends a lunch with Singapore’s Prime Minister Lee Hsien Loong at the Istana in Singapore June 11, 2018. Mandatory credit Ministry of Communications and Information, Singapore/Handout via REUTERS

In one scene from the event, Trump can be seen blowing out the cake’s sole candle. We can all probably guess what the president wished for. 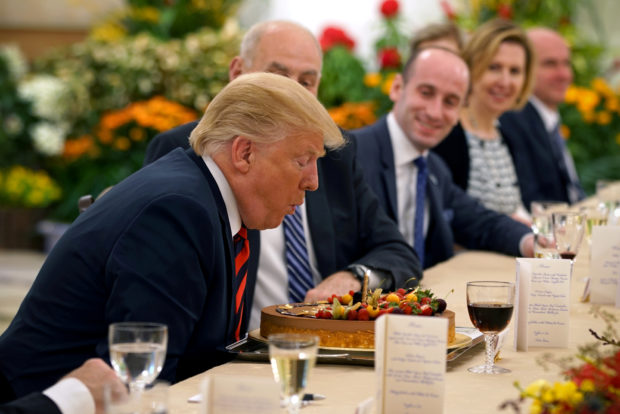 U.S. President Donald Trump blows out the candle on his birthday cake as he attends a lunch with Singapore’s Prime Minister Lee Hsien Loong at the Istana in Singapore June 11, 2018. Mandatory credit Ministry of Communications and Information, Singapore/Handout via REUTERS

Trump will meet Kim Jong Un at the Capella Hotel on Sentosa Island at 9 a.m. Tuesday. The two sides have been scrambling lately to reach a consensus on critical issues, the most important being denuclearization, ahead of the summit.

“We’ve got a very interesting meeting in particular tomorrow, and I just think it’s going to work out very nicely,” Trump said Monday.