Rob Reiner said that “there’s no line” too far when it comes to attacking President Donald Trump.

“I don’t think there’s a line when you’re saying something that is accurate,” the 71-year-old actor/director told the Hill Tuesday. “If you treat women a certain way and you have a pattern of treating someone a certain way over your lifetime, the term misogynist comes into play.” 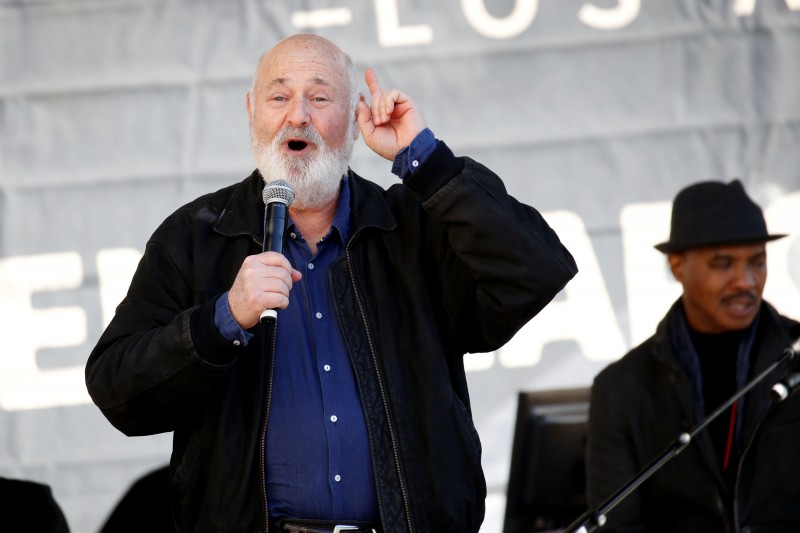 “If you talk about things that are racist, then you earned that,” he added. “In terms of Trump, he started his campaign talking about the first African-American president being illegitimate. That’s a very racist idea. You don’t have a problem saying the guy’s racist, if he’s exhibiting racist behavior.”

The producer then related how the press covered the run-up to the Iraq war and claimed they are under attack even more today.

“The press today I think is more under attack and has a more difficult time even than those guys had during the run-up to the war in Iraq,” Reiner explained while talking about his upcoming movie “Shock and Awe,” a story about journalists covering the Iraq War. It will air on DIRECTV Thursday and in theaters July 13th.

“It’s about telling the truth, getting the truth out, informing the public so that we can hold people in public accountable, because otherwise you have the consequences of what we saw in Iraq, that people died needlessly and cost the country over $2 trillion and counting,” he added.

The actor, who backed Hillary Clinton in the 2016 election, also said that former Vice President Joe Biden might be just what the country needs to “right the ship.”

“I think the ship is foundering right now and someone with his experience could come in and right the ship,” the “All in the Family” star explained.