Antifa, a violent, so-called anti-fascist group, tweeted out a list of over 1,500 Immigration and Customs Enforcement agents’ identities.

The Twitter account “nebraska antifa” sent out a tweet to its followers on Tuesday that linked to the personal information of ICE officers compiled from information found on LinkedIn.

“Some enterprising hero archived the ICE employees listed on linkedin,” the tweet reads.

A Twitter user who goes by Sam Lavigne compiled the list of ICE agents’ identities, titles and locations. In a tweet on Tuesday morning he says he “scraped LinkedIn for people that work for ICE.”

The Medium link in Lavigne’s was no longer available as of Tuesday night.

Lavigne created the database in response to ICE’s “inhumane” efforts in on the border, according to his archived Medium post.

“I’ve downloaded and made available the profiles of (almost) everyone on LinkedIn who works for ICE, 1,595 people in total. While I don’t have a precise idea of what should be done with this data set, I leave it here with the hope that researchers, journalists, and activists will find it useful,” Lavigne wrote on Medium. 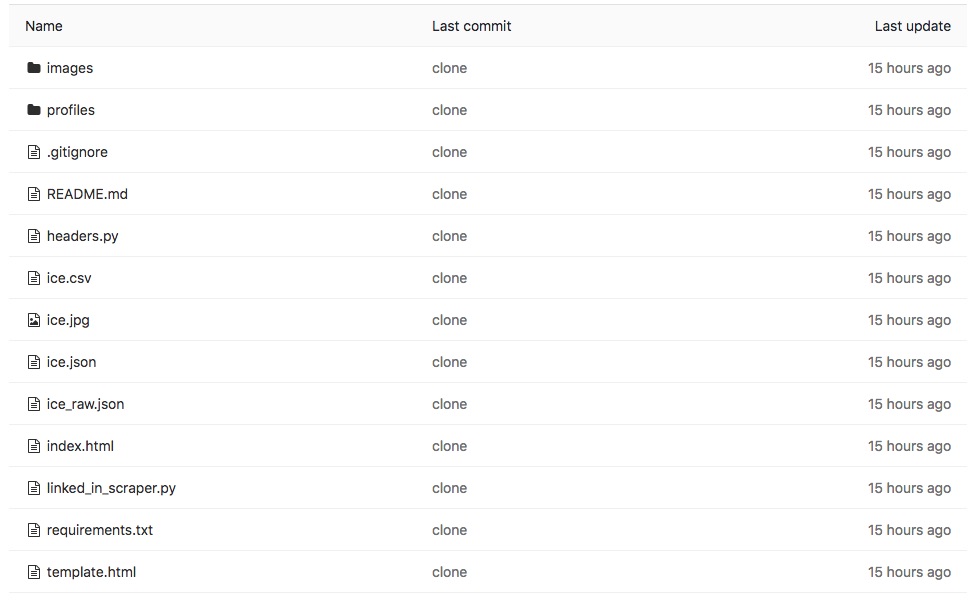 The Medium post spread to r/ChapoTrapHouse on Reddit, a subgroup for a podcast made up of far-left activists who encourage doxxing those who they deem Nazis and alt-right. Some users appear to consider ICE and National Security Agency employees Nazis.

One reddit user said “Dox more Nazis” on the thread.

Doxxing is spreading individuals’ personal information such as where they work, their names, addresses, or contact information.

Lavigne also tweeted a screenshot of the personal Twitter account of ICE’s chief technology officer the day after Father’s Day, which included a picture of the official with his son.

There have been a number of reports of Antifa’s violence and the Department of Homeland Security and the FBI classifies the group as a terrorist organization. One example illustrates the group’s attack on individuals at a University of California, Berkeley campus protest in August 2017.

In several video clips, Antifa members are recorded assaulting individuals they described as being right-wing nationalists and alt-right. Department of Homeland Security documents have shown that Antifa has at times posed a greater threat than the so-called white supremacists they combat.

Protests have erupted as the media has highlighted the policy of separating immigrant parents being separated from their children after illegally crossing the southern border. The policy has consequently brought ICE under heavy scrutiny. (RELATED: Here Are Horrifying Photos Of Obama’s Illegal Alien Facilities The Media Refuses To Show You)

The Obama administration prosecuted almost half a million illegal aliens in the country from 2010 to 2016 and 20 percent resulted in a separated families, The Daily Caller reported.