Donald Trump gave an impassioned speech Tuesday to a group of business leaders in Washington, D.C., in which he hammered the recent outrage over immigration policies.

Recent media outrage over the administration’s enforcement of America’s border laws — that result in the separating some families at the border if they seek asylum after crossing the border illegally at non-checkpoint locations — has captured the nation’s attention.

Trump took the fight directly to the media in the speech, saying they were on the side of the smugglers and human traffickers who operate on our borders. The president also hit back at Hillary Clinton for attacking him over open borders criticism. 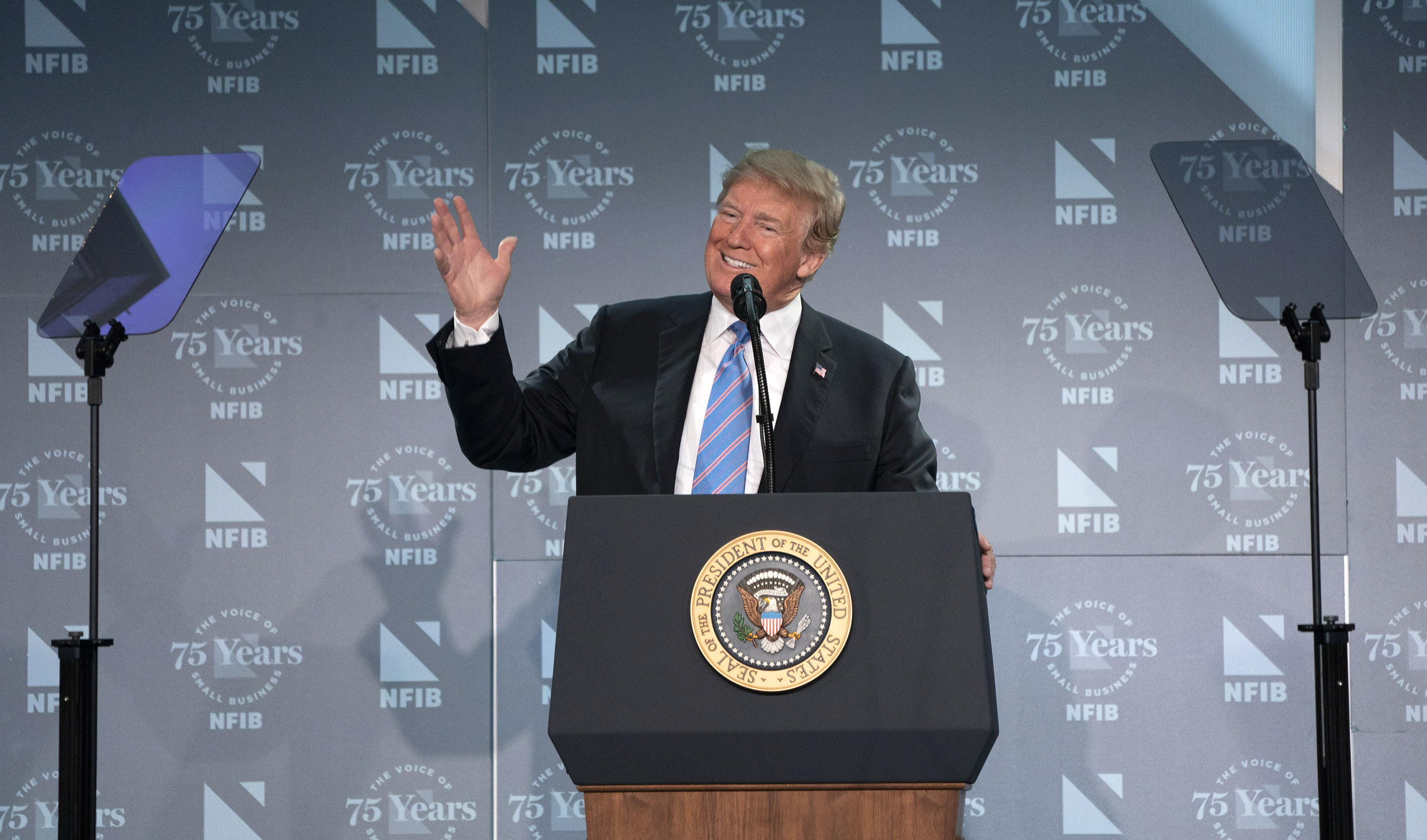 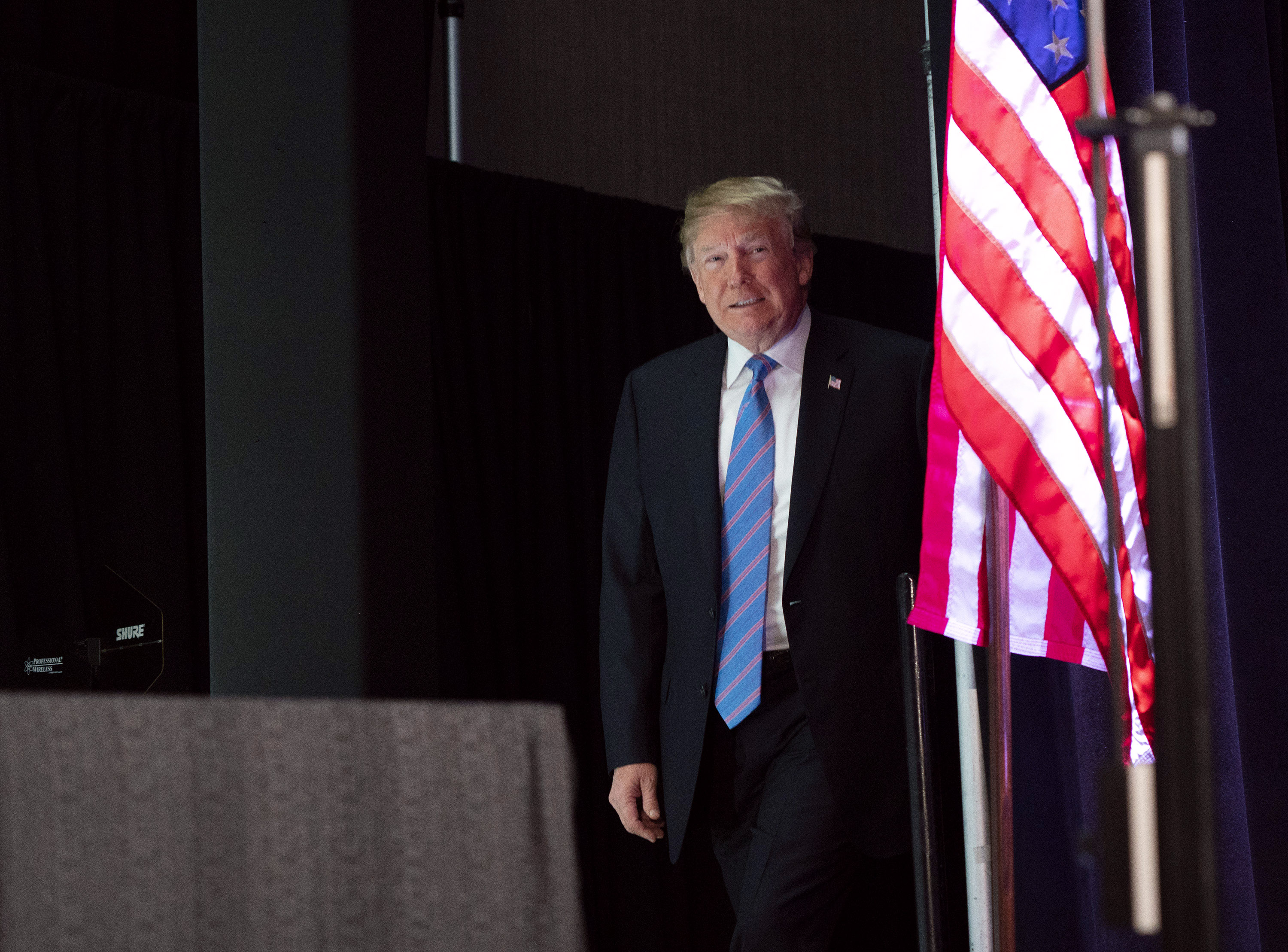 The room was enthusiastic toward Trump and his attacks on various political opponents, regularly applauding and cheering passionately.

As Trump exited the stage, he took a moment to wave at the audience. Then, the president approached an American flag in the corner of the room and gave it a hug. 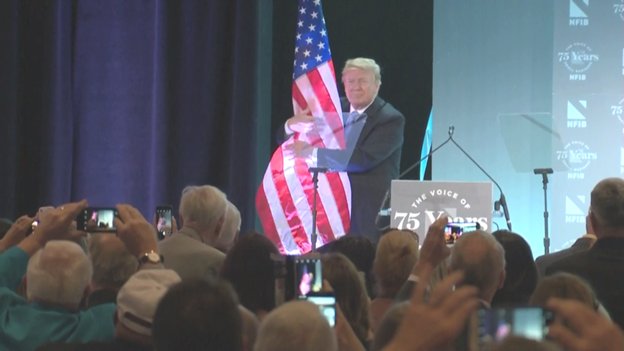 It was not the first time that Trump has given a hug to the American flag. He also did so on the campaign trail. 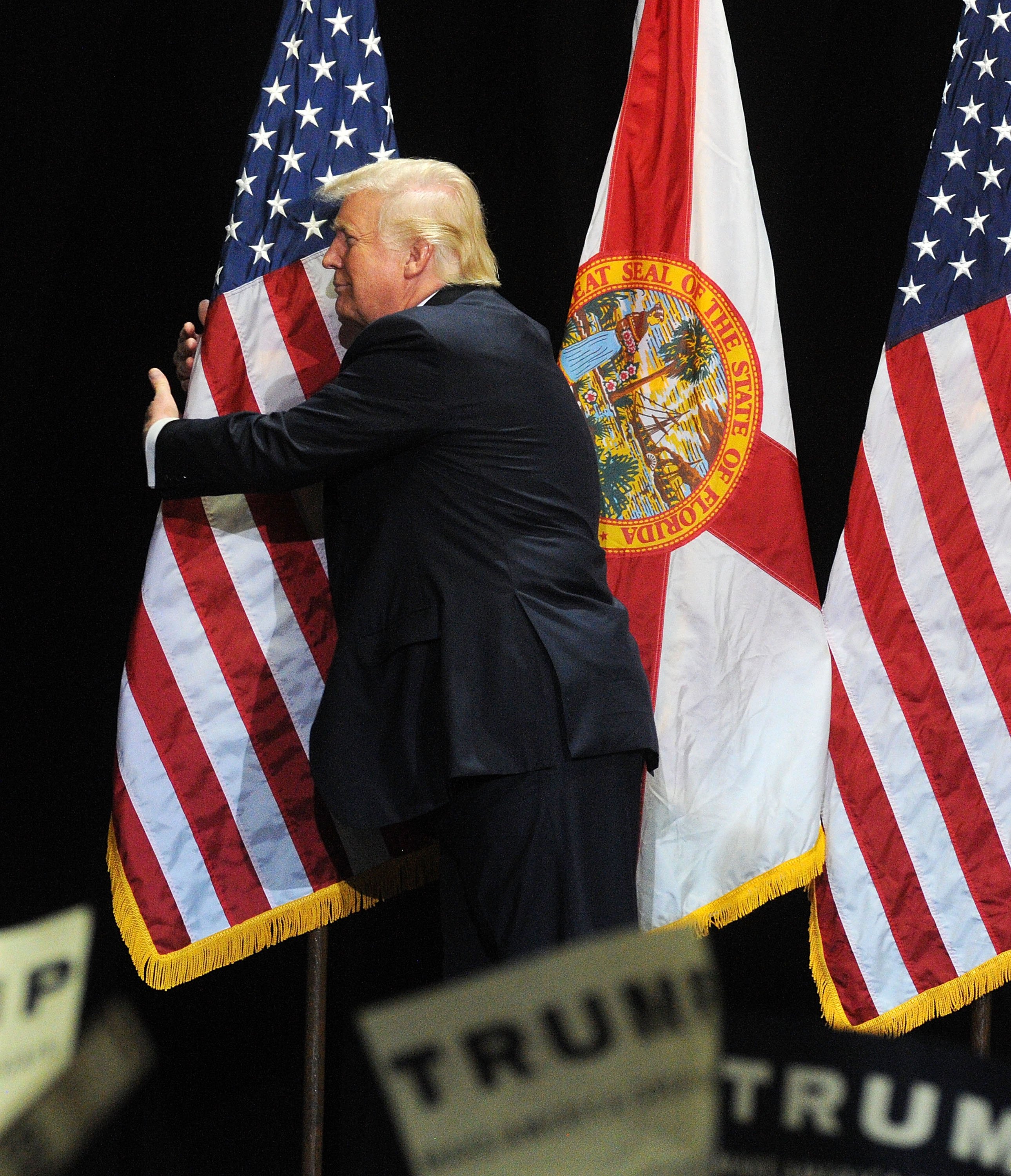 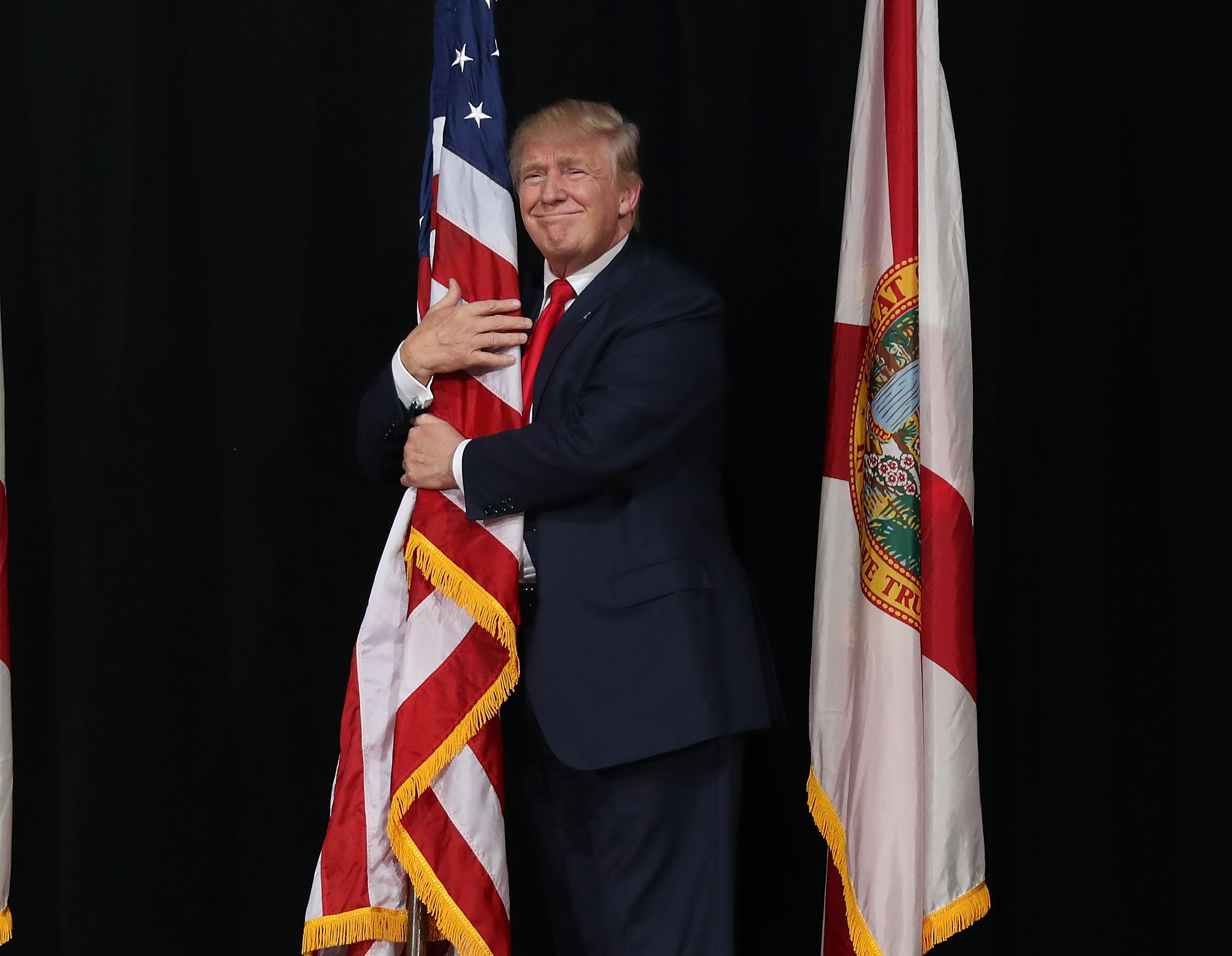 We hope this is not the last time Trump hugs an American flag.