Popular websites like Twitter, GitHub, and Medium are reportedly pushing back against a coordinated campaign to expose the personal information of Immigration and Customs Enforcement (ICE) agents.

Out of an apparent disgust for America’s protocol when dealing with immigrants trying to cross the border or gain asylum, developer Sam Lavigne tweeted a link to a Medium post providing access to the ICE agents’ information. The data was gathered through LinkedIn, which is publicly available for the most part. But the ways in which it has been compiled and spread violates many of the companies’ policies.

I scraped LinkedIn for people that work for ICE: https://t.co/MJuuyMeAal 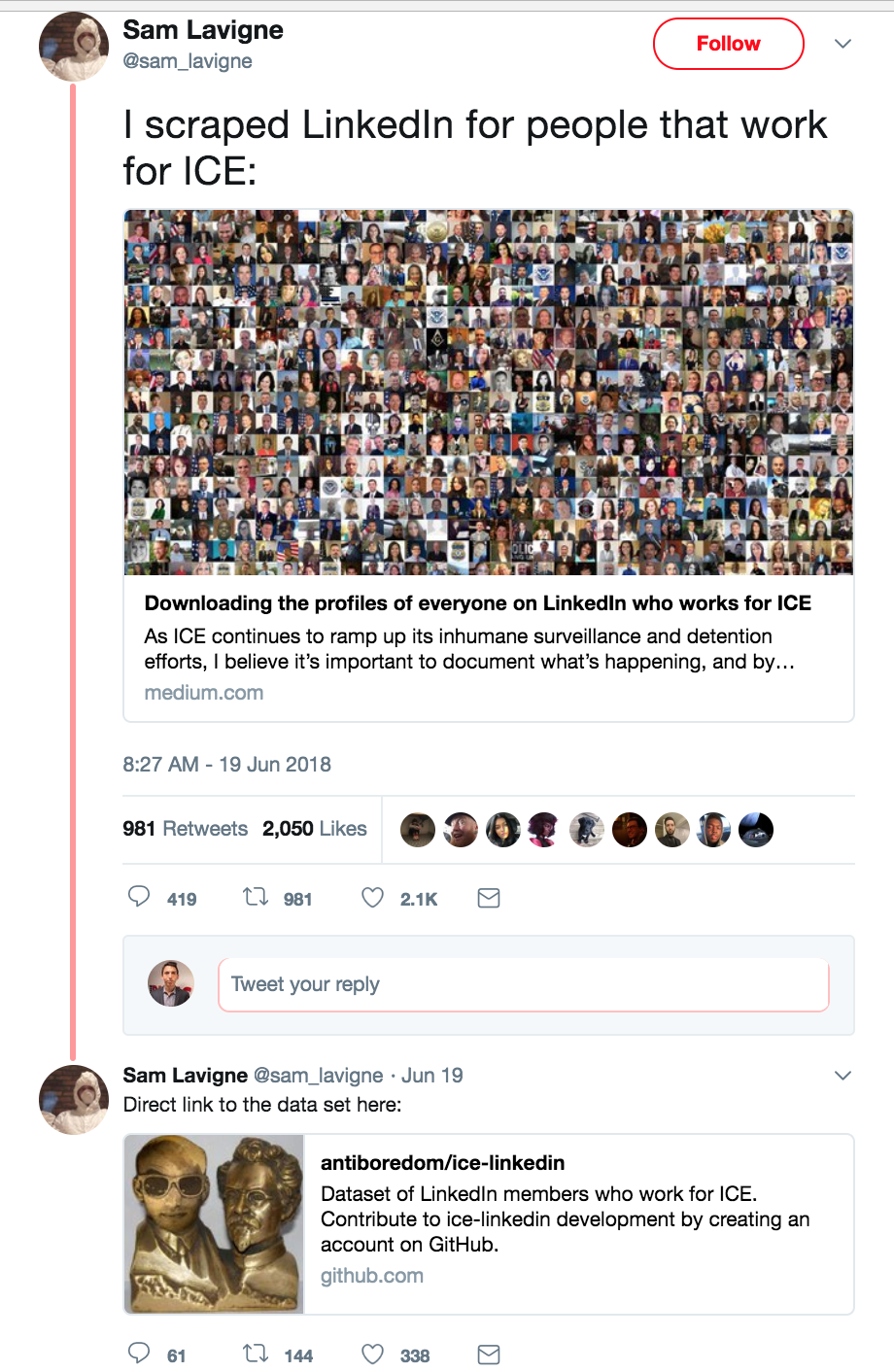 The tweet as of Wednesday morning is still available. But the Medium piece embedded in the social media post is no longer accessible. “This page is unavailable” the site for this specific piece of content reads, with the URL “https://medium.com/suspended.”

The Medium piece was set up to explain the project and take people to the GitHub project. A GitHub spokesman told The Daily Caller News Foundation that it took it down because the project breached its community guidelines, which forbids the “use of GitHub for doxxing and harassment, and violating a third party’s privacy.”

“As ICE continues to ramp up its inhumane surveillance and detention efforts, I believe it’s important to document what’s happening, and by whom, in any way we can,” Lavigne wrote in a Medium post.

Twitter, however, appeared to suspend an account called @iceHRGov that was set up to automatically send out information from the database created by Lavigne.

Still, the database is shared and viewable through other means, as an account called “nebraska antifa” made an archive of the list of around 1,600 ICE employees.

Within the aforementioned Medium piece that isn’t blocked in its archived state, Lavigne shares the archived list as well, further showing their abilities to adapt for their ultimate goals of promulgation. (RELATED: How The Daily Stormer Went From GoDaddy To The Shadows Of The Dark Web)

TheDCNF reached out to Twitter and Medium to confirm the reports of their efforts to take down some of the content and to see if they plan on doing more. Twitter failed to respond in time of publication, while Medium declined to comment and pointed TheDCNF to its conduct rules.