Melania Trump helped convince President Donald Trump to end temporary separations of kids from their parents who have crossed the border illegally.

The first lady reportedly had several talks with Trump over the last few days encouraging him to do all that he could to keep families together “whether via a legislative route or acting alone to stop the process,” according to CNN Wednesday. 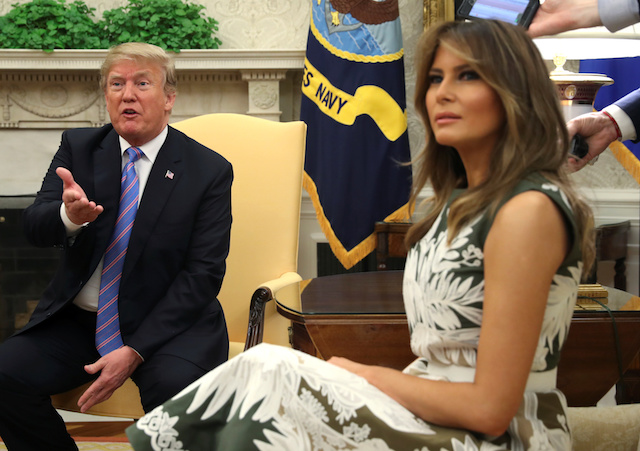 On Wednesday, the president signed an executive order that temporarily ends family separations at the border, allowing families to be detained together while they await prosecution for illegally crossing the border.

Melania spoke out about her feelings regarding the border situation on Sunday. In a statement from the first lady’s office to CNN, she said that “she hates to see children separated from their families” and encouraged leaders to “govern with heart.”

“Mrs. Trump hates to see children separated from their families and hopes both sides of the aisle can finally come together to achieve successful immigration reform,” first lady spokesperson Stephanie Grisham explained. “She believes we need to be a country that follows all laws, but also a country that governs with heart.”

NEW: Statement from @FLOTUS spokeswoman @StephGrisham45 to me regarding what’s happening to kids at our borders: pic.twitter.com/fpsfHJSOTa