The announcement of Trump’s Supreme Court nominee pick is merely days away — yet one name on the list has some influential conservatives cringing behind the scenes.

Kavanaugh, a former Kennedy clerk and veteran of DC judicial circles, is roundly considered the front-runner for the position. While the op-ed pages of mainstream publications are filled with establishment consensus pieces promoting the case for Kavanaugh — the base backlash against him has begun. A conservative movement whisper campaign against Kavanaugh began last Friday and has reached a loud roar today — with conservative pundits and thought leaders wary about his judicial record, conservative bonafides and pro-life rock ribs.

The Washington Post has confirmed that Kavanaugh was one of four judges who met with Trump at the White House Monday morning to interview for the position. Amy Coney Barrett, Amul R. Thapar and Raymond Kethledge were the others three on the list.

Kavanaugh drew the ire of multiple influential conservative movement staffers and judicial activist who spoke with The Daily Caller, some on background due to their positions within the White House and decision-making judicial circles. Insiders say that the base criticism of Kavanaugh are beginning to reach Trump. “The White House Counsel’s Office is reeling today on Kavanaugh,” says one GOP judicial insider with direct knowledge of the selection process. “Kavanaugh is crashing and burning today. I cannot figure out how this happened in one day.”

“The conservative grassroots I speak with are terrified that this will be another Harriet Miers,” says Terry Schilling, executive director, American Principles Project referencing the ill-fated George W. Bush selection for SCOTUS, citing Bush family nepotism and lack of enthusiasm with the base as Kavanaugh weaknesses.

“Kavanaugh is Jeb Bush’s pick for the Supreme Court,” one senior administration official lamented. “This is the low-energy Jeb Bush pick. No one in the base will be animated by [Kavanaugh] — especially Trump supporters who rejected the Bush legacy.”

“We had a kill shot with Gorsuch. This is not the way to follow up,” the official suggested.

Kavanaugh was a Bush campaign official and White House aide who married George W.’s personal secretary. Bush nominated Kavanaugh to the D.C. Circuit in 2003 where he has presided in the minority ever since. Kavanaugh’s confirmation was held up for three years on partisan lines by Democrats objection to his party ties. 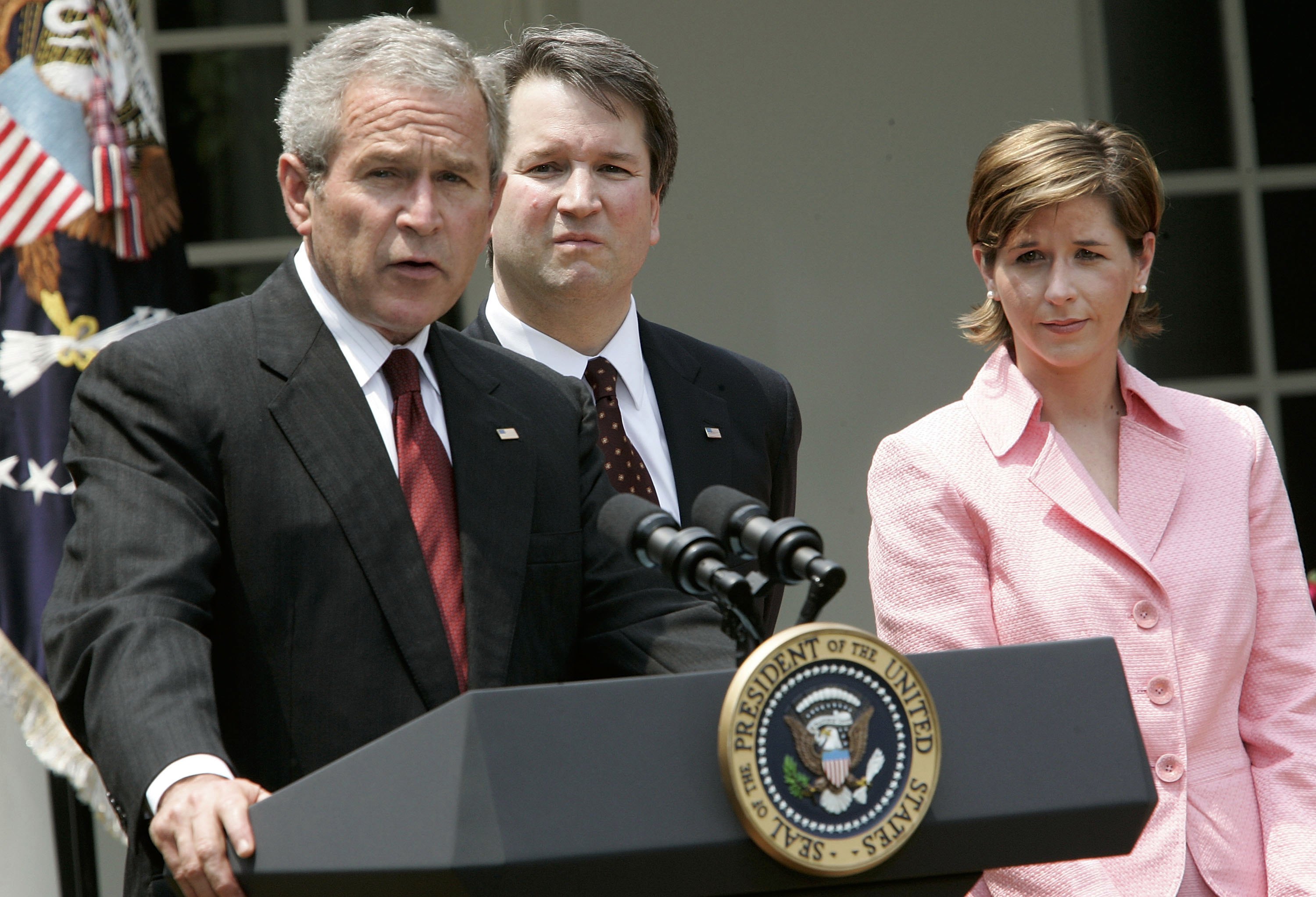 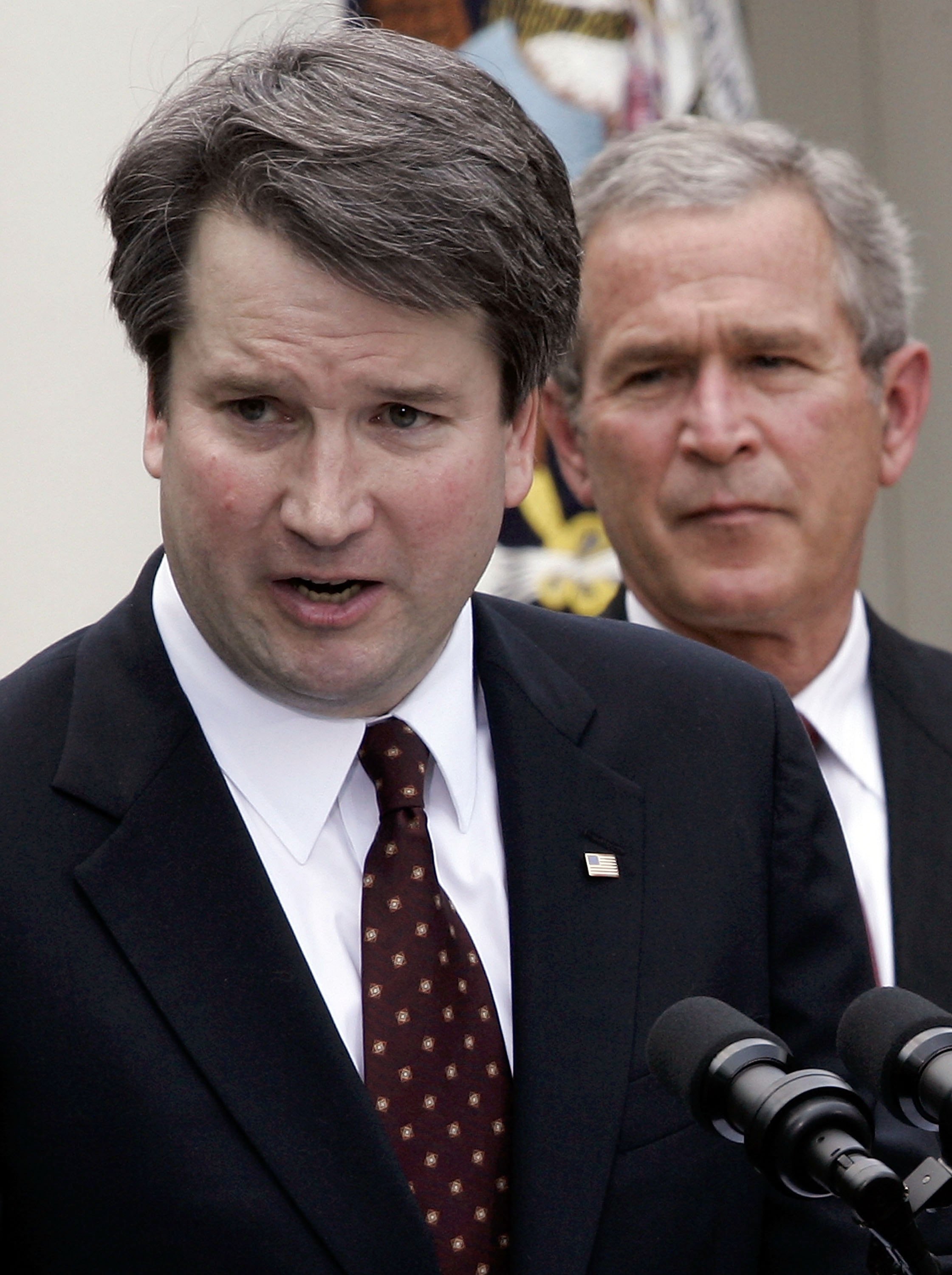 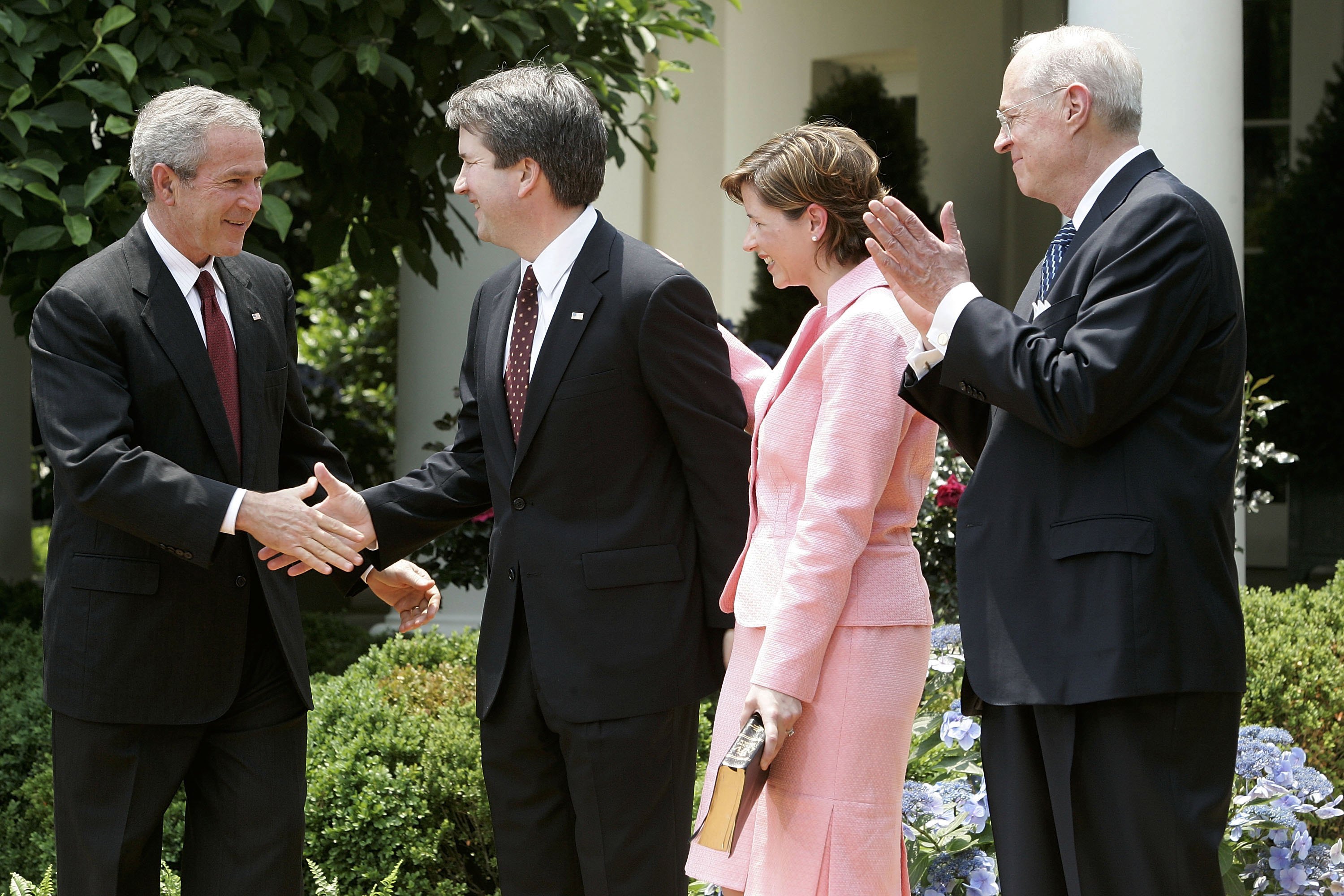 “I’d be very surprised if President Trump hands over the task of picking the next Supreme Court justice to President George W. Bush,” one source, who works in influential DC conservative judicial circles said. “Kavanaugh brings with him all the baggage from the George W. Bush Administration, including 2.25 million records from his days in the White House. This includes 750,000 paper and 1.5 million email records. This does not include the Starr investigation or Bristol Fellowship. All of his documents would have to be vetted and be open to deep ridicule.”

“Given the massive paper trail with Kavanaugh, there are serious doubts he could get confirmed by October 1,” the source said. Kavanaugh has served on the D.C. Circuit since 2006.

Kavanaugh also faces deep pushback from multiple pro-life groups behind the scenes. Pro-life activists cite Kavanaugh’s rulings on a highly controversial abortion rights case involving a 17-year-old illegal immigrant who requested an abortion while in government custody. Kavanaugh did not agree that an illegal immigrant should have a “right” to an abortion in the case but ultimately ruled far less conservatively than some of his colleagues, ultimately allowing for the abortion after a delay and proper “sponsorship.” According to SCOTUS Blog, “Kavanaugh noted that the government had conceded the teen’s right to an abortion. He went on to assert that delaying the procedure while the government sought a sponsor was permissible under the Supreme Court’s precedent because it did not impose an undue burden on that right.”

Kavanaugh also ruled in 2015 in favor of allowing the government legal room to implement Obamacare’s contraceptive mandate, even for religious organizations and churches seeking an exemption. Kavanaugh broke from the other conservatives on the court, ruling that the government does have a “compelling interest” in providing contraceptives as a part of health care.

Pro-life groups have used these rulings as sufficient justification to pull support from his nomination. 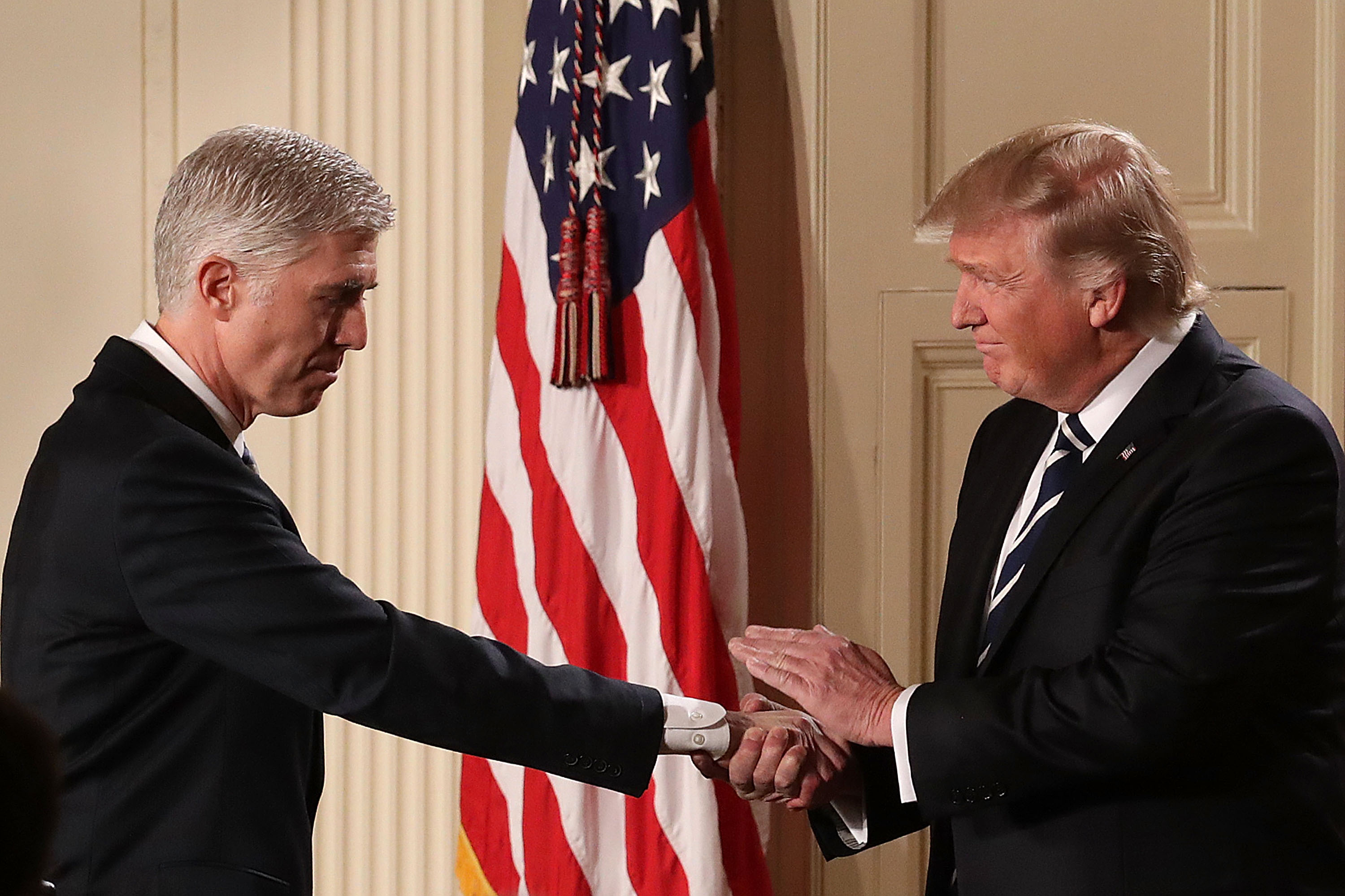 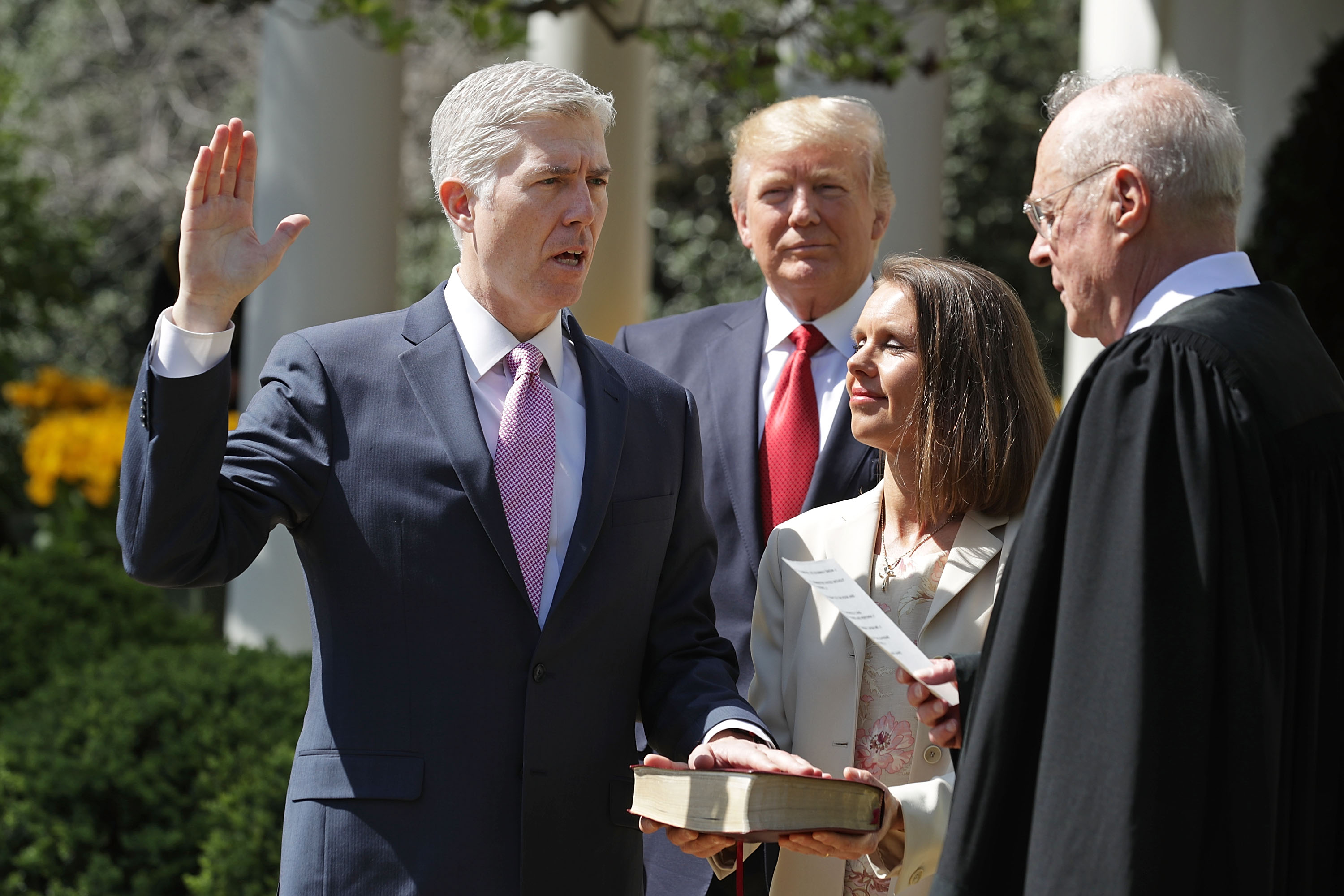 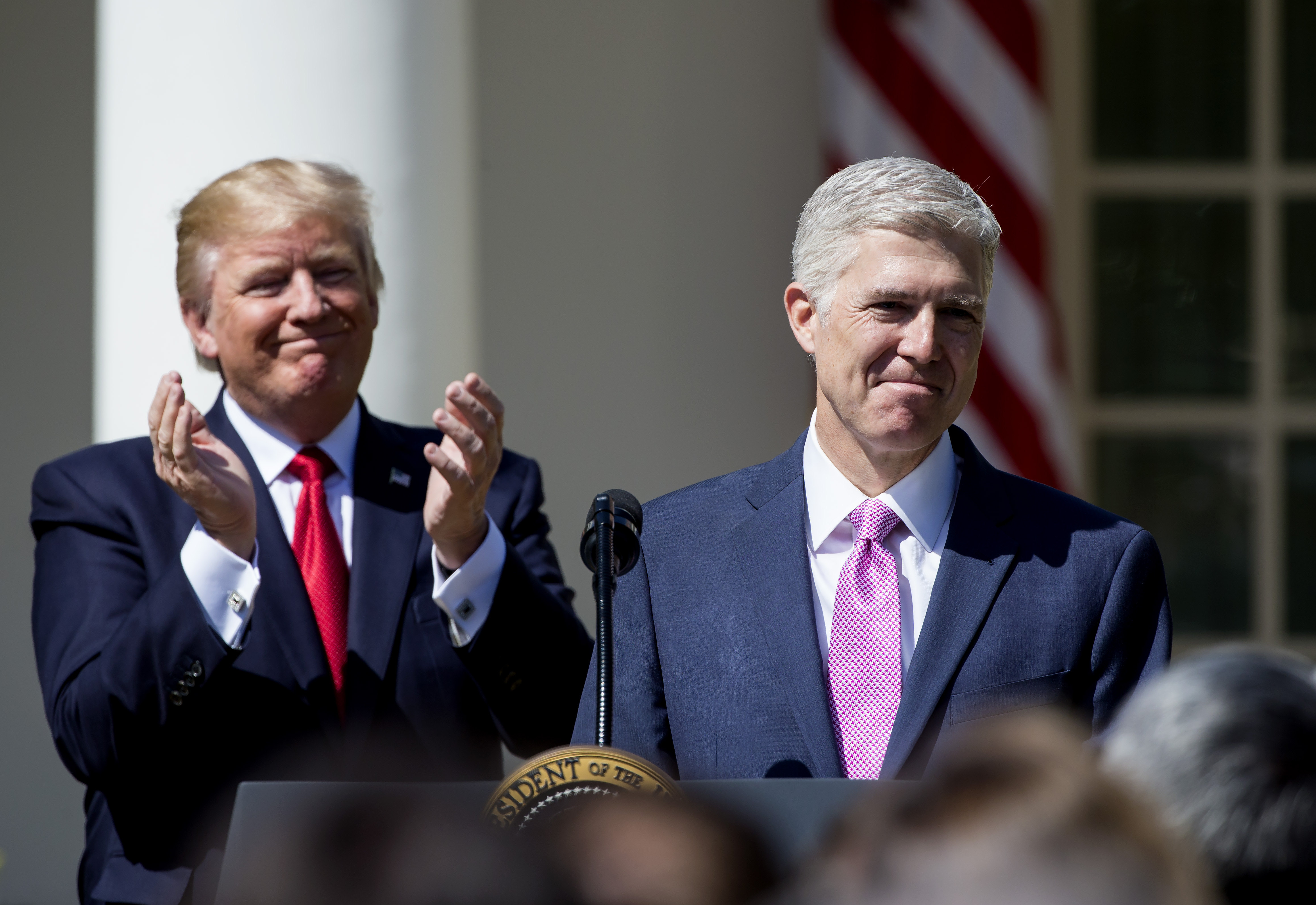 Sources inside the White House say White House Counsel Don McGahn and Trump judicial advisor Leonard Leo are pushing hard for Kavanaugh. “They are cocktail circuit buddies,” says a source familiar with the relationship. “McGahn is a Bush alum, as are multiple people influencing the president’s decision making process on this.”

Multiple sources described how McGahn has shielded Kavanaugh from criticism in front of Trump due to their close relationship. In a private meeting with Trump about the nominee selection process Senate Judiciary Chairman Chuck Grassley had to inform the president of Kavanaugh’s potential hazards with the pro-life coalition. Trump was reportedly surprised that McGahn had not broached the subject with him previously.

The Daily Caller has reached out to the White House for comment.

“Trump’s list is full of great options for the Court,” says Wes Denton, communications strategist at Conservative Partnership Institute, “Yet Kavanaugh could be become an unnecessarily divisive nominee among conservatives, raising pro-life and libertarian concerns at a time when the right should be united.”

A key member of the Trump inner circle tells The Daily Caller that the pick should be a matter of momentum for the president. “Trump has given the grassroots a lot of winning,” the insider says. “The midterms are starting to look good. The base does not want to see a SCOTUS pick chosen by Heitkamp or Collins. They voted against more Bushes, Roberts, Obamacare and the DC cocktail circuit.”

“A Kavanaugh nomination would be the ‘amnesty’ of nominees.”