Alexandria Ocasio-Cortez, the upstart Democratic Socialist who shocked the political world in the June primary when she defeated 10-term incumbent Rep. Joseph Crowley of New York, once advocated for tax cuts when she was running a business of her own, uncovered news reports from 2012 reveal.

Ocasio-Cortez, 28, is a dues-paying member of the Democratic Socialists of America (DSA), an organization that calls for the abolishment of capitalism and argues that “private corporate property is not only wrong, but also nonsensical.” Her campaign platform calls for instituting a single-payer health care system, a federal jobs guarantee and housing as a human right, radical and expensive policies she says will be funded through raising taxes on corporations and high-income Americans.

But Ocasio-Cortez appeared to have a different outlook on capitalism and taxes in 2012 when she was running a business of her own, Brook Avenue Press, an incorporated publishing firm for children’s books set in the Bronx. As a business owner, she came out in support of a bill that would provide tax deductions for business start-up costs, arguing that taxes directly impacted her business profits.

“You don’t really make a profit in your first year,” Ocasio-Cortez told the now-defunct DNAinfo when she was 22. “To get taxed on top of that is a real whammy.”

Ocasio-Cortez was then a member of the Sunshine Bronx Business Incubator, a city-sponsored business hub that attracted dozens of entrepreneurs trying to get their businesses off the ground.

“You see a huge return on your investment here,” Ocasio-Cortez told the New York Daily News of her involvement with the Business Incubator. “People pay $500 an hour for consulting that we get for free by the water cooler.”

During her time in the business world, the self-proclaimed socialist tweeted out multiple articles by Paul Graham, an English-born entrepreneur and venture capitalist.

“Don’t try to construct the future like a building, because your current blueprint is almost certainly mistaken.” http://t.co/llgw7arC

Classic piece by Paul Graham, founder of Y Combinator: Why to Not Not Start a Startup http://t.co/LfvYzH4

She even gave entrepreneurial talks at Boston University, her alma mater, where she touted her partnership with the Sunshine Bronx Business Incubator designing “entrepreneurial curricula for those interested in launching their own enterprises.” Her primary interests were in “entrepreneurship and developing innovative, healthy, enterprising communities for generations to come,” according to her speaker page on Boston University’s website. (RELATED: DNC Chair: Socialist Ocasio-Cortez Is ‘Future Of Our Party’)

Ocasio-Cortez’s talk of the values of entrepreneurship, profits and lower taxes in 2012 are antithetical to the values she now espouses as a member of the DSA, an organization that marches the streets calling for the abolishment of profit. 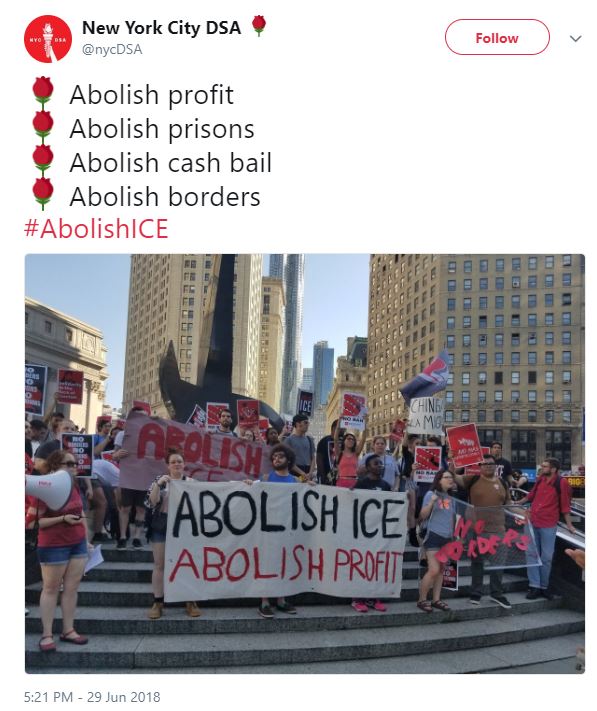 Ocasio-Cortez now rails against laws that cut taxes for businesses, such as the tax reform bill signed into law in December, which has been widely praised by small businesses. She claims the tax savings produced by the bill could have paid for health care and free public college for every American.

The enterprising capitalist-turned-socialist is now being touted by high-ranking Democrats as the future of the party.