Kid Rock came to the defense of James, a 37-year-old combat veteran and Detroit businessman, after a series of ads aired from GOP challenger Sandy Pensler. The two have traded jabs over support for President Donald Trump, with James referring to Pensler as “liberal” and Pensler labeling James a “phony.” (RELATED: Exclusive: Republican Senate Candidate Questions Trump’s Wealth, Says He Speaks Like A Fourth Grader)

The rock star blasted an email Friday calling on supporters to rally around James for the Republican nomination. James and Pensler are competing for the opportunity to challenge Democratic Sen. Debbie Stabenow, a three-term incumbent.

In the email, Kid Rock touts James as a “conservative outsider” who will make the liberals cry. He concludes with strong words towards Pensler calling his attacks on the combat vet “bullshit.” 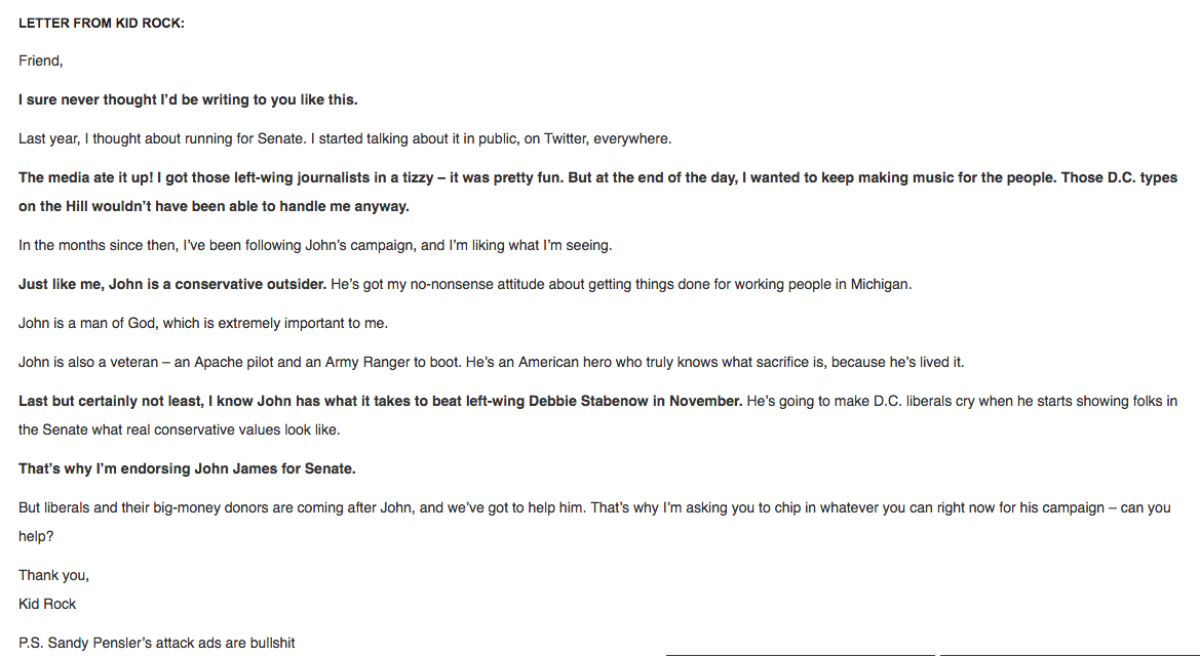 Kid Rock was originally rumored to be running his own race for Senate, however, the campaign turned out to be a publicity stunt. During his fake campaign, he raised $122,000, which he later donated to the College Republican National Committee Action voter registration drive. (RELATED: Kid Rock Will Not Run For Senate)

A poll conducted in May had Pensler +3 ahead of James but within the margin of error.