Republican political operative Roger Stone insists he did not pass any information sent to him by Russian intelligence front Guccifer 2.0 to the Trump 2016 campaign, he told The Daily Caller Friday.

Stone provided a screenshot of his conversation with Guccifer 2.0 to TheDC, which has previously been made public. The screenshot indicates his Twitter exchange was listed in a recent indictment by Special Counsel Robert Mueller. The indictment targeted 12 Russian nationals for orchestrating hacks on the Democratic Party and distributing them via social media during the 2016 presidential election.

The indictment confirmed that the account Stone was communicating with was a front for Russian military intelligence outfit the “GRU.” 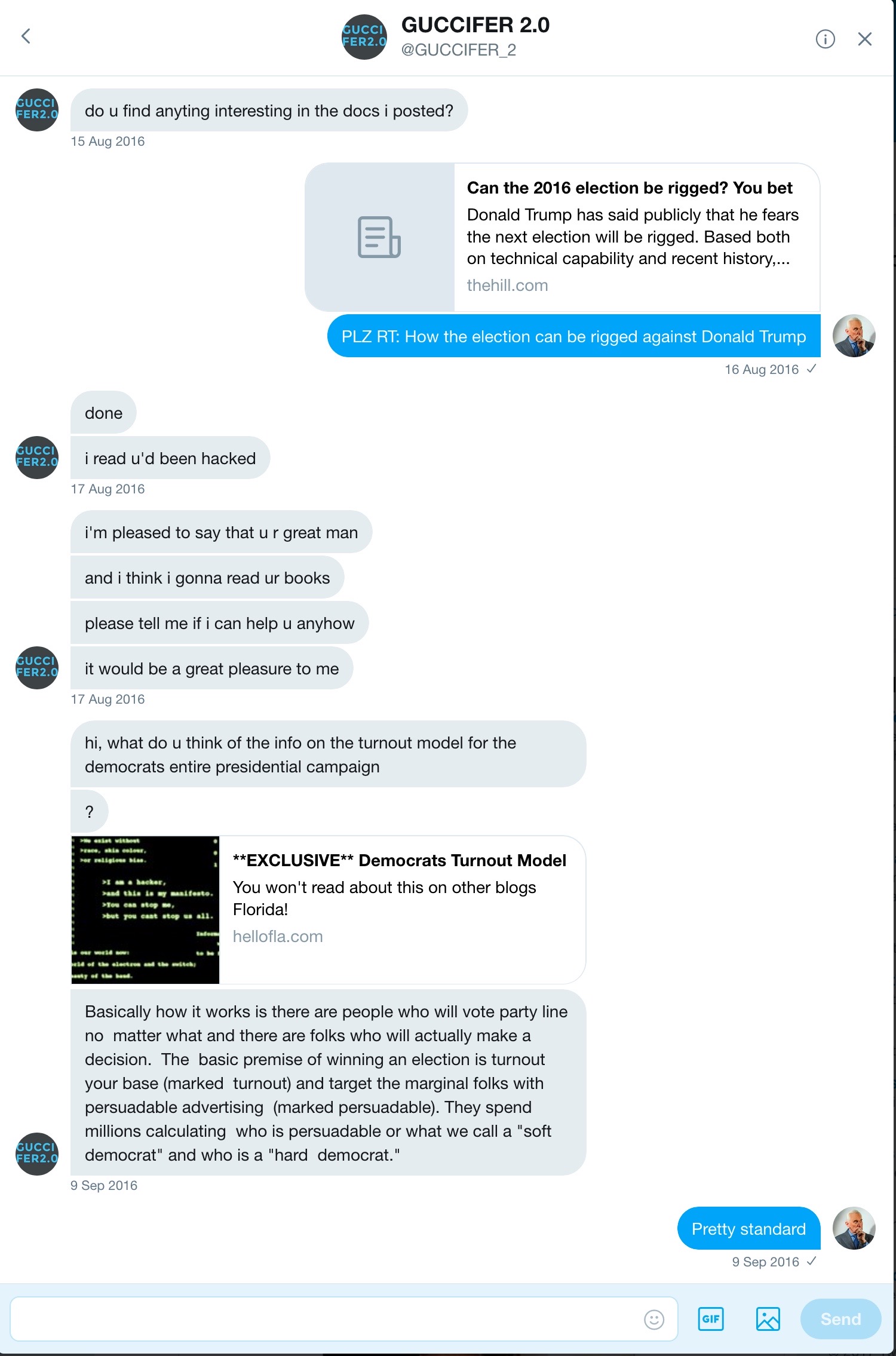 Read this passage and then remember that Roger Stone has said that he has communicated with Guccfier 2.0. pic.twitter.com/aqDY3I0yXK

Stone told TheDC he looked at the election model sent by Guccifer 2.0 and dismissed it immediately. “I passed it on to no one in the Trump campaign,” he said.

Stone continued, “As I testified before the House Intelligence Committee under oath, my 24-word exchange with someone on Twitter claiming to be Guccifer 2.0 is benign based on its content context and timing. This exchange is entirely public and provides no evidence of collaboration or collusion with Guccifer 2.0 or anyone else in the alleged hacking of the DNC emails, as well as taking place many weeks after the events described in today’s indictment.”