However, Russian President Vladimir Putin’s plea to the United States to rig the world oil market revealed the vulnerability of his own country.

“But nor are we interested in driving prices up because it will drain a lot of juices from all other sectors of the economy, so we do have space for cooperation here,” he added.

The Russian government is particularly sensitive to oil price volatility since its financing is heavily dependent on oil and gas revenue. In January, the Russian government exhausted its reserve fund by merging it with the National Welfare Fund to cover budget shortfalls, the country’s Ministry of Finance announced. 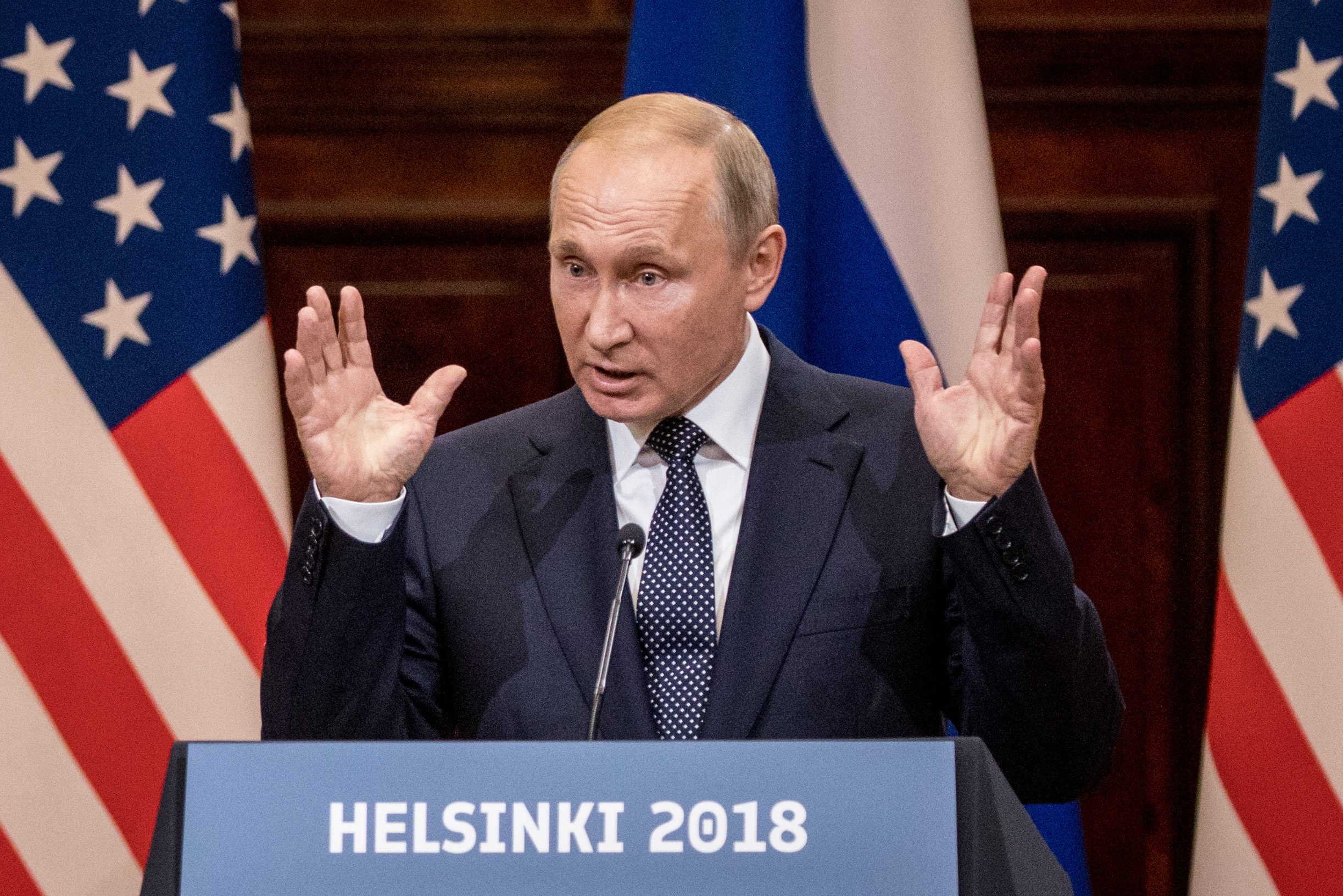 The $70-a-barrel threshold is one major benchmark for the Russian government’s budget forecasts; it represents the “break even” point, compared to its earlier boom years of $115-a-barrel.

While a November 2017 OPEC agreement to cut production has assisted Russia in maintaining oil prices, the continuing escalation of U.S. production of oil and gas has proved to be an ascending challenge for Russian foreign policy.

In April 2017, the United States became the world’s largest exporter of refined petroleum products and a net exporter of natural gas, the Center for Strategic and International Studied reported.

The increase in U.S. oil and gas production continues a trend extending back to the previous administration. As Forbes noted, the Trump administration’s decision to pull out of the Paris Climate Accord, its rollback of environmental regulations like the “methane rule” and fracking regulations, along with its increase of offshore and onshore drilling acreage should continue the U.S.’ aggressive participation in the global energy markets.

This is the last thing the Russian government wants. In January, the New York Times reported that the Trump presidency’s “oil boom” was giving the administration a new diplomatic “edge.”

“The new energy power also relieves pressure on Washington to act militarily if tensions between Iran and Saudi Arabia break out into war. And it gives Washington the leeway to apply sanctions on other producers — as it has in Russia, and may in Iran or Venezuela — with far less risk to the global economy,” the Times noted.

The Trump administration potentially granting exceptions to sanctions on Iranian oil further illustrates the United States’ clout in global energy markets. The economic sanctions became reinstated when the White House pulled out of the Iranian nuclear deal in May.

Secretary of State Mike Pompeo, in an interview with Sky News on June 10, suggested that certain countries may be granted waivers from U.S. sanctions on Iranian oil.

“Come November 4th, there will be a U.S. sanction that prevents crude oil from passing from Iran to other countries,” Pompeo said. “It will be sanctionable activity. We will enforce those sanctions. There will be a handful of countries that come to the United States and ask for relief from that. We’ll consider it.”

On Friday, Secretary of the Treasury Steve Mnuchin further indicated that the U.S. will consider lifting some Iranian oil sanctions, Reuters reported Monday.

“We want people to reduce oil purchases to zero, but in certain cases if people can’t do that overnight, we’ll consider exceptions,” Mnuchin said.

President Trump earlier said that he asked Saudi Arabia to boost its oil production, Reuters reported. Saudi Arabia has pledged a “measurable” increase, although it did not provide specifics.

Further showing Trump’s defiance of Russian prerogatives, the president made waves during his European visit in July by telling national leaders that Russia was holding Germany “captive” with its energy supplies.

“I have to say, I think it’s very sad when Germany makes a massive oil and gas deal with Russia where we’re supposed to be guarding against Russia,” Trump said in Brussels on Wednesday. “We’re supposed to protect you against Russia but they’re paying billions of dollars to Russia and I think that’s very inappropriate.” 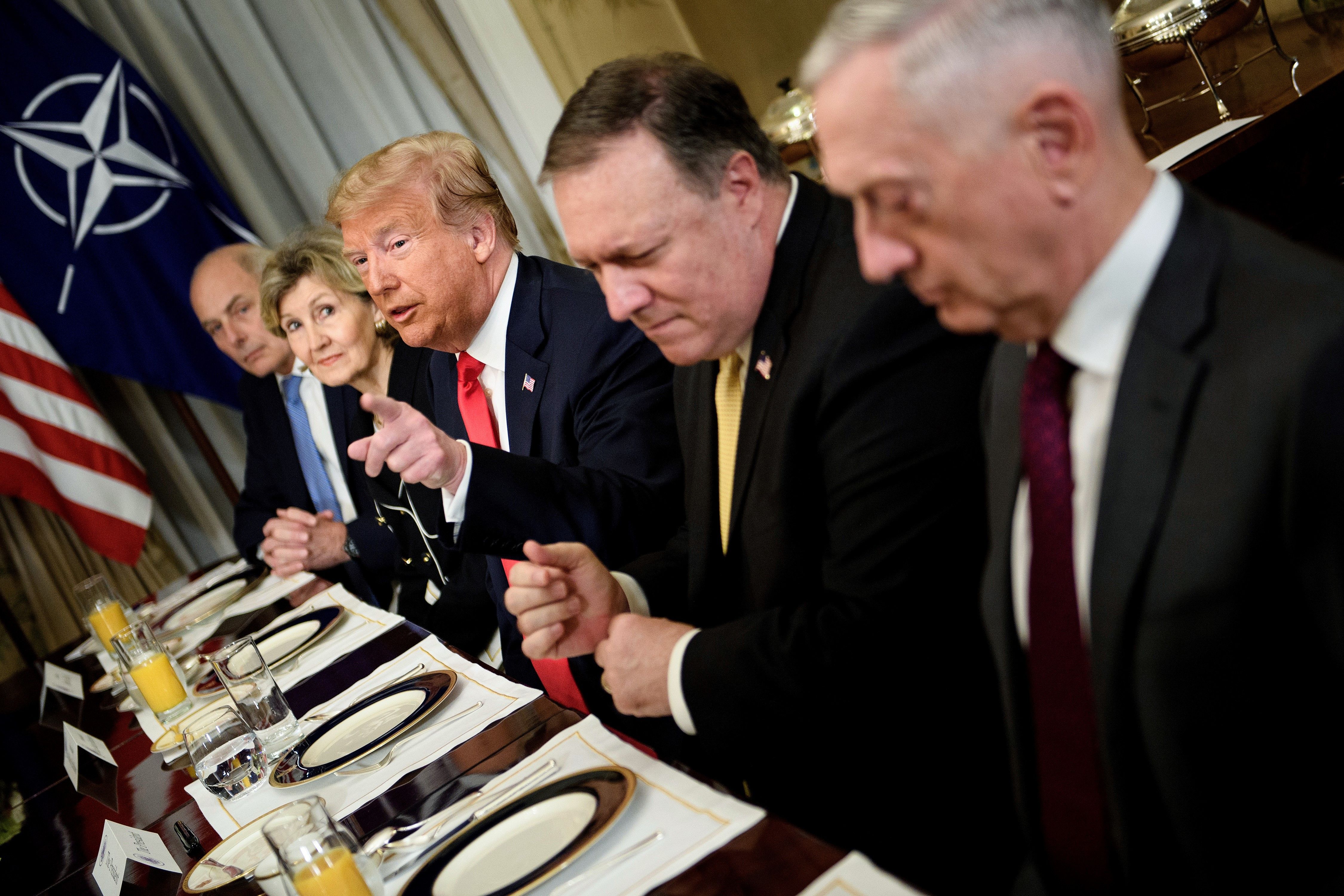 “Germany is totally controlled by Russia … They will be getting between 60 and 70 percent of their energy from Russia and a new pipeline, and you tell me if that is appropriate because I think it’s not,” Trump continued.

“Let me be clear about one crucial point. The United States will never use energy to coerce your nations, and we cannot allow others to do so,” Trump said at a 2017 speech in Warsaw. “You don’t want to have a monopoly or a monopolistic situation.”

“We are committed to securing your access to alternate sources of energy, so Poland and its neighbors are never again held hostage to a single supplier of energy,” he added.

The Trump administration indicated Monday it intended to compete with Russia in the EU energy market by exporting Liquefied Natural Gas (LNG) to Europe from the United States.

“We are going to be selling LNG and will have to be competing with the pipeline and I think we’ll compete successfully, although there is a little advantage locationally,” Trump said in Helsinki, as Bloomberg reported.

“I’m not sure necessarily that it’s in the best interest of Germany or not but that was the decision that they made,” he added.

While many political observers currently contend Trump is obedient to Putin’s bidding, at least when it comes to the Kremlin’s top foreign policy concern of the global oil and gas market, it is far from clear that this is the case.