Lindsay Lohan explained that she hasn’t experienced her own #MeToo moment and said she thinks “by women speaking against all these things, it makes them look weak.”

“I don’t really have anything to say,” the 32-year-old actress shared with the U.K. Times, according to W magazine Wednesday. “I can’t speak on something I didn’t live, right? Look, I am very supportive of women. Everyone goes through their own experiences in their own ways.” (RELATED: Lindsay Lohan Wants People To Stop Being Mean To Harvey Weinstein) 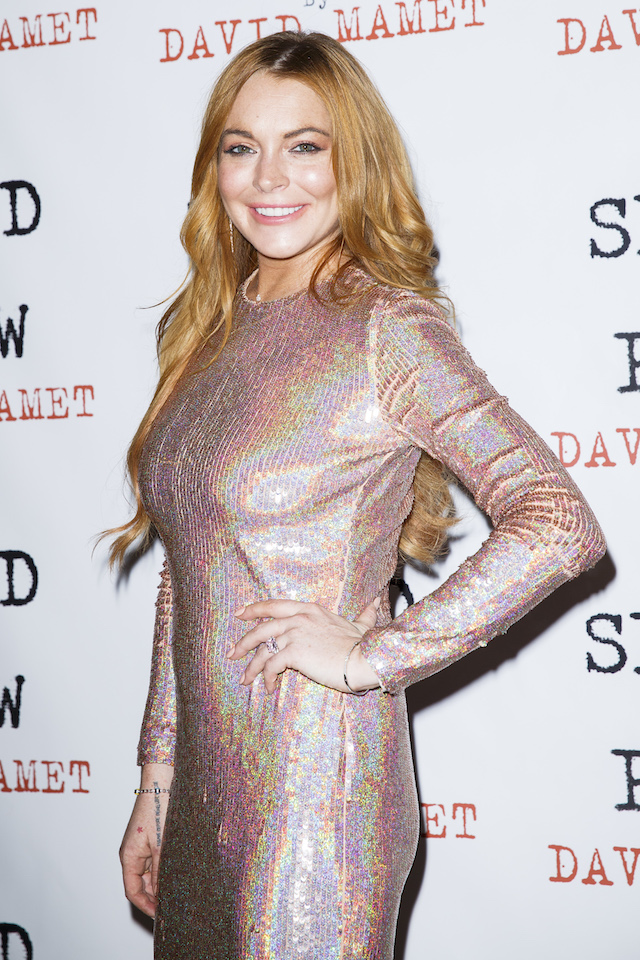 Lindsay Lohan attends the press night after party of “Speed The Plow” at Playhouse Theatre on October 2, 2014 in London, England. (Photo by Tristan Fewings/Getty Images)

“If it happens at that moment, you discuss it at that moment,” she added. “You make it a real thing by making it a police report. I’m going to really hate myself for saying this, but I think by women speaking against all these things, it makes them look weak when they are very strong women.”

“You have these girls who come out, who don’t even know who they are, who do it for the attention,” she continued. “That is taking away from the fact that it happened.”

It was not the first time, the actress has raised eyebrows with similar sentiment. Following the shocking exposés last October in The New York Times and The New Yorker–that detailed the allegations of sexual misconduct against disgraced movie mogul Harvey Weinstein–Lohan said that she “felt very bad” for him.

lindsay lohan (and her whack accent) is defending Harvey Weinstein on her insta rn. GOODBYE TO YOU FOREVER. pic.twitter.com/aMzvAOXPYp

“I don’t think it’s right what’s going on…he’s never harmed me or done anything wrong to me,” Lohan explained on an Instagram video. “We’ve done several movies together. I think everyone needs to stop. I think it’s wrong.”