A new poll purports to show that about a third of Democrats want to see Special Counsel Robert Mueller’s Russia investigation ended.

The poll, from Zogby Analytics, shows that 52 percent of all respondents want the investigation ended, including 32 percent of Democrats.

Of all respondents, 30 percent said that Mueller’s investigation should not be ended, and 18 percent were not sure. 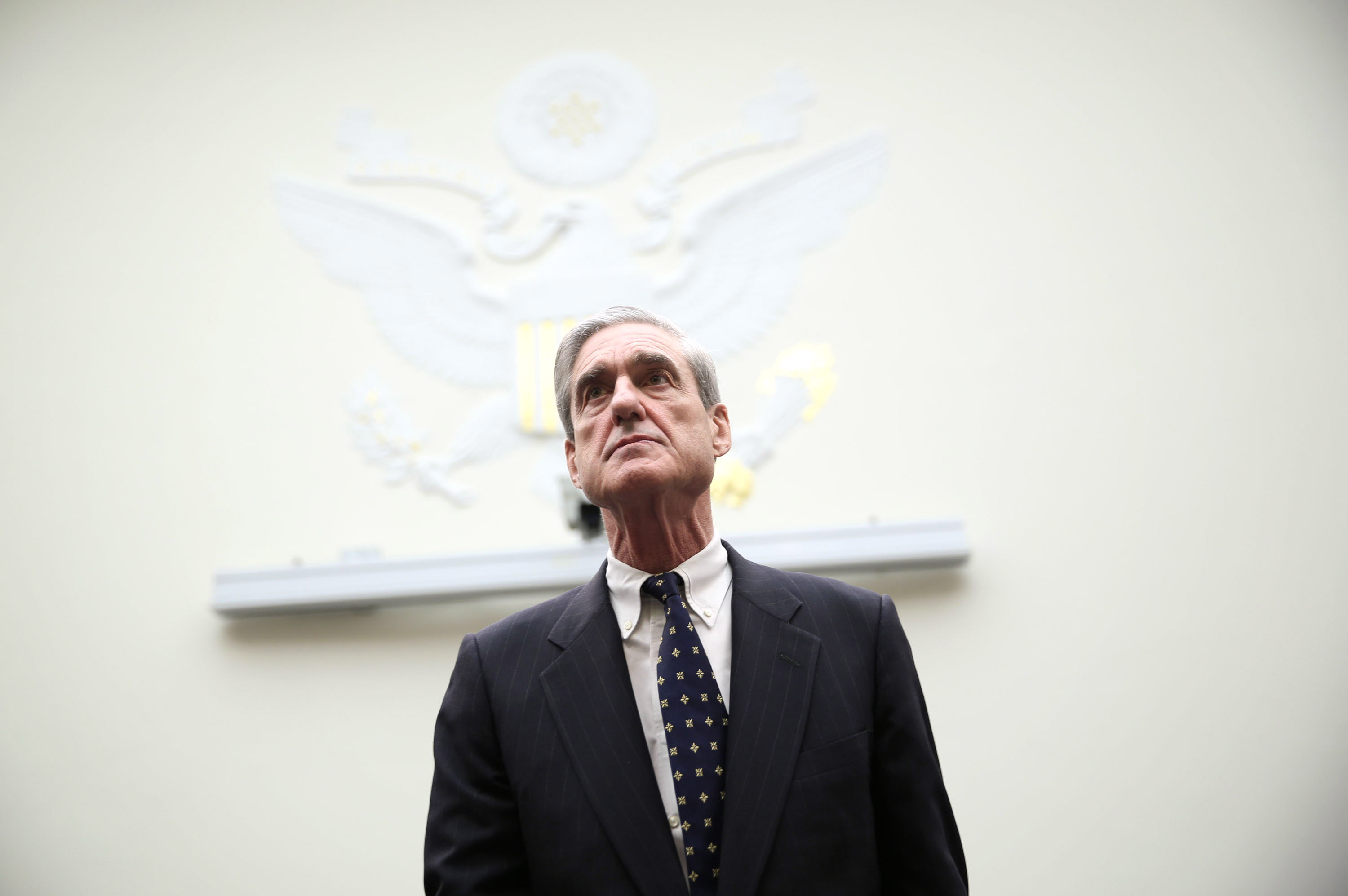 WASHINGTON, DC – JUNE 13: Federal Bureau of Investigation Director Robert Mueller arrives at a hearing before the House Judiciary Committee June 13, 2013 on Capitol Hill in Washington, DC. Mueller testified on the oversight of the FBI. (Photo by Alex Wong/Getty Images)

The poll was conducted through an “online survey of 1016 likely voters in the US.”

The Mueller investigation, which began after President Trump fired FBI director James Comey, has been going on for well over a year now and has failed to find any collusion between the Trump campaign and Russia.

President Trump has repeatedly gone after the investigation, saying that Mueller’s team is made up of “13 Angry Democrats,” even going after Mueller himself, who Trump characterizes as “highly conflicted.” (RELATED: TWEETSTORM! — Trump Goes After Michael Cohen, Directly Attacks ‘Highly Conflicted’ Mueller)

Arrived back in Washington last night from a very emotional reopening of a major U.S. Steel plant in Granite City, Illinois, only to be greeted with the ridiculous news that the highly conflicted Robert Mueller and his gang of 13 Angry Democrats obviously cannot find Collusion…

….,the only Collusion with Russia was with the Democrats, so now they are looking at my Tweets (along with 53 million other people) – the rigged Witch Hunt continues! How stupid and unfair to our Country….And so the Fake News doesn’t waste my time with dumb questions, NO,….