Amazon banned the sale of a gun book Wednesday for violating content guidelines, although the specific infraction itself remains unexplained.

“The purpose of this exercise is to give a physical analogy between computer code and books. Code is speech,” the book’s description said, according to Forbes. “This is a printed copy of .step files for the Liberator, and not much else. Don’t expect a gripping narrative; that’s being played out in the news and the courts.”

Cody Wilson, founder of the nonprofit digital publishing firm Defense Distributed, was issued a restraining order against publishing the code to making the gun on his website. Wilson argues the judge, U.S. District Judge Robert Lasnik, infringed on his First Amendment rights. 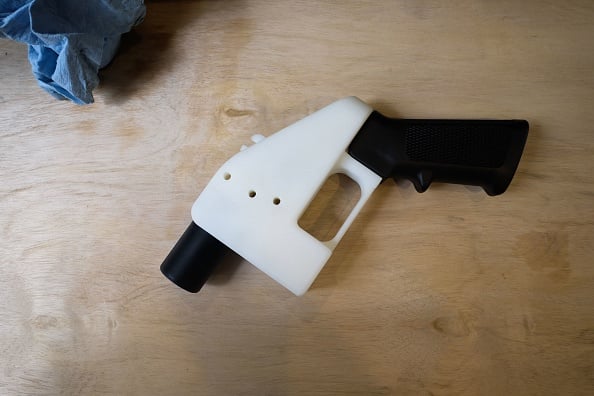 The book had been available for purchase since Aug. 1, according to The Washington Free Beacon, which was the day after the federal judge issued the temporary restraining order that prevented the publication of 3D-printed firearm blueprints.

The book was removed just a few hours after Forbes, which appears to be the first outlet to note the book’s existence in the news, published an article titled “Amazon Now Offers Cody Wilson’s 3-D Printed Gun Code In Book Form” on Wednesday.

Certain products have always been banned from Amazon, such as the sale of extremist products or human body parts. Amazon will remove them if it detects them. Otherwise, items can be reported and Amazon will review the product in question to determine if it has violated any policies.

It’s unclear if the book was independently reported or if Amazon banned it without it being reported. Amazon didn’t have any additional comments about how or why the book was banned. (RELATED: Amazon Removes Some Nazi, KKK Products After Review)

The legality of 3D-printed firearms has been debated by lawmakers recently as the press has been covering it more. Specific aspects of 3D-printed accessories, such as untraceable ammunition, have been illegal for decades, The Daily Caller reported. Additionally, making firearms that cannot be detected with metal detectors or X-rays is also already illegal.

President Donald Trump questioned whether or not 3D-printed firearms should be legal. In a tweet on July 31, Trump said he is “looking into 3-D Plastic Guns being sold to the public. Already spoke to [the National Rifle Association], doesn’t seem to make much sense!”

As the Free Beacon notes, Adolf Hitler’s “Mein Kampf” and Karl Marx’s “Communist Manifesto” are both available for purchase on Amazon.