Childish Gambino walked off stage in the middle of his concert Sunday night in Dallas and never returned after reportedly injuring his foot.

Before the show was over, the 34-year-old singer — born Donald McKinley Glover Jr. — ended up somehow breaking his foot while performing at the American Airlines Center in Texas, a source with the concert venue told TMZ on Monday. 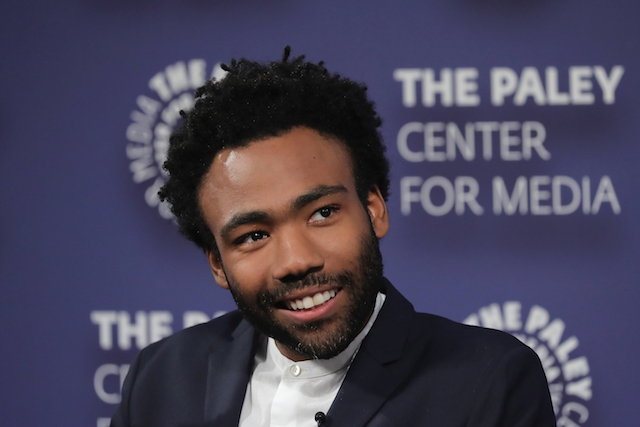 How it happened is still unclear. One concertgoer claimed that the incident occurred when Gambino was attempting to do splits during his show. Another person, however, said he injured it during some kind of dance step.

In a video that surfaced on Twitter, he tells the crowd goodbye and said will see them soon. But no other information was given.

The audience was reportedly unsure what happened and kept thinking he was going to come back out for an encore, as he hadn’t yet performed two of his biggest hits, “Redbone” and “3005.”

An announcement finally came over the loud-speaker that the concert was over.

The show was part of his “This Is America Tour” and Glover Jr. repeated once more that it would be his last tour ever.

Following the “Atlanta” star’s win at this year’s Grammy Awards, he shared that he was done making music.

“I stand by that,” Glover shared. “I’m really appreciative of this. I’m making another project right now, but I like endings, I think they’re important to progress.”

1
'Lost The Credibility': WHO Faces Mounting Backlash For Aiding China's Coronavirus Cover Up
World
2
Was The Stockpile Shortage Under Obama A Result Of The Tea Party? Not So Fast
Media
3
REPORT: More Than 40,000 People Have Arrived In The US From China Since Trump Restricted Travel
World
4
California Providing Millions Of Dollars For Illegal Alien Business Owners
Politics
5
Democrats Introduce Bill Giving Coronavirus Relief To Illegal Aliens
Politics