Were Rod Rosenstein to resign as deputy attorney general, the Department of Justice’s rules of succession dictate that Solicitor General Noel Francisco would assume his post, pending President Donald Trump appointing someone outside the rules of succession.

Francisco is currently the third-highest ranking official in the Department of Justice and would take over supervision of the Robert Mueller-run special counsel investigation, which has been ongoing since May 2017. Francisco would hypothetically have the authority to fire Mueller and end the investigation, were he to assume the new position.

Francisco has rock-ribbed conservative credentials. He is a veteran clerk of late Supreme Court justice Antonin Scalia and worked for the George W. Bush legal team during the Florida recount and the Bush White House as associate counsel to President Bush. Francisco worked for the Department of Justice in the Bush administration before moving back to private practice, where he argued multiple cases before the Supreme Court.

Interestingly, Francisco is no fan of special counsels and is a firm advocate for the president’s constitutional power to shape the bureaucracy around him. He rebuked the vast investigative authority of “career prosecutors” looking into presidential administrations and has argued before the Supreme Court that the president has the authority to directly hire-and-fire every federal official who are behaving in a “subordinate” manner.

Francisco wrote, “The Constitution gives the president what the framers saw as the traditional means of ensuring accountability: the power to oversee executive officers through removal. The president is accordingly authorized under our constitutional system to remove all principal officers, as well as all ‘inferior officers’ he has appointed.” 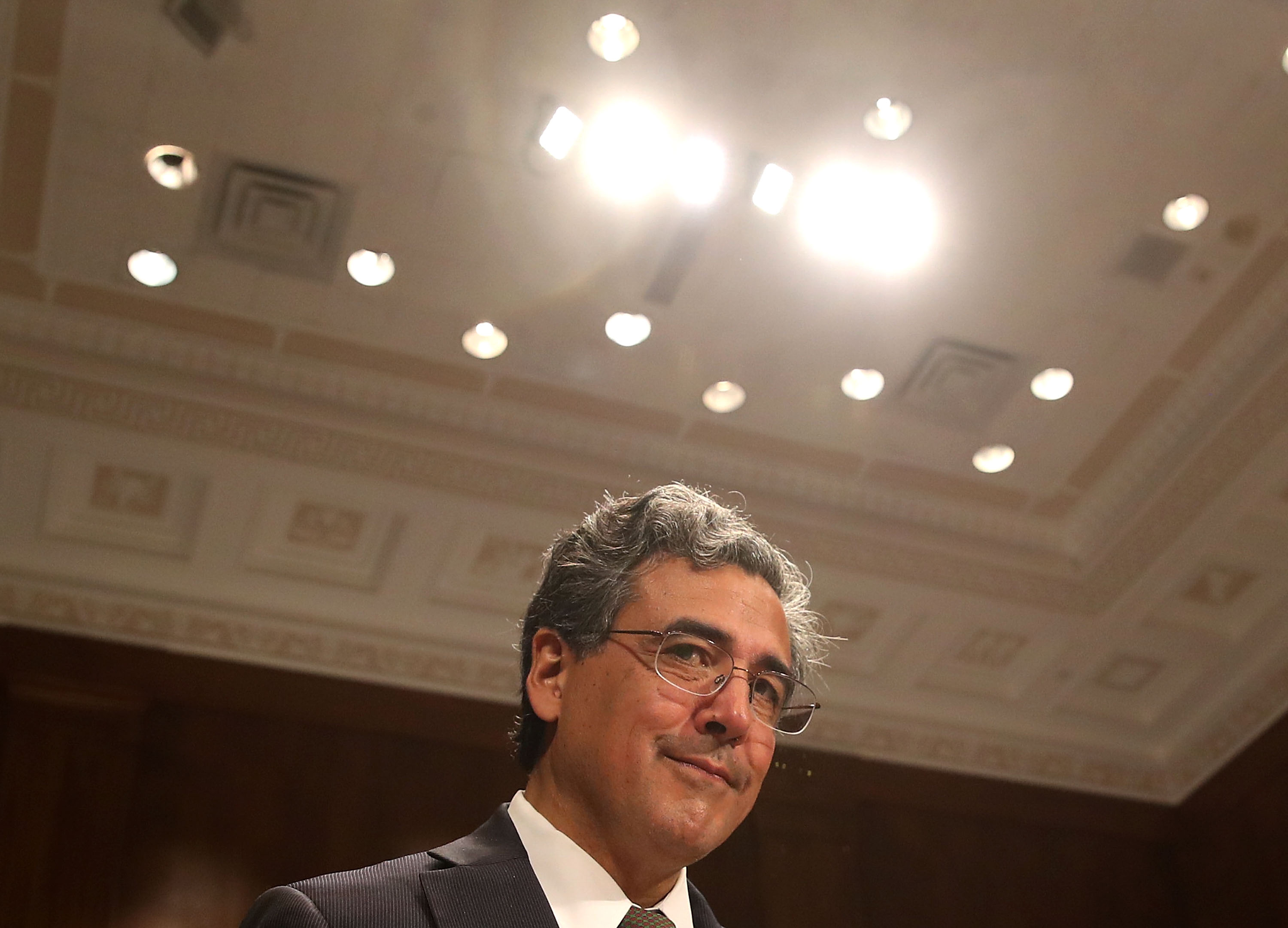 According to Law and Crime:

He continued, saying, “My own personal belief is that when you hand these issues off to the career prosecutors in the public integrity sections in the U.S. attorneys’ offices in the Department of Justice, those attorneys are generally better able to assess whether a case should be pursued.”

Francisco believes the Constitution empowers the president to directly hire-and-fire each and every official who has power via the executive branch. Appearing before the Supreme Court in February of this year during a case regarding administrative law judges at the Securities and Exchange Commission, Francisco argued, “The president’s constitutional responsibility to faithfully execute the laws requires adequate authority to remove subordinate officers.”

The solicitor general continued, “The framers understood the close connection between the president’s ability to discharge his responsibilities as head of the executive branch and his control over its personnel. … The president’s ability to execute the law is thus inextricably linked to his authority to hold his subordinates accountable for their conduct.” 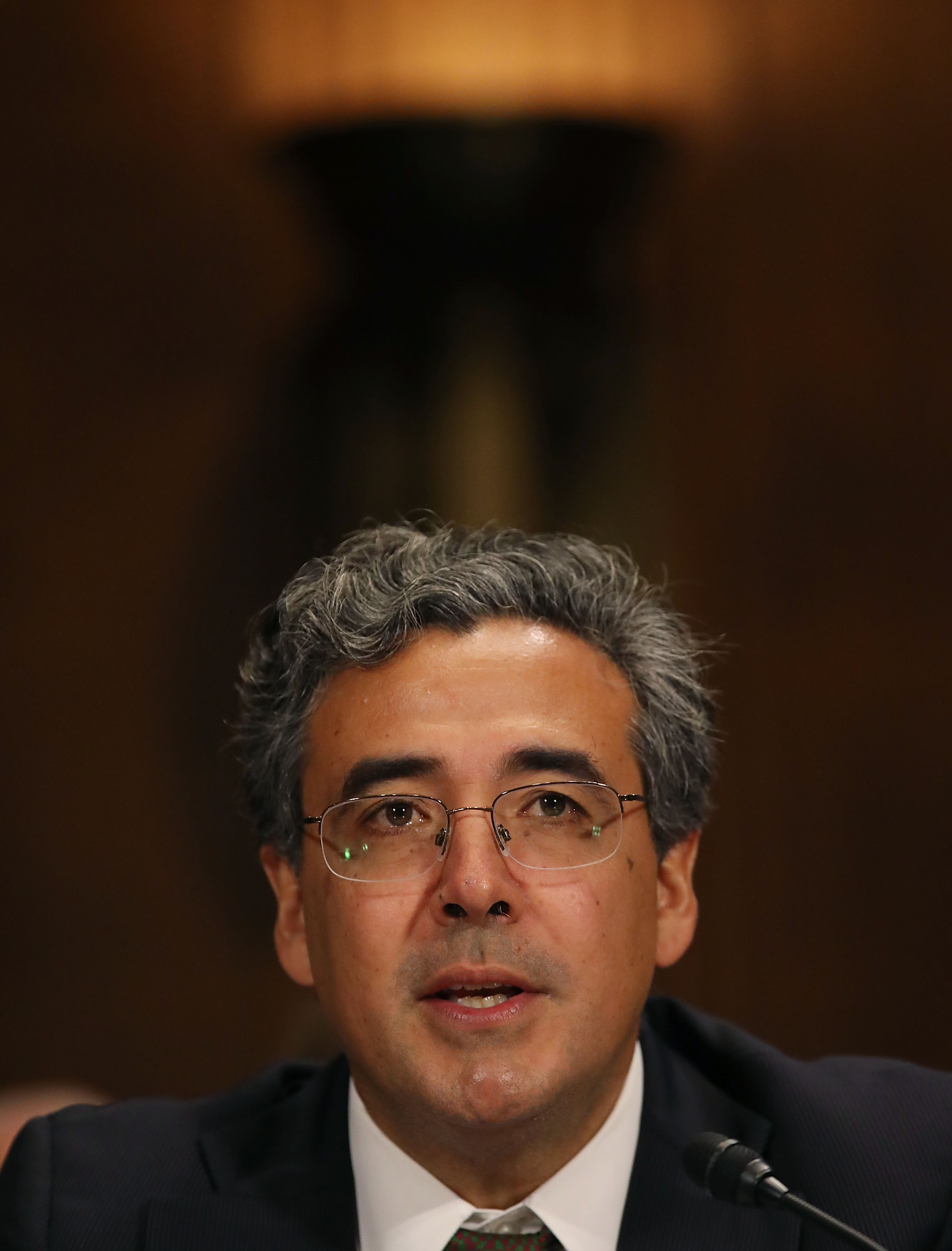 Francisco has also publicly rebuked former FBI Director James Comey for refusing to prosecute Hillary Clinton for her misuse of government email and classified information. The op-ed accuses Comey of treating Clinton with “kid gloves” and cow-towing to powerful “political interests” in the controversial 2016 case.

Francisco has also come out on the record supporting some of the more more controversial policies of the administration, including Trump’s travel ban.

Texas Republican Sen. Ted Cruz recently raised the prospect of Noel Francisco being on the Supreme Court, were the Kavanaugh nomination to fall through.

“Number one, U.S. Solicitor General Noel Francisco — he just argued and won the travel ban case in front of the Supreme Court — would make a phenomenal justice,” Cruz said.